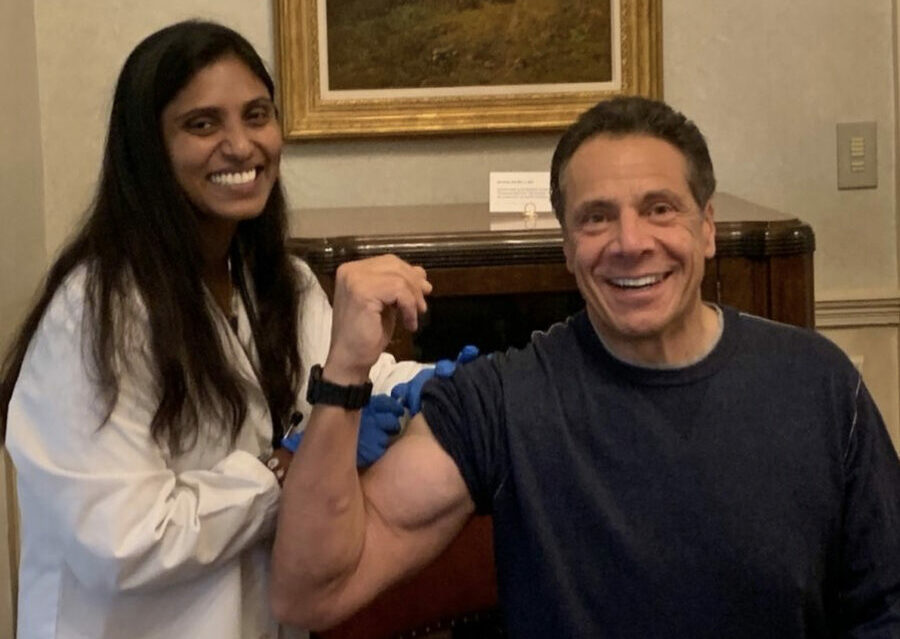 One moment he was one of the brightest lights in the Democratic Party, a likely pick to be the future President of the United States. The next moment, leaders in his own party, even within his own state, were calling for his resignation. One moment, he was an Emmy Award-winning superstar. The next moment, he was the scandal-plagued subject of tabloids. What can we learn from all this?

I do not write this as Gov. Cuomo’s judge or jury or even accuser. Instead, I write this as someone always seeking to learn from the failings of others with a view to examining my own life. And while we do not yet know how the story will end – as of this writing, he is steadfastly refusing to resign – we can already learn some valuable lessons.

1) No One is Untouchable

No one is untouchable. It must have been very heady being Andrew Cuomo in 2020. Despite the high death rates in the nursing homes of New York, he was actually awarded an Emmy for his press conferences on the coronavirus. That is beyond extraordinary.

There was even a new term coined, Cuomosexual, wherein famous celebrities expressed their affection and even lust for the single governor. Talk about something that will stroke your ego.

But the biblical principle is firm. Pride goes before destruction. (See Proverbs 16:18.) The more that people praise you and look up to you, the lower you need to go in your own view of yourself. The high peaks of fame can be quite intoxicating, but those dizzying heights have caused many to fall, and fall badly at that.

2) Don’t Believe Your Own Hype

Don’t believe your own press reports. Jesus once said, “Woe to you when all men speak well of you, for so their fathers did to the false prophets.” (See Luke 6:26.)

The reality is that, at best, we are flawed and weak human beings, and there are no superheroes among us. And if we fall into the trap of living by praise, we will ultimately fall into the snare of dying by criticism.

Never take those praises too seriously. We know how far short we ultimately fall.

As for the criticisms that come against us, Charles Spurgeon once said, “Brother, if any man thinks ill of you do not be angry with him; for you are worse than he thinks you to be.”

3) Take Heed Lest You Fall

If you think that you stand, take heed lest you fall. These were Paul’s words in 1 Corinthians 10:12, and they reinforce the points we have been making.

Just think of the power. The influence. The prestige.

Your father was also a governor over this powerful state, making you part of a political dynasty. Your brother is a well-known figure on CNN. The late-night talk show hosts adore you. And you are one of the more desired single man in America.

Surely you have power over other women, especially those in your employ. Surely you have special liberties to which no one can object. After all, you are privileged.

Be careful! Carnal security is very fragile in the end.

4) Don’t Leave Skeletons in Your Closet

Don’t leave skeletons in your closet. All of us have done things that we regret. Some are very minor, like a wrong word spoken at the wrong time or an insensitive comment. Some of them are weightier, and some absolutely dreadful.

That’s why it is imperative that we make things right while we have the opportunity, both with God and with people.

And we must get to the root of the issues in our lives, making a clean break with the past and moving forward in a positive direction.

God Himself will honor that, and despite today’s cancel culture, most Americans are forgiving, especially when they see a genuine heart of repentance.

The book of Proverbs speaks to this as well: “Whoever conceals their sins does not prosper, but the one who confesses and renounces them finds mercy” (28:13).

5) God Cares About the Elderly

God cares about the elderly. Many are concerned right now that Cuomo’s alleged sexual scandals will outweigh the alleged nursing home scandals. And while we still don’t know the full details of what happened, there is good reason for outrage.

How do the families of the elderly victims of the virus feel about the governor’s policies? How do they feel about hospital beds being cleared to make way for younger patients, while those who were infected with the virus were sent to the nursing homes?

And even if this was a terrible decision made under duress, what of the very serious charges that Cuomo doctored the reporting of the numbers of fatalities for political purposes, all while attacking Pres. Trump’s handling of the pandemic?

If, in fact, Gov. Cuomo was guilty of gross mistreatment of the elderly, that is something that would rightfully bring his administration down. God cares about the elderly and so should we.

6) Don’t Gloat When Your Enemy Falls

Rather than gloat, we should focus on our own lives, recognizing we could be next. Gloating over the fall of our rival is never godly.

To be sure, Gov. Cuomo doesn’t know me from Adam, and I doubt that he will ever see these words.

But I write this for all of us, and wherever the shoe fits, may we wear it.

Either we humble ourselves now, make the necessary changes, and do what is right, thereby receiving mercy and grace, or we reap what we sow.

I suggest the former. Mercy is always better than justice.