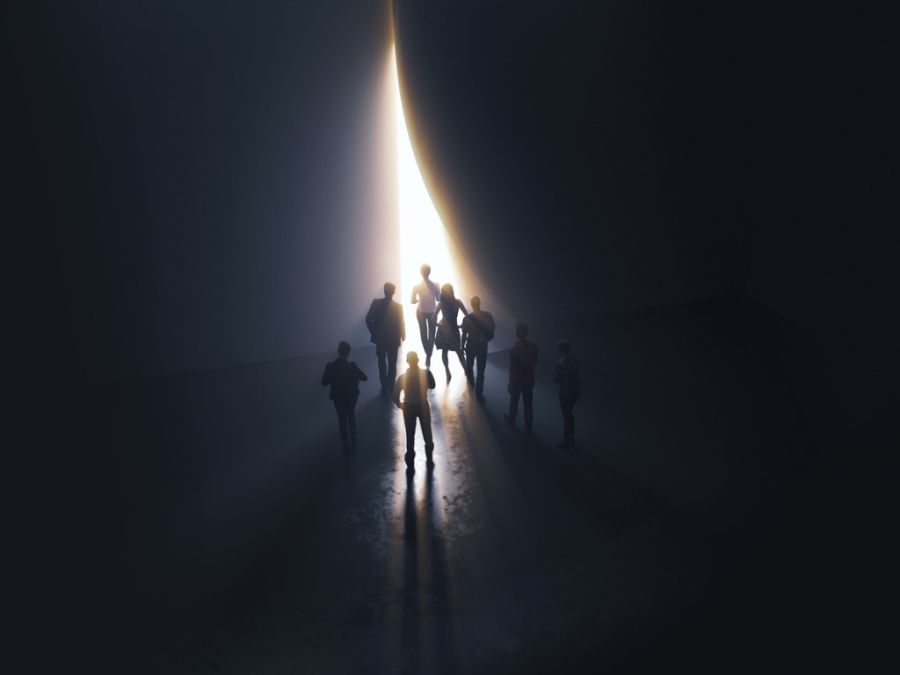 Barring another unexpected calamity, the next four months will be dominated by news about Donald Trump vs. Joe Biden. Election fever will burn hot, national divisions will run deep, and the news cycle will shift into yet another, frenzied gear. Yet all of this will miss the point of what matters most in our society. We must return to the gospel.

Are the November elections important? Absolutely.

Should we get out and vote our conscience? Without a doubt.

Are the choices before us stark, as in the choice between democracy and mobocracy? I believe so.

But the best outcome of the November elections is that national collapse is delayed just a little bit longer. There must be an awakening in our land, starting with massive revival in the church.

There Must Be an Awakening

Anything less than that is merely putting a band-aid on a cancer patient.

As I tweeted on July 16, “I plan to vote for Trump in November, but does anyone really think that four more years of Donald Trump (or any potential candidate on either side) will really turn the tide in our nation? That’s why I put my ultimate focus on prayer, repentance, preaching the gospel, & revival.”

Really now, if you look at the massive problems in America today, from racial tension to a pandemic, from opioid addiction to violent crime, from fatherless homes to voiceless pulpits, what can a political candidate do? Even appointing hundreds of solid judges, which is incredibly important and can have a lasting effect, is treating the symptoms more than curing the disease.

And I Mean the True Gospel

But by “the gospel” I do not believe the American version of the gospel, the “success in life” version where the pastor sounds more like a life coach than a preacher.

I do not believe the “me first” version of the gospel that is sounded from pulpits across the nation, as if God is here to serve us rather than us being here to serve Him.

I do not mean the contemporary gospel of empowerment, where Jesus dies to make us into a bigger and better version of ourselves, in contrast with the biblical version, where we die with Him in order to live a new life in God.

I do not mean the “no repentance” gospel, whereby we continue to live sinful, compromised lives while getting rid of guilt, shame, and lack of self-esteem. (This one is especially popular with famous celebrities, for whom Jesus is really cool add-on to their already amazing lives.)

But it does mean that we put first things first. It does mean we keep our priorities in order.

That’s why the final chapter in my just released book Evangelicals at the Crossroads: Will We Pass the Trump Test? lays out a ten-fold strategy for the church today, beginning with: “We must clearly and emphatically put the cross before the flag.”

As I wrote in the book, “Throughout much of Church history, this has been easily done, since the countries in which we have lived have often been overtly hostile to our faith. In the first centuries of the Church, as Christians were persecuted by Rome, I don’t believe that ‘making Rome great’ or ‘keeping Rome great’ was high on their list. Rather, while seeking to remain obedient citizens of the empire, as much as was possible, their focus was simple and clear: We must preach the gospel. We must win the lost. We must make disciples. We must extend the kingdom of God.

“And so, as Nero was slaughtering Christians, they were not thinking to themselves, ‘May Rome be great again!’ They were thinking, ‘May the people of the Roman Empire come to know Jesus! May Nero repent and be saved! May the kingdom of God replace the kingdom of Rome!’”

That remains the hope of our nation: the kingdom of God coming power through the preaching and living of the gospel which will then affect every area of society. There is no other way.