Is It a Sin for a Christian to Be Obese?

God is offering you a better way, a way of discipline, self-control, healthy eating and vibrant life. 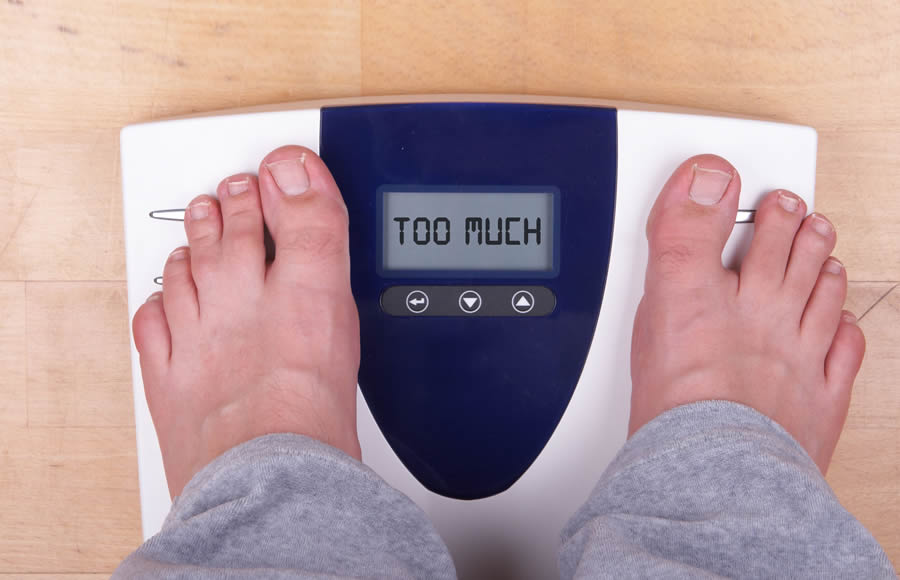 Is it a sin for a Christian to be seriously overweight? When responding to this question, we should answer it for ourselves and not for others, since there are many potential reasons for people to be overweight and we don’t want to pass judgment on them based on outward appearance alone (see John 7:24).

We know that a small percentage of people have a medical condition that contributes to their obesity, such as a thyroid disorder, while others struggle with emotional traumas, like depression or abuse, and they eat out of pain and despair. And there are women who have had several children in a short period of time and find it very challenging to juggle the challenges of life — often on limited sleep — and lose weight at the same time.

It would be very wrong to pass judgment on any of these people, as if they were sinning by being heavy, and that’s why I said upfront that, however we answer the question about Christians and obesity, we need to do it for ourselves, looking in our own mirrors.

We also need to remember that most Christians (not to mention people in general) who are overweight — especially seriously overweight — hate being fat, and some even feel self-condemned. The last thing we want to do is heap more condemnation on them and make them feel worse. They need some hope and encouragement. My goal in addressing this sensitive issue is to lift you up, not beat you up.

And we live in a culture that prizes youthful, air-brushed, perfect-looking bodies, putting young people in particular (and even women in general) under tremendous pressure to look a certain way. That too is a destructive mentality that we must resist.

That being said, if our body is destroyed by unhealthy eating, that is a serious matter, and if my obesity is due to gluttony or lack of self-control or choosing fleshly indulgences to the detriment of my health, then yes, it is sinful for me to be obese.

It is true, of course, that the Bible never says that the glutton will not enter the kingdom of heaven, but it is also true that the Bible speaks about gluttony in very negative terms: “Be not among drunkards or among gluttonous eaters of meat, for the drunkard and the glutton will come to poverty, and slumber will clothe them with rags” (Prov. 23:20–21). And, “The one who keeps the law is a son with understanding, but a companion of gluttons shames his father” (Prov. 28:7).

Dictionary.com defines glutton as “a person who eats and drinks excessively or voraciously.” Does that describe me or you?

Jesus was falsely accused of being both a drunkard and a glutton. If He was guilty of either, He would not have been the sinless Son of God.

Consider what Paul wrote in 1 Corinthians 9:

Do you not know that in a race all the runners run, but only one receives the prize? So run that you may obtain it. Every athlete exercises self-control in all things. They do it to receive a perishable wreath, but we an imperishable. So I do not run aimlessly; I do not box as one beating the air. But I discipline my body and keep it under control, lest after preaching to others I myself should be disqualified (1 Cor. 9:24-27).

Notice carefully what Paul is saying, since we often miss an important point in this passage. Paul is urging us to run with success the race of fulfilling God’s purposes for our lives, and he contrasts our reward, which is imperishable, with the reward of an athlete, which is perishable. But don’t miss what Paul said in the midst of his exhortation: Athletes who compete in the games (similar to the Olympics today) exercise self-control in all things. So do we! As translated in the NIV, “They do it to get a crown that will not last, but we do it to get a crown that will last forever” (1 Cor. 9:25, my emphasis).

Can we say the same thing about ourselves? Are we disciplined in all things? Have we subdued our bodies (cf. 1 Cor. 9:27a in the NET) when it comes to food?

Proverbs gives us a strong warning about being out of control with our appetites when in the presence of rulers: “When you sit down to eat with a ruler, observe carefully what [or, who] is before you, and put a knife to your throat if you are given to appetite” (Prov. 23:1-2). As the Pulpit Commentary explains, “‘Stab thy gluttony,’ Wordsworth. Restrain thyself by the strongest measures, convince thyself that thou art in the utmost peril, if thou art a glutton or wine-bibber (Ecclus. 31:12, Ecclus. 34:12).” In the words of Matthew Henry, “The sin we are here warned against is luxury and sensuality, and the indulgence of the appetite in eating and drinking, a sin that most easily besets us.”

I wonder what Matthew Henry would have said if he lived today and saw the portions we are served in our restaurants!

We must ask ourselves if the way we are eating is in harmony with our biblical calling, a calling which includes discipline and self-control. In fact, according to Paul, one of the fruits of the spirit is self-control (Galatians 5:23), with the Greek word meaning, “restraint of one’s emotions, impulses, or desires, self-control” (Bauer-Arndt-Gingrich-Danker lexicon). As one commentator explains, “‘self-control’ … denotes control of more sensual passions than anger” (F. F. Bruce).

Notice what Paul has to say about dangerous false teachers: “For many are walking in such a way that they are the enemies of the cross of Christ. I have told you of them often and tell you again, even weeping. Their destination is destruction, their god is their appetite, their glory is in their shame, their minds are set on earthly things” (Phil 3:18-19, MEV). Or, as the relevant phrase is rendered in different versions “their god is their stomach” (HCSB); they “make their bellies their gods” (The Message); “whose God is the stomach” (LEB). How interesting that these heretics were also slaves to food!

Does that describe you? Is your stomach your god? Are you a slave to your appetite?

If so, I have good news for you: God is not condemning you! Instead, He is offering you a better way, a way of discipline, self-control, healthy eating and vibrant life. But, if He has convicted you through this article, I encourage you to confess your bad eating habits as sin, asking the Father for mercy and forgiveness, believing that Jesus paid for this sin as well, and trusting God for grace to overcome. With His help and with a good plan, you can do it!

Some of this article was excerpted from the new book Nancy and I wrote, Breaking the Stronghold of Food: How We Overcame Food Addictions and Discovered a New Way of Living. In this book, we fill you with encouragement, tell our own stories with candor, and point you towards a healthy, life-long, super-blessed plan.

No Cheat Days and No Exceptions: A Key to Sustaining a Healthy Lifestyle