Sign This Petition and Proclaim that Biology Is Not Bigotry 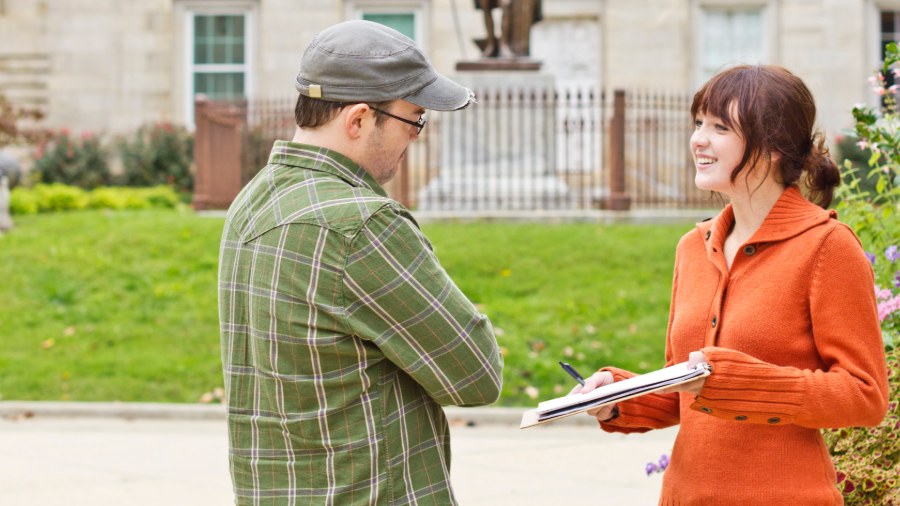 Before looking at the controversy, let’s look at the petition.

The petition begins by saying, “We, the undersigned medical, legal, and policy organizations and individuals applaud the Trump Administration’s intention to uphold the scientific definition of sex in federal law and policy, such that girls and women will regain their sex-based legal protections, and the human rights of all will be preserved.”

The petitioners applaud a memo leaked from the Department of Health and Human Services (HHS) in October. They hope that the HHS will continue “leading an effort to have a uniform, scientifically based, definition of sex across the various agencies.”

This is in response to efforts by the Obama administration to conflate biological sex with gender expression. His redefinition of sex changed the intent of some key federal laws.

Instead, the petition states the following:

1) According to the Institute of Medicine, sex is a narrowly defined biological term.

2) Human sex is a binary, biologically determined and immutable trait from conception forward.

3) Sex differences are real and consequential.

4) Individuals who identify as transgender deserve optimal medical treatment that is influenced by biological sex.

5) Sex is not a spectrum; congenital disorders are not additional sexes.

6) Gender identity is not an immutable trait found anywhere in the body, brain or DNA.

7) The claim that upholding the scientific definition of sex will increase suicide among transgender identifying people is false.

8) Upholding the scientific definition of sex in law and policy protects everyone’s right to privacy, protection and equal treatment — especially that of girls and women.

9) As the biological men and women they are, transgender-identified individuals possess the same human dignity and right to the equal protection of the law as all Americans.

All this seems fairly straightforward. To summarize, the petition makes clear some key points: That there are only two sexes, male and female. That those who are biologically or chromosomally intersex suffer from congenital disorders and do not constitute other sexes. And that those who do not feel at home with their biological sex (i.e., transgenders) should be treated with dignity and respect under the law.

An Opposing Statement Highlights the Controversy

Contrast this with a recent statement from the American Association of University Professors (AAUP). According to FaithWire, the AAUP is “one of the country’s leading faculty unions.” It rebukes “what it sees as ideologues standing in the way of ‘science’ by holding to the belief that there are only two sexes — male and female.”

The statement, also issued in response to the leaked HHS memo (along with a strong, conservative stand taken by Hungary’s Prime Minister Orbán) makes this claim: “As part of a broader attack on civil rights, gender would be narrowly defined as ‘a biological, immutable condition determined by genitalia at birth.’ The US Department of Health and Human Services (DHSS) seeks to codify gender as determined ‘on a biological basis that is clear, grounded in science, objective, and administrable.’”

To be clear, the debate involves definitions as well as concepts. Is gender the same as sex?

But at root, the issue is clear. These professors strongly oppose “a legal definition of gender as binary.” Yes, “Attempts to fix the meaning of gender are not simply moves against the ‘special interests’ of certain individuals, although trans, intersex, nonbinary, and gender nonconforming people — and especially poor people and people of color — will disproportionately suffer for it.”

Indeed, in the spirit of liberalism, the statement had to mention “poor people and people of color.”

And in the spirit of academic elitism, the statement had to claim, “Politicians and religious fundamentalists are neither scientists nor scholars. Their motives are ideological. It is they who are offering ‘gender ideology’ by attempting to override the insights of serious scholars. By substituting their ideology for years of assiduous research, they impose their will in the name of a ‘science’ that is without factual support. This is a cynical invocation of science for purely political ends.”

In other words, we know better. We are educated. We are scientists. We are free of bias. We have no agenda, no ideology, no underlying worldview. We only utter the truth.

And what would these professors say about the scientists and scholars and professors who were the initial signers of the petition? They are obviously bigots, and bigots cannot be taken seriously. And we know they are bigots because they differ with us.

Of course, this argument breaks down immediately, based on verifiable facts.

It also breaks down based on some of the initial signers, including Prof. J. Michael Bailey, a clinical psychologist celebrated in LGBT circles for his book The Man Who Would Be Queen: The Science of Gender-Bending and Transsexualism. Yet he, too, signed the petition.

Now, you can sign it as well, since “the on-line form of this document may be signed by anyone in agreement with its contents.”

So, click here, and go for it. Then share this article with a friend. Let’s declare together that biology is not bigotry.