Sickness is an Enemy 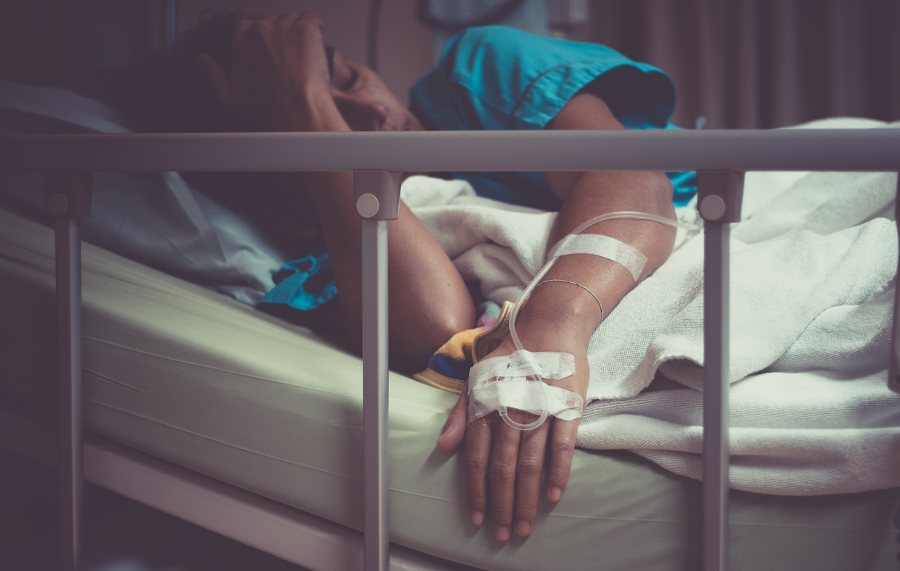 There are wonderful, godly people who are sick. And there are terrible, ungodly people who are healthy. So, being sick or healthy, in and of itself, is not a proof of divine blessing or divine judgment. That being said, there is absolutely no question that the Bible sees sickness and disease as negative, destructive forces. And all of us, intuitively, agree with that.

That’s why we have doctors and nurses and hospitals and medicine. We want to see people made well.

As famously expressed by F. F. Bosworth (1877–1958) in his classic book Christ the Healer, “If sickness is the will of God for His worshipers, then every physician is a lawbreaker, every trained nurse is defying the Almighty, and every hospital is a house of rebellion instead of a house of mercy.”

Let’s stand with our brothers and sisters who are suffering, rejoicing with them in God’s goodness even in the midst of weakness and pain.

That’s why we have verses in the Bible like this (God speaking to Israel): “If you will diligently listen to the voice of the LORD your God, and do that which is right in his eyes, and give ear to his commandments and keep all his statutes, I will put none of the diseases on you that I put on the Egyptians, for I am the LORD, your healer” (Exodus 15:26).

And that’s why David could praise God for forgiving his sins and healing his diseases. The two go hand in hand: “Bless the LORD, O my soul, and all that is within me, bless his holy name! Bless the LORD, O my soul, and forget not all his benefits, who forgives all your iniquity, who heals all your diseases, who redeems your life from the pit, who crowns you with steadfast love and mercy, who satisfies you with good so that your youth is renewed like the eagle’s” (Psalm 103:1-5).

Verses like this from the Old Testament could be multiplied by the dozens, all speaking with one voice, and all saying the same thing. Sickness, in and of itself, is bad, associated with divine judgment and death. (We’re not talking about catching a cold here. We’re talking about serious sickness and disease.) Healing, in and of itself, is good, associated with divine favor and life.

To be sure, we have whole books like Job indicating that sometimes, inexplicable things happen to godly people (including the death of their children), and it is not our place to judge. But even in Job, it is Satan who afflicts and attacks the righteous, and in the end, Job’s life is marked by many years of health and blessing.

When we come to the New Testament, sickness and disease are commonly associated with sin, with demons and with the devil.

Some New Testament Verses on Sickness and Disease

To be sure, Jesus also rebuked the idea that the man in John 9 who was blind from birth was blind because of his sins or those of his parents (see John 9:1-3). And even in the Old Testament, God takes responsibility for people being blind or deaf or mute (see Exodus 4:11). That’s because He is the Creator and we are the creation.

Yet, once again, without question, that same Old Testament consistently associates sickness and disease with divine judgment rather than divine favor. It is a bad thing, not a good thing. (This theme continues right into the Book of Revelation, where the plagues are an act of judgment, not blessing.)

God is the Healer of His People

At the same time, God reveals Himself as the Healer of His people. In fact, that’s the context of Him explaining to Moses that He appoints some to be mute or blind.

Moses was telling God, “I don’t speak well. Send someone else.”

In the same way, when Jesus told His disciples that the blind man was not blind because of his personal or parental sin, He also explained that he was blind so “that the works of God might be displayed in him.” Then Jesus healed him! Those were the works of God.

Again, there are godly people who are sick. There are Jesus-loving, faith-filled parents who lose a child to cancer. There are beautiful, Christlike believers who are handicapped. Some of them put the physically healthy believers to shame with their intimacy with God and faith. And all of us can grow through sickness and adversity of all kinds.

Still, there is no question that, in God’s sight, sickness and disease are enemies, not friends.

Let’s Join in Faith, Stand With the Suffering and Pray for Jesus’ Return

Let’s join together in faith, then, working with the Lord and the medical profession to see an increase in healing, health and restoration.

Let’s stand with our brothers and sisters who are suffering, rejoicing with them in God’s goodness even in the midst of weakness and pain.

And let’s continue to pray for Jesus to return and set up His kingdom here on earth — a kingdom that will be blessedly free from sickness and disease.