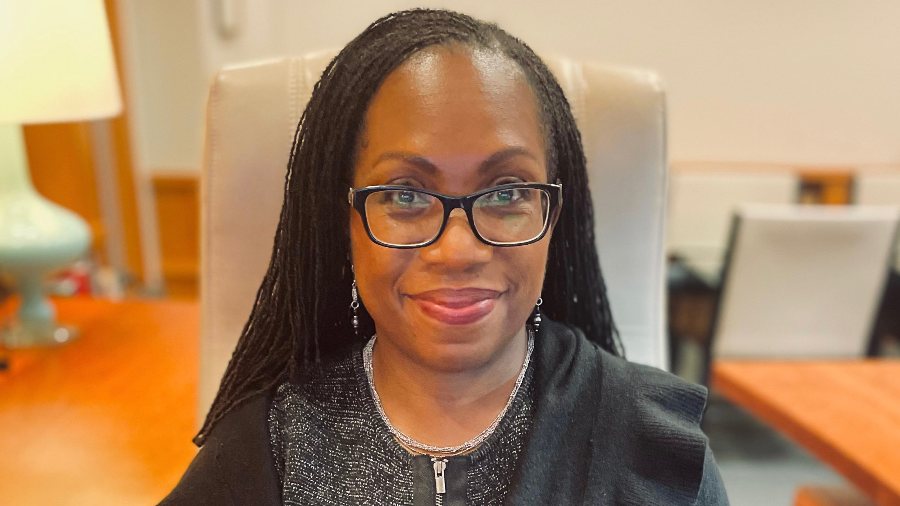 Jackson later opposed the confinement conditions of a Taliban leader suspected of running a terrorist cell.

The judge also routinely ruled against the Trump administration on immigration enforcement cases, as detailed here.

Senate Minority Leader Mitch McConnell, R-Ky., this week noted that during a crime wave, Jackson is a favorite among interest groups that are soft on crime.

“Amid all this, the soft-on-crime brigade is squarely in Judge Jackson’s corner,” McConnell said Tuesday in a Senate floor speech. “They wanted her above anyone else on the short list. And they specifically cite her experience defending criminals and her work on the Sentencing Commission as key qualifications.”

The liberal nonprofit group Demand Justice promoted Jackson as one of its top picks on a list of potential Supreme Court nominees for Biden. Arabella Advisors, a major bankroller of left-of-center causes, sponsored the launch of Demand Justice.

Since June, Jackson has been a judge on the D.C. Circuit Court of Appeals. From 2013 to 2021, she was a judge for the U.S. District Court for the District of Columbia. From 2003 to 2005, she was an assistant special counsel for the Sentencing Commission, then a public defender until 2007.

President Barack Obama nominated Jackson, in private practice at the time, to serve on the Sentencing Commission itself starting in 2009. She became vice chairwoman.

Sen. Josh Hawley, R-Mo., a member of the Senate Judiciary Committee, tweeted Wednesday that he sees “an alarming pattern when it comes to Judge Jackson’s treatment of sex offenders, especially those preying on children.”

I’ve been researching the record of Judge Ketanji Brown Jackson, reading her opinions, articles, interviews & speeches. I’ve noticed an alarming pattern when it comes to Judge Jackson’s treatment of sex offenders, especially those preying on children

Jackson authored 585 rulings while on the D.C. District Court, but has written only two opinions as a D.C. Circuit judge.

The White House response, from @AndrewJBates46:

“This is toxic and weakly-presented misinformation that relies on taking cherry-picked elements of her record out of context – and it buckles under the lightest scrutiny.” https://t.co/N51nRmWwQ1

“This is toxic and weakly presented misinformation that relies on taking cherry-picked elements of her record out of context — and it buckles under the lightest scrutiny,” the Post quoted Bates as saying.

Democrats support the Jackson nomination and technically control the 100-member Senate by holding 48 seats, enjoying the support of two independents, and having Vice President Kamala Harris available to cast a tie-breaking vote.

For a lifetime appointment to the Supreme Court, Jackson’s lifetime of legal views should be evaluated by senators, said Matt Buckham, a founder of the group.

“Maybe the article was written in the past about how the law is unfair to sexual predators and sex offenders, but she has had a long legal career advocating for lighter sentencing for crimes across the board,” Buckham told The Daily Signal.

Jackson’s Harvard Law Review article is titled “Prevention Versus Punishment: Toward a Principled Distinction in the Restraint on Released Sex Offenders.”

“In the current climate of fear, hatred, and revenge associated with the release of convicted sex criminals, courts must be especially atten­tive to legislative enactments that ‘use … public health and safety rhetoric to justify procedures that are, in essence, punishment and detention,’” Jackson wrote.

Jackson went on to compare laws on sex offender registries to the precedent set by the Supreme Court in the case of Kennedy v. Mendoza-Martinez, where it struck down laws denying national citizenship to draft dodgers as unconstitutionally punitive.

In her article, Jackson wrote:

Judges should abandon the prevention/punishment analyses that rely on legislative intent, that routinely apply the Kennedy factors, and that assess the ‘excessiveness’ of a sex offender statute’s punitive effects in favor of a more principled approach to characterization. Although ‘[a precise] analytical solution is almost impossible to construct,’ this note suggests that such a principled approach in­volves assessing the impact of sex offender statutes and deeming the laws ‘punitive’ to the extent that they operate to deprive sex criminals of a legal right in a manner that primarily has retributive or general­ deterrent effects.

The American Accountability Foundation’s Buckham said Jackson’s record on crime demonstrates that she isn’t qualified to serve on the high court.

“She has a record of being an activist for a social justice agenda, not an arbiter of justice,” Buckham said. “If more Americans were aware she wants the law to go lighter on sex offenders, they would be horrified. Biden had a lot of candidates to draw from and should go back to the drawing board.”

Jackson’s record on such crimes is a fair issue to raise, said Carrie Severino, president of the Judicial Crisis Network, a conservative legal nonprofit.

“To minimize child pornography is certainly not a positive for a Supreme Court nominee,” Severino told The Daily Signal.

If the issue is limited to opposing a sex offender registry, as outlined in Jackson’s law review article, liberal judges have opposed this before, noted Curt Levey, president of the Committee for Justice, another conservative nonprofit.

In a 2003 case, Justices John Paul Stevens, Ruth Bader Ginsburg, and Stephen Breyer — the justice whom Jackson hopes to replace — were in a 6-3 minority disputing the constitutionality of Alaska’s sex offender registry. The same year, the high court unanimously upheld a Connecticut sex offender registry.

Jackson’s broader record on crime will be a significant issue in her Senate confirmation hearing as well, Severino said, including the judge’s time as a public defender.

Jackson was a lawyer for terrorism suspects held at the U.S. detention facility at Guantanamo Bay, Cuba, including a Taliban officer believed to be a leader of a terrorist cell. In defending the Taliban leader, Khiali-Gul, Jackson accused the U.S. government of engaging in torture tactics.

Many of the most egregious interrogation techniques used in the Abu Ghraib detention center and other detention facilities in Iraq — such as the use of aggressive dogs to intimidate detainees, sexual humiliation, stress positions, and sensory deprivation — were pioneered at Guantanamo.

“Obviously, the duty of a public defender is to advocate on behalf of their client as best as possible, but you can’t make just any argument,” Severino said. “Arguments can’t go beyond what is fair and reasonable.”

Severino said Jackson made “nitpicky” arguments as a public defender in two 2007 cases, one involving illegal firearms possession and the other drug possession.

In the firearms case, Jackson argued on appeal that the defendant couldn’t be charged with two separate firearms charges at the same time.

In the drug case, police had pursued a driver who made an illegal turn, then found drugs in plain sight in his vehicle, Severino said. Jackson argued that the driver shouldn’t have been pulled over, saying the turn wasn’t illegal if the police were able to pursue him.