Shall We Call Down Fire on Our Enemies? 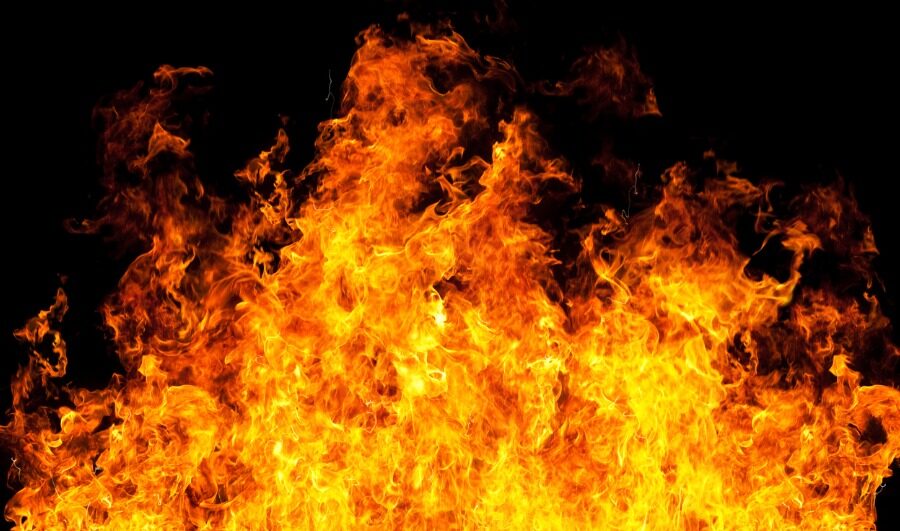 As the Church of America becomes increasingly divided along political lines, a dangerous tendency is developing. Our party is the party of God; the other is the party of the devil. Our cause is entirely righteous; theirs is entirely wicked. We can therefore call down curses on our political enemies, since they are doing the devil’s work.

Recently, I was alarmed to see Christians praying with great fervor online, calling down divine judgment on those who allegedly committed voter fraud.

There was no concern shown for the state of their souls. There was no fervent cry that God would save them and grant them repentance. Instead, the prayers were for their destruction. The evildoers must be removed!

But what has happened to our own souls? We seem to be moved by malice more than by mercy, forgetting how much grace God showed us when we were living in ignorance and rebellion.

A Lesson from Jesus

There’s a fascinating account preserved in Luke’s Gospel that speaks to our situation today.

Indignant that their Master should be dishonored, Jacob (James) and John asked Jesus, “Lord, do You want us to command fire to come down from heaven and consume them, just as Elijah did?” (Luke 9:55, New King James Version)

To paraphrase, “They deserve it, don’t they, Lord? And isn’t this what Elijah the prophet did to his enemies in the Old Testament? Shall we zap them with fire, like he did, and kill them all?” (See 2 Kings 1.)

But Jesus turned and rebuked them, saying, “‘You do not know what manner of spirit you are of. For the Son of Man did not come to destroy men’s lives but to save them.’ And they went to another village.” (Luke 9:56-57, New King James Version; other ancient, Greek manuscripts do not have the actual words of Jesus preserved, but they are certainly true to the spirit of His teaching and example elsewhere.)

Jesus was saying to them, “No, we don’t call down fire on those who insult us and mistreat us. That’s not the purpose of My mission. I’ve come to save people, not destroy them.”

Be Careful for What You Pray For

It is true that, one day, He will return in blazing fire taking vengeance on His enemies. At that time He will destroy those who have tried to destroy us, His faithful followers. But that time has not yet come.

And even though God does judge wickedness in the here and now, if He judged every wicked person on the planet right now, most of the human race would be gone overnight, including a large percentage of the Church. Be careful what you wish for – and pray for.

To quote the Lord directly: “You have heard that it was said, ‘Love your neighbor and hate your enemy.’ But I tell you, love your enemies and pray for those who persecute you, that you may be children of your Father in heaven. He causes his sun to rise on the evil and the good, and sends rain on the righteous and the unrighteous.” (Matthew 5:43-45).

Glad No One Called Fire Down on Me

I for one am glad that people didn’t call down fire on me when I was a rebellious teenager, stealing money from my own father and breaking into homes and a doctor’s office for fun. Had that been the case, I would never have reached my 17th birthday.

I am glad that people didn’t call down fire on my wife Nancy when she was a God-mocking atheist, scorning religious people as stupid and weak, actively trying to pull them away from their faith. Had that been the case, we would have never met at the age of 19.

I am glad that people didn’t call down fire on my dear Indian friend Yesupadam when he was a Marxist (Naxalite) terrorist. Instead, Jesus appeared to him, converting him with His love. Personally, I do not know a single person on the planet who has done more good to help more people than he. The world would be a much worse place without him.

I am glad that people didn’t call down fire on Tass Saada, formerly a Jew-hating assassin for Yasser Arafat but now a devout Christian and great lover of Israel.

And I am glad that people didn’t call down fire on Saul of Tarsus when he was killing fellow Jews who believed in Jesus. Had that been the case, we would never have heard of the apostle Paul, and half of the New Testament would be missing.

Again, when it comes to the elections, by all means, pray that corruption will be exposed. Pray that justice will be done. Pray with fervor and pray with faith.

But pray with God’s heart – a heart of love for your perceived enemies; a heart of compassion; a heart of longsuffering; a heart that longs to see everyone receive salvation and forgiveness through repentance and faith. Isn’t this how God treated you and me when we were lost and in rebellion? Our attitude speaks even louder than our words.

Pray also for a spirit of truth to prevail, since, if massive fraud has not been committed, then massive numbers of Americans, including quite a few Christian leaders, have been duped.

Unfortunately, our “righteous indignation” often stinks of the flesh, being filled with carnal anger, hateful attitudes, and double standards. Be careful before you curse.

In reality, to love your enemies while working against their perceived evil designs is a sign of strength, not of weakness, a sign of courage, not cowardice. This makes us bigger, not smaller. But when we curse and revile them, we become just like them, if not even worse.

I have worked with suffering Christians in other parts of the world, sometimes during seasons of intense persecution.

I have had the privilege of risking my life, along with them, for the gospel.

I can count at least 5 men we sent out to preach who were subsequently martyred.

And on two occasions, I had the extraordinary honor of spending hours together with Richard Wurmbrand and his wife Sabina, two of the saintliest human beings to ever grace our planet, both brutally tortured for their faith.

At no time did I ever hear any of these persecuted believers call down fire on their enemies. Instead, they prayed for their repentance and their salvation.

And during these times of intense testing, these Christians grew in their own faith and became more Christlike in their attitudes. This stands in stark contrast with many of us today. We have become as nasty and meanspirited as the very people we so self-righteously judge.

Surely, during this critical time in American history, it is time for God’s people to rise higher and show the reality of our faith. As Paul wrote to the Philippians, “Do everything without grumbling or arguing, so that you may become blameless and pure, children of God without fault in a warped and crooked generation. Then you will shine among them like stars in the sky as you hold firmly to the word of life” (Philippians 2:14-16).

It’s time for us to shine and bring honor, not a stench, to the name of our Lord.

And if you’re mad at me for writing this article, then take it up with Jesus. After all, I’m simply quoting His words and applying His principles. Your argument is with Him.

The Essence of the Spirit of Prophecy