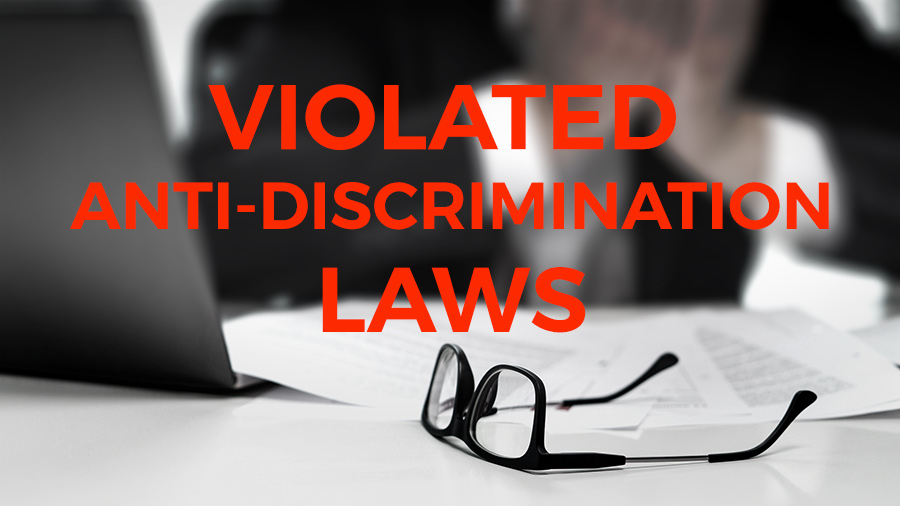 Next to be hit with these charges? Lawyers.

The relevant part of the new rule changes the section titled “Maintaining The Integrity Of The Profession.” It defines “professional misconduct.” The rule forbids engaging in “harassment or discrimination on the basis of race, sex, religion, national origin, ethnicity, disability, age, sexual orientation, gender identity, marital status or socioeconomic status in conduct related to the practice of law.” (The new language is italicized.)

The new language goes well beyond federal law. Federal law forbids the above except the parts in italics.

Many of the state bars have already added sexual orientation. Only the Vermont State Bar has added gender identity. The new language also adds “marital status” and “socioeconomic status.”

The problem for lawyers? Slightly over half of the state bars are mandatory. In those states that adopt these changes, lawyers can be disciplined for violating the rule.

Liberal groups welcomed the new restriction on lawyers’ freedom of conscience. The LGBT legal group Lambda Legal supported the rule change in Arizona. It declared that a prosecutor who refers to a transgender defendant using the “wrong” pronoun violates the rule.

The Louisiana attorney general disagrees. Jeff Landry issued an opinion that the language violates the First Amendment. It is vague and overly broad. He called the new rules viewpoint discrimination.

The new rule violates the Due Process clause, he believes. The words “harassment” and “discrimination” are too vague. The rules don’t define them. They are similar to the word “annoy.” The Supreme Court has found that word to be vague.

The ABA includes a comment that explains what the rules mean. The one for this rule says it applies to “bar association, business or social activities in connection with the practice of law.” Landry observed that this would affect a lawyer:

The rule “restrains the speech and actions of lawyers in a wide variety of areas outside the courtroom.” It would ban members of the Christian Legal Society and other faith-based groups. A lawyer who exercises his religious freedom to march against same-sex marriage could violate the rule. The rule “may violate a lawyers right to freedom of speech, freedom of association and freedom of religion.”

It would even apply to debates on what bathrooms people should use.

On to the Supreme Court?

Tennessee attorney general Herbert Slatery also opposes the change. He observes that the rule could apply to a casual chat at dinner with other lawyers. He also says a lawyer could violate the socioeconomic clause. A statement about the “one percent” would fit.

Why do these changes matter? First, they violate lawyers’ freedom of conscience and religion. Americans disagree on many of these subjects, especially sexual orientation and gender identity. Just because someone serves as a lawyer does not give the state the right to restrict their speech on such issues.

Second, the rules will eventually reduce the number of lawyers who agree with the traditional Western and Christian views. (And maybe they’re intended to.) People who hold those views will be deprived of sympathetic legal representation. These matters of personal rights are still being argued about in the courts. People need lawyers to take their cases.

The Supreme Court has a mixed record on how it’s decided cases involving florists and bakers. Those cases don’t give us a bellwether to how lawyers will fare if and when the Court takes up the ABA’s new, biased rules after the state bars adopt them.

The Transgender Revolution is Turning the World Upside Down for Nothing