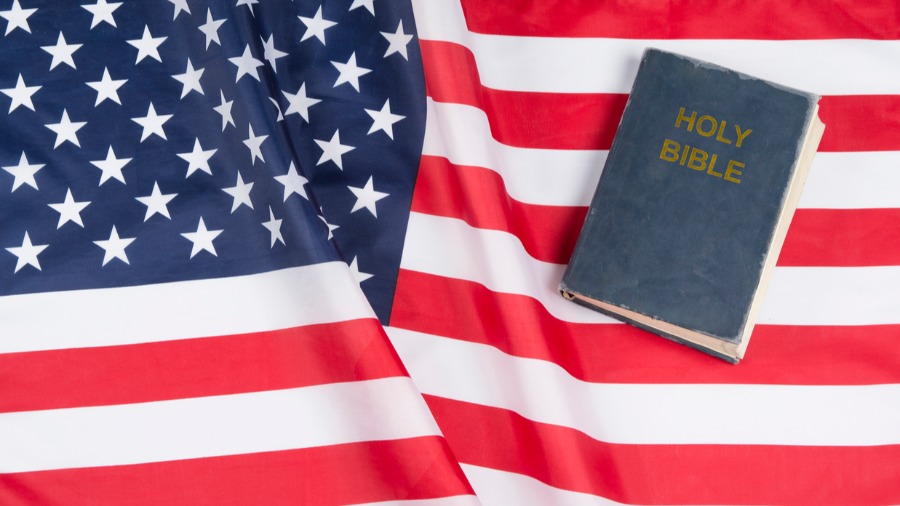 Think back to the 1988 president elections when both Pat Robertson and Jesse Jackson ran for president.

He did this in order to run as president, thereby making clear he was not doing so as a gospel minister but simply as another citizen of the United States.

In contrast, Jesse Jackson continued to be known as “The Reverend Jesse Jackson.” No problem at all! No conflict, no confusion, no issue.

It’s the same until this day.

For years now, Senator Ted Cruz, along with other, conservative Christian candidates, are accused of holding to dominion theology, meaning, they want to impose a Christian theocracy on the nation.

Is there even a shred of evidence for this? Not a chance. But why should that stop the fearmongers who cry out, “separation of Church and state!”

In contrast, Mayor Pete Buttigieg can quote the Bible to his heart’s content to support his immigration policies (and other policies), and that’s perfectly fine. No separation of Church and state here.

What happens when conservative Christians quote scriptures to support their views on abortion or same-sex “marriage”? They are hate-mongers and bigots who want to impose their view of God on America. They are dominionists and theocrats. They are dangerous!

What happens when liberal Christians quote scriptures to support their views on abortion or same-sex “marriage”? They are enlightened and tolerant. They are people of conscience. They are helpful. They are virtuous!

In the same way, it would not go well for a conservative to quote Scripture in support of the Second Amendment. But it’s no problem when a liberal like Alyssa Milano quotes 1 Peter 4:8 in support of gun control. (For the record, I’m not equating the right to bear arms with the sanctity of life in the womb or the definition of marriage as one man and one woman for life. I’m simply comparing the right’s use of Scripture with the left’s use of Scripture. And I’m making no comment about Milano’s misuse of 1 Peter 4:8, which is completely unrelated to gun control.)

Separation of Church and State Only Used Against Conservatives?

Someone might say to me, “But you’re missing the whole point. The issue is not quoting the Bible. The issue is your interpretation of the Bible. Your views are dangerous. The views on the left are not. We’re for a women’s right to choose, for a couple’s right to love each other. You’re the ones with the bigoted and destructive views. You’re the ones trying to impose your values on us.”

But that is entirely besides the point (aside from the fact that the arguments are easily refuted on other grounds).

The point is the alleged separation of Church and state, period.

That alleged separation does not only apply when the religious views are deemed dangerous. It applies across the board, as in, “You can’t bring your religion to bear on public policy!”

Again, that is the opposite of what the “wall of separation” was intended to do (it was intended to keep the state out of the Church and to prevent a one-state religion).

But in keeping with the contemporary misapplication of the principle, it is only enforced in one direction.

We only hear cries of “separation!” when conservatives point to Scripture to support their views.

Someone might protest, “But you’re still missing the point. Evangelical Christians are a large and substantial voting bloc, so their religiously-based votes are more dangerous.”

But, to repeat, that is to miss the point. The alleged separation is not based on numbers but on principle. Let it be applied equally both ways. (And would the Democrats have any problem if large numbers of liberal Christians voted their way? Hardly.)

Of course, my preference is that we rightly understand what the wall of separation is about, and that we then apply it equally, keeping the state from meddling with religious affairs. But until such time that we get that right, then let the liberals shut down the leftist ministers who openly support their politicians. And let the liberals tell Mayor Pete to stop quoting Scripture. And let the liberals cry “separation” on their own people.

I don’t think so!

Ironically, at the same time that the Democrats now present themselves as the party for the non-religious, they welcome religious support for their views. As long as the theology is left-leaning, it’s kosher.