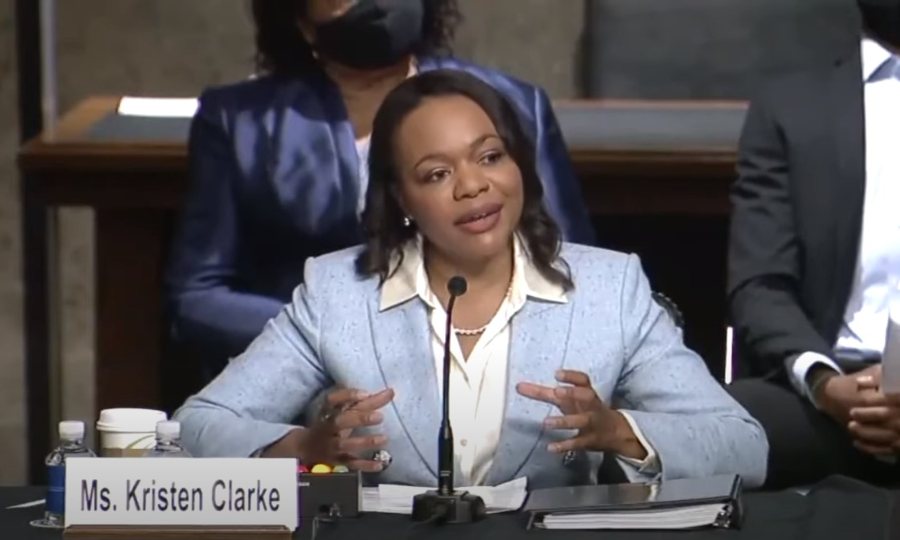 As the old adage goes, personnel is policy. Nearing his 100th day in office, President Biden has made it abundantly clear that he plans to implement a radically liberal social agenda in America, demonstrated by who he’s nominated to run the federal government.

Biden has already filled his entire cabinet faster than both Presidents Trump and Obama did before him. He accomplished this despite his nominees being, arguably, the most pro-abortion in history, and working with a 50-50 Senate in which Democrats had little to no room for error. While some Republicans stood up admirably to Biden’s extreme, unqualified nominees, too many of them failed to raise legitimate opposition. Indeed, many voted to confirm these nominees, providing Biden’s nominees with more bipartisan support than President Trump’s received.

Now, as Biden turns his attention to filling out deputy secretary and other assistant roles, the nominees he’s put forward are even more radical than the secretaries they will work for — a far cry from the unifying positions Biden promised while campaigning.

Take, for example, Kristen Clarke and Vanita Gupta, two nominees to be assistant attorneys general at the Department of Justice. Clarke, who testified before the Senate Judiciary Committee this week, has been hailed by NARAL pro-choice America, one of the largest abortion groups in the country, for her record leading efforts in the courts to block pro-life laws around the country. She’s even gone so far as to call for defunding the police. Several senators pressed her on that radical record during this week’s hearing: Senator Josh Hawley (R-MO) questioned her past comments that religion has been used as a pretext to challenge public health laws during the COVID pandemic. Her response to Hawley’s question didn’t instill any confidence that she would defend the First Amendment in Biden’s DOJ.

Vanita Gupta, who holds similarly radical views on abortion and policing, was also exposed for her extremism during Senate hearings. But instead of working with Republicans to settle on an acceptable nominee, Democrats have simply skirted Senate procedures to move her nomination through. When Gupta’s nomination came up for a vote in the Senate Judiciary Committee, several Republicans asked to continue the debate to vet her record. Instead of allowing unlimited time for debate as committee rules permit, Chairman Dick Durbin (D-IL) cut off Senator Tom Cotton (R-AR) in the middle of his remarks to rush Gupta’s vote through committee. This is another sign that Democratic leadership in Congress does not have any intention of finding unifying nominees and policies, nor will they respect the process.

President Biden has moved forward with these types of nominees for assistant secretary roles in almost every department, especially those with direct influence over policies that affect abortion and religious freedom. This week, the Senate Finance Committee held a hearing to vet Andrea Joan Palm as deputy secretary of HHS, and Chiquita Brooks-LaSure to be the administrator of the Centers for Medicare and Medicaid Services. Both nominees have ties to Planned Parenthood and will surely lead the administration’s efforts to further erode federal pro-life laws.

Two nominees poised to work on international policies likewise are avid abortion proponents. Samantha Power, nominated to be USAID Administrator, sailed through committee with a unanimous vote despite a long record promoting abortion and the LGBT agenda as U.N. Ambassador under President Obama. And Wendy Sherman, Biden’s pick to be the Assistant Secretary of State, was a former director of EMILY’s List — the largest pro-abortion political action committee.

While Congress holds the power to legislate and create new federal laws, it has delegated much of its power to the executive branch. Those who have the power to interpret and enforce those laws under the direction of the president often have wide-ranging powers not visible to much of the public. The people Biden has picked to implement his agenda and enforce the law (often with much discretion) are Planned Parenthood darlings, EMILY’s List executives, and a collection of former Obama appointees who’ve already been responsible for reshaping federal laws to promote abortion and anti-family policies in recent years.

GOP Senators Need to Get Serious With Advice and Consent

The records of these nominees are widely known, yet not a single one of Biden’s nominees has been successfully blocked over their radical social policies. Neera Tanden, Biden’s nominee for OMB Director, withdrew her nomination after backlash over some old tweets — but that’s been the extent of successful Republican opposition so far. Some senators are doing what they can to draw attention to the horrific records of these nominees, but no substantial effort has been made to successfully hold Biden’s cabinet in check.

Despite the fact the Democrats are holding eliminating the legislative filibuster in the Senate over the heads of Republicans, it’s time GOP senators start seriously offering advice and consent to the president on his nominees, rather than acting like a rubber stamp for every partisan appointee he taps. The alternative is four years of unfettered damage to life, family, and freedom as they aggressively erase the gains of the Trump administration.