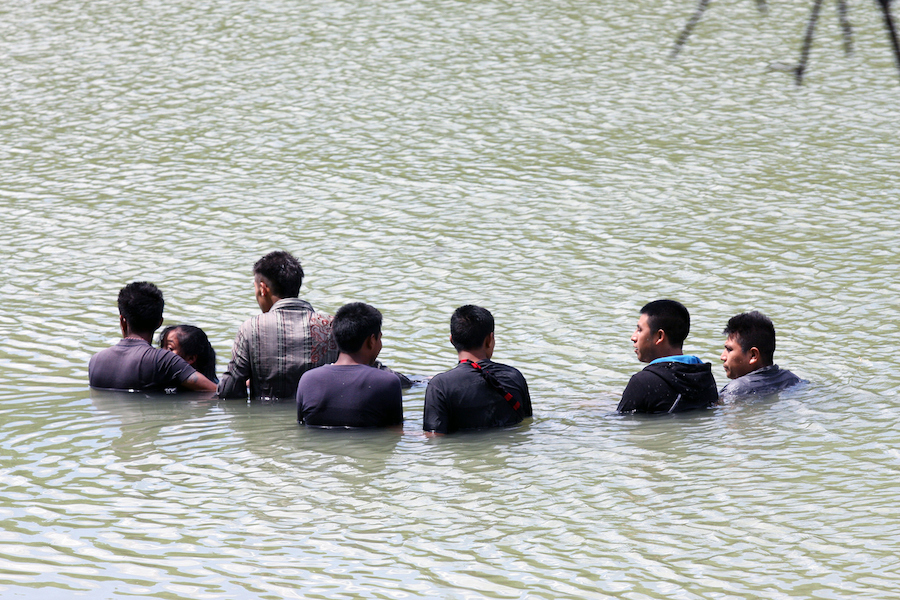 In a 5-4 decision, the U.S. Supreme Court ruled this week that Trump’s decision terminating the Obama administration’s Deferred Action for Childhood Arrivals program was done improperly. Chief Justice John Roberts sided with the four liberals on the court. He wrote the opinion for Department of Homeland Security et al. v Regents of the University of California et al. He left it open, however, for the administration to try again. The court did not rule on the merits of whether DACA was constitutional.

Implemented in 2012 by Obama, DACA provided young illegal immigrants with amnesty that was renewable every two years. Those illegally brought into the country as children qualified. This, even if they were brought into the country at age 17. And had spent their entire lives in Mexico, Central America, or somewhere else. Nearly 800,000 “Dreamers” qualified. They were allowed to work legally in the U.S. and obtain healthcare and driver’s licenses. They merely weren’t given a path to citizenship.

While running for president, Trump vowed to eliminate the program. On September 5, 2017, then-Attorney General Jeff Sessions announced that DACA would end in March 2018. Trump called DACA an unconstitutional overreach by the executive branch, which should be struck down by the courts. He set the ending date several months out in order to give Congress time to fix it by passing legislation implementing the program.

Three different lawsuits were filed against the administration over the decision. They were filed in jurisdictions where left-leaning judges would rule in their favor — California, the District of Columbia and New York. And the judges did, which left DACA in place. Trump appealed the decisions to the Supreme Court.

Roberts admitted the courts should not substitute their own judgment for that of an agency.

Roberts said in the majority opinion that the termination violated the Administrative Procedure Act. He claimed it was taken “arbitrarily and capriciously.” That federal law governs federal agencies. However, Roberts admitted the courts should not substitute their own judgment for that of an agency. The Trump administration argued that the court did not have the authority to review its decision. It was taken within the executive branch’s realm of discretion.

Notably, Roberts declined to rule on whether the Trump administration was correct in concluding that DACA was illegal since it was done unilaterally without Congress. Instead, he delved into touchy-feely rhetoric. Roberts asserted that even if the benefits provided by DACA were illegal, deportations were still wrong. DACA recipients were arranging their lives based on it being there for them. He concluded that the Trump administration did not provide a reasoned explanation for its action.

Roberts ended his opinion instructing the administration to send the issue back to the Department of Homeland Security or offer a better explanation if it tries to end the program again.

Justice Clarence Thomas wrote a dissent which Justices Samuel Alito and Neil Gorsuch joined. He pointed out that rescinding DACA was a unilateral decision just like implementing it. The majority’s ruling “must be recognized for what it is: an effort to avoid a politically controversial but legally correct decision.” The correct decision was that a government agency will be “not only permitted, but required, to continue administering unlawful programs that it inherited from a previous administration.” So the Trump administration was required to end the unlawful program.

He said it didn’t make any sense for Roberts to say that DACA recipients relied and planned on the program. The DHS said all along that it could rescind the program at any time. “Dreamers” knew that was a possibility.

Justice Brett Kavanaugh wrote a separate dissenting opinion. He chastised the majority for not even bothering to consider a June 2018 memorandum by DHS Secretary Kirstjen Nielsen. It “expressly addressed” the issue of DACA recipients relying on the program. By ignoring it, the majority was just delaying. The Trump administration will now just “relabel and reiterate the substance of the Nielsen Memorandum.” And the court’s decision “cannot eliminate the broader uncertainty over the status of the DACA recipients.” It’s still Congress’s responsibility to deal with it.

Barack Obama admitted before he implemented DACA that he didn’t have the authority to do it without Congress.

David Harsanyi at National Review points out that Barack Obama admitted before he implemented DACA that he didn’t have the authority. In September 2011, he said, “And I think there’s been a great disservice done to the cause of getting the DREAM Act passed and getting comprehensive immigration passed by perpetrating the notion that somehow, by myself, I can go and do these things. It’s just not true… . We live in a democracy. You have to pass bills through the legislature, and then I can sign it.”

Another writer at National Review, Wesley J. Smith, observes that this isn’t the first time “conservative” justices have dredged up arcane administrative law jurisprudence to obtain a particular policy result.

Trump responded after the decision was issued, calling it a “horrible and politically charged” decision. He said he wanted a legal solution, not a political one. He wanted the court to address whether DACA is unconstitutional. Angry at Roberts, he said he would be issuing a list of recommended Supreme Court judicial candidates in September.