Nobody can do Scalia like Scalia, but I can’t help imagining what he would say during oral arguments — his particular brand of verbal Italian spice will be sorely missed. 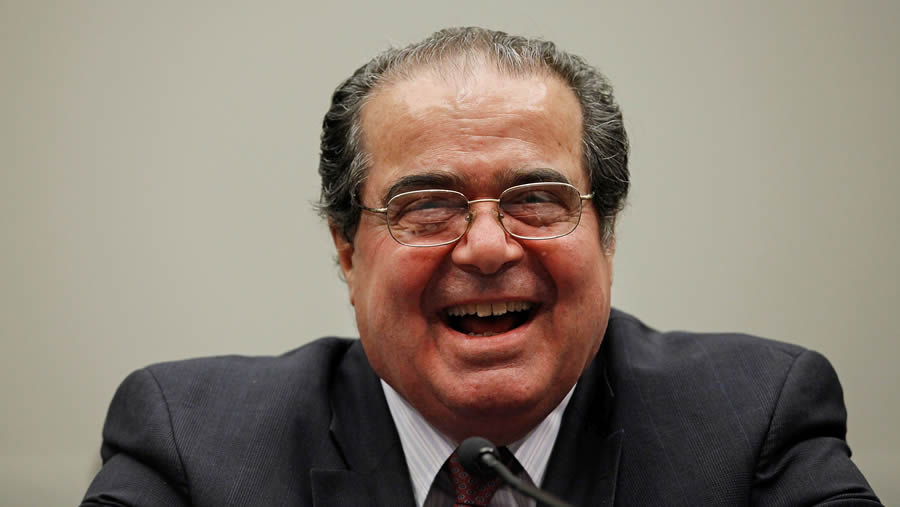 If you are a lawyer in Washington, D.C. and if you are willing to stand in the cold for hours, you can get a front-row seat at one of the greatest legal shows in the world — oral arguments before the Supreme Court.

They are among the most highly dramatic and significant American events that most of America will never get a chance to see. There are no cameras in this courtroom.

The recent argument in the first major abortion case in a decade should have been a rollicking legal debate. But the argument in Whole Woman’s Health v. Hellerstedt was, well, a bit dull. It was missing a certain Italian spice. It was missing Scalia.

Most people knew Justice Antonin Scalia from his court opinions, particularly his dissents, which were always compelling, often biting, sometimes downright hilarious. But only a relative and lucky few ever got to watch him live, parrying and thrusting his sharp wit into the soft underbelly of a bad argument.

The Hellerstedt arguments missed him badly. Before the Court was a Texas law requiring abortion practitioners to have admitting privileges at a hospital and requiring clinics to meet the health and safety standards of ambulatory surgical centers (like ophthalmology or dental clinics).

The case was brought by a group of abortion businesses and practitioners who claim the law forced their businesses to close, resulting in an “undue burden” on the right to abortion in Texas.

The stage was set for verbal pyrotechnics, but they never came. The courtroom exchanges were dry. Tedious. They almost seemed to miss the point.

The lawyer representing the abortion businesses said the clinics were forced to close. Chief Justice Roberts and Justice Alito asked for evidence to support her claim.

She had none, beyond timing. The clinics closed around the time the law passed. And then the wagons circled. Justice Kagan said her evidence was just fine. Justice Ginsburg asked the Chief to give her extra time. Justice Sotomayor changed the subject.

This would have gone down much differently if Scalia had been in his seat. Now, nobody can do Scalia like Scalia, but I can’t help imagining that he would have interjected here, saying that the law didn’t mandate the closure of any business. That states set health and safety standards all the time. That you can’t credibly argue the standards are impossible to meet because many clinics are in fact meeting them.

I can imagine him pointing out that new abortion clinics have even opened up since the law was in place, and asking, rhetorically: “Why shouldn’t we draw the inference that the law is a boon to abortion in Texas?”

Justice Scalia might have used the absence of evidence about the reason for closures as an opportunity for some fun speculation. Maybe they didn’t want to spend money on sanitation equipment. Maybe they didn’t like the idea of regular inspections. Maybe they have an irrational fear of fire extinguishers.

Justices Breyer and Sotomayor spent a considerable amount of time anguishing over whether the remaining clinics would have sufficient “capacity” to handle the abortion demand. I have no doubt that Justice Scalia would have raised his voice here, too.

“When did ‘capacity’ become a constitutional issue?” he might have asked. Isn’t it really a market issue? And aren’t the majority of abortions elective, anyway? He might have said it looks more like a business opportunity than a constitutional problem to him. “If some clinics closed, for reasons we can only speculate, isn’t the marketplace wide open for new clinics with better business practices to step in to pick up the slack?”

Finally, to put a fine point on it, he might have added: “If this law results in old unsanitary clinics closing and shiny new well-staffed clinics opening — that’s somehow bad for women? Every dirty old clinic must remain open for a new law to be deemed constitutional?”

These are admittedly feeble attempts to conjure the great man. But now that he is gone, all we are left with is our imagination, as it is difficult to imagine another who could replace him. I am sure that I was not the only lawyer gazing at that black-draped chair, longing for Scalia’s voice.

For so many of us who admired him, Justice Scalia’s death hit hard. It is not just his votes we will miss, or his magnificent written opinions. That Wednesday morning I realized that we might miss him most of all in flesh, at oral argument, verbally stepping into the game and hitting a home run every time we — and the Constitution — needed it.

Yale Elitists Warn of Deadly Consequences if Kavanaugh is Confirmed