Thousands of U.S. troops are deployed to Afghanistan, Iraq, Syria, the Southern border and other global hotspots. 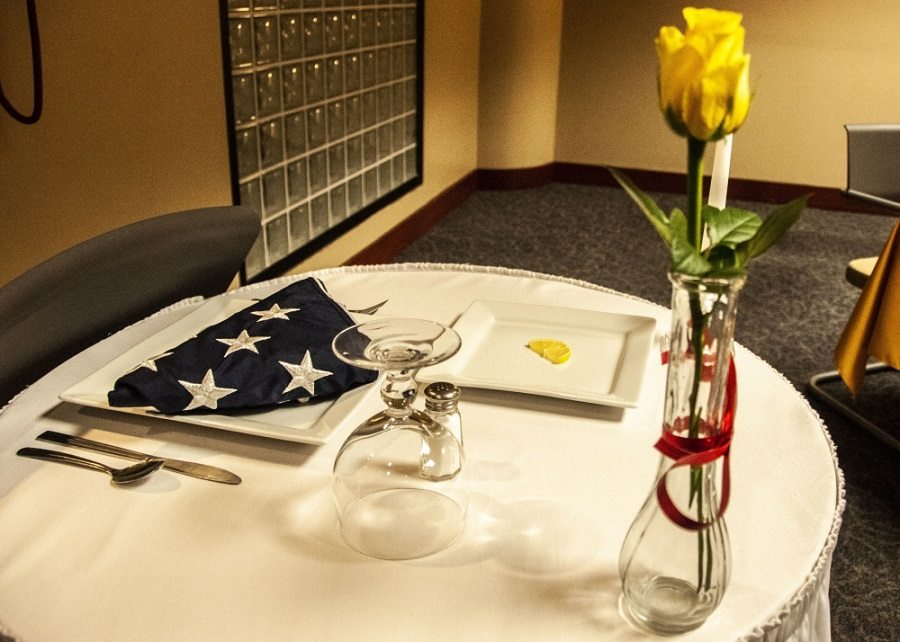 A special table honors the fallen during the Alexis St. Martin Dining Facility's annual Thanksgiving luncheon at the William Beaumont Army Medical Center on November 15, 2018, at Fort Bliss in Texas.

At this hour, a military family is missing a loved one at Thanksgiving. Maybe their soldier, sailor, airman, Coast Guardsman or Marine is away for training. Maybe their loved one is deployed to Afghanistan, Iraq, Syria, the Southern Border or an undisclosed location. Or perhaps their loved one is one of almost 7,000 Americans – including 24 this year – to return from the Middle East in a flag-draped casket.

Just over two weeks before the military’s 18th consecutive Thanksgiving at war, the family of Utah National Guard Maj. Brent Taylor welcomed their fallen hero home in the middle of the night in Dover, Delaware. Major Taylor, who also the mayor of North Ogden, Utah, made the ultimate sacrifice in Afghanistan on November 3.

Moments after witnessing the dignified transfer of her husband’s remains, the soldier’s grieving wife, Jennie Taylor, bravely stepped up to a microphone.

“It is a timeless and cherished honor to serve in our country’s Armed Services,” Maj. Taylor’s wife said. “That honor has been Brent’s as he served in the Utah National Guard for the past 15 years, and it has been mine for just as long as I have proudly stood by his side.

“It has been and will continue to be the great honor of our seven children for the rest of their lives, and I pray, for many generations to come.”

Having witnessed the anguish of Gold Star families during dignified transfer ceremonies at Dover, I cannot imagine how Jennie Taylor summoned the courage to speak with such authority and eloquence amid such grief. Her strength embodies not only the proud legacy of her husband, but all of our nation’s military families.

As we give thanks, there is no group of Americans who deserve our gratitude more than the one percent of our population that volunteers to serve. Every moment of every day, U.S. troops and their families are making enormous sacrifices to protect the 99 percent of us who don’t wear the uniform, as well as innocent people abroad.

Unless it’s Veterans Day or Memorial Day, it’s increasingly difficult to keep the military’s sacrifices at the forefront of our national consciousness. That’s why this Thanksgiving, The Stream is asking you to say a special prayer for our troops, veterans and all military families. Asking God to watch over our heroes is not only appropriate, but will remind everyone at your table that somewhere – at this very moment – an American warrior is defending liberty.