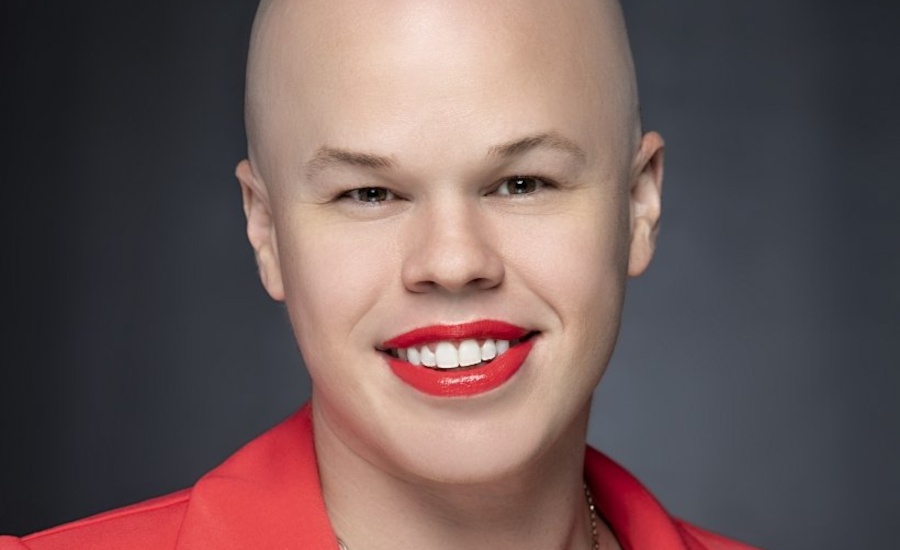 Editor’s Note: The Department of Energy announced Monday night that Brinton is “no longer a DOE employee.” It is unclear whether he was fired or quit.

I do not write this column to mock or disparage. Instead, with sincerity and without condescension, I encourage you to pray for Sam Brinton, appointed by President Biden as the Deputy Assistant Secretary of Spent Fuel and Waste Disposition in the Office of Nuclear Energy. As one who has received God’s mercy myself, I genuinely desire this same mercy to be received by Brinton. (I say “received” since God’s mercy has already been given through the cross. It is up to us to receive it.)

In case you’re not familiar with Brinton, he is well-known for his striking appearance with shaved head, mustache, heavy red lipstick, and flashy women’s clothes. (He has dressed like this while doing official government business.)

But that’s just the beginning.

He’s Proud of His Sexual Fetish

As noted by Andrea Widburg in the American Thinker:

“He’s also a proud ‘pup handler,’ an identity … that sees him and his sex buddies dress up like puppies and their owners for fun. …

“Brinton is so passionate about his self-acknowledged ‘kink’ that he’s lectured on the ‘Physics of Kink’ at the University of Wisconsin. He’s also a member of The Sisters of Perpetual Indulgence, an old-time 501(c)3 drag group that mocks Catholicism, where he rejoices in the name of ‘Sister Ray Dee O’Active.’”

This is part of the world of Sam Brinton, the man chosen to an important position in the Office of Nuclear Energy.

And, to repeat. I do not write this to mock. This is all part of Brinton’s out and proud life, something that moves me to pray, not to ridicule.

He Faces Two Charges for Theft of Luggage

Now, Brinton is facing two separate charges of stealing luggage at an airport.

As reported by the New York Post, “A Biden administration Energy Department official who allegedly stole a woman’s suitcase from a Minneapolis airport in September has been accused of another luggage heist at a Las Vegas airport.

A felony warrant on grand larceny charges was issued on Thursday for Sam Brinton, the deputy assistant secretary for spent fuel and waste disposition at the Department of Energy’s Office of Nuclear Energy, The Post can confirm.

Brinton, who made history as one of the federal government’s first gender-fluid officials, allegedly stole luggage from another traveler at Harry Reid International Airport in Vegas on an unknown date, according to the outlet.

The evidence against Brinton appears to be quite damning, and it is these reports that prompted me to call for prayer for him.

Any man who dresses and acts like Brinton certainly needs a life-transforming encounter with God. If these additional charges are true, this points to other deep issues in his life.

He’s Accused of Lying About Being Subjected to “Conversion Therapy”

What is not as well-known about Brinton is that he famously testified about the terrible “conversion therapy” abuse he was allegedly subjected to as a boy.

So powerful was his testimony that it was used to bolster legal efforts to prevent people with unwanted same-sex attraction from getting professional help.

As reported on Yahoo! Life in September 2019:

The Trevor Project’s Sam Brinton survived conversion therapy—now they’re fighting to ban the practice. Brinton admitted his attraction to men to his father at a young age, and said he then became extremely physically abusive. His parents eventually sent him to undergo conversion therapy. Conversion therapy is a practice that attempts to change a person’s sexual orientation or gender identity. The controversial practice employs a variety of techniques, including talk therapy, inducing nausea, vomiting, or paralysis; electric shocks, and hypnosis.

Putting aside the caricatured and misleading description of “conversion therapy,” a term used by critics not by practitioners (for the truth about “conversion therapy,” recently published in the Archives of Sexual Behavior, see here), even radical LGBTQ+ activists questioned the veracity of Brinton’s story, asking if it’s “too good to be true.”

In the words of Wayne Besen, himself a leading opponent of any efforts to reduce or reverse unwanted same-sex attractions, leading “organizations, such as the Trevor Project and the National Center for Lesbian Rights (NCLR), ignored clear warning signs and incontrovertible evidence because Brinton provided these groups with a seemingly perfect ex-gay survivor story to expose horrific conversion therapy practices and ideology.” (Besen, in keeping with LGBTQ+ orthodoxy, refers to Brinton as “they” rather than “he,” since Brinton’s “preferred gender pronouns” are “they, them, theirs” rather than “he, him, his.” Besen also slams ex-gay and ex-trans individuals by name in his article, in keeping with his agenda.)

The falsity of Brinton’s testimony was also pointed out on the Sam Brinton Hoax website. (The information on this website is quite troubling in light of the fact that, to repeat, Brinton is a high-ranking official in our government.)

And a practicing psychiatrist informed a group of conservative activists and medical professionals in a December 7 email, “I have talked to Sam Brinton’s Mother and she confirms that it is all a fabrication. Yes he was taken to therapy as a teen but not for gayness but for another issue and he received only appropriate talk therapy.”

If, in fact, Brinton was lying about his past as well, this is yet another reason to pray for him.

Let’s Pray for Him, Just Like Christians Prayed for Me Before God Dramatically Changed My Life

Of course, to many non-believers or LGBTQ+ affirming people, my call to prayer for Brinton sounds arrogant and judgmental. So be it.

I thought it was silly when people started praying for me in my teen years after I had earned the nicknames “Drug Bear” and “Iron Man” because of my extreme drug use. For my part, I was having the time of my life, playing drums in a rock band and doing drugs like the rock stars did. On with the party!

Thankfully, God intervened in my life 51 years ago, showing me the depth of my sin (which was, above all, against Him) and radically, dramatically, and lastingly changing my life. May He do the same for Sam Brinton!

It’s easy to mock him. The Christian response is to recognize his very real issues and pray for him.