The Saddest Part of the Stormy Daniels Story 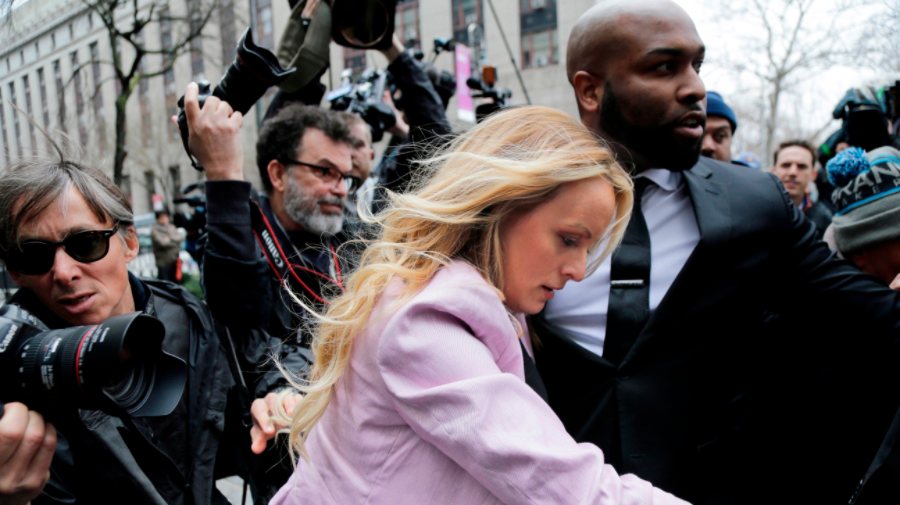 But before you read another word of this story, I want to make myself perfectly clear. I am not condemning Stephanie Clifford. And I am certainly not sitting on my moral high horse saying, “What a wretched person she is to make her money like this.”

Every one of us is fallen and broken and blemished in God’s sight, and every one of us needs healing for our wounds and repentance for our rebellion. That’s why Jesus came into the world: to save sinners. And that means you and me.

So, I write with a heavy heart, not a self-righteous heart. And I write not just about Stephanie Clifford, but about the thousands of others like her, women (and men) whose names we do not know. Every day they denigrate themselves for financial gain (or for notoriety). No amount of money or fame is worth this.

When I saw those signs, my heart sank. “That’s someone daughter,” I would say to myself. (Our two daughters were born in 1977 and 1978, so that was my first thought. Today, at age 63, I would also think to myself, “That’s someone’s granddaughter.”)

I never went into one of those places, but I imagined they were not exactly filled with the high and lofty of society. And based on the absence of lines forming in front of the theaters, it didn’t look like there were many people inside.

Yet here was some attractive young woman stripping naked (or simulating sex acts) in front of these lecherous strangers. I wonder how those men would feel if it was their own child prancing around in front of others? The whole scene was nothing but sad.

They could waste their lives without understanding the divinely intended purpose for their bodies. Without having people look at them for who they are on the inside. Without having the kind of relationships that bring something money and fame can’t buy.

Some things belong behind closed doors. Some things are meant for intimate companionship, not public consumption. And when we flaunt that which was divinely intended for modesty, something inside us dies.

Happy on the Outside, Dying on the Inside

I don’t doubt that some sex stars will say to me, “Don’t speak for me. My life is great. I’ve never been happier or more fulfilled.”

That could be true. I very much enjoyed using drugs from 1969-1971 (and my drug use included shooting heroin). But little by little, my life was degenerating, and if not for the Lord’s merciful intervention, my destructive habits would have cost me my life.

Guard Our Hearts and Pray for Mercy

And so, in a sense, the happier Stephanie Clifford and her fellow-performers are, the sadder the story is. They could waste their lives without understanding the divinely intended purpose for their bodies. Without having people look at them for who they are on the inside. Without having the kind of relationships that bring something money and fame can’t buy.