Rod Rosenstein May Resign (or be Fired) on Thursday 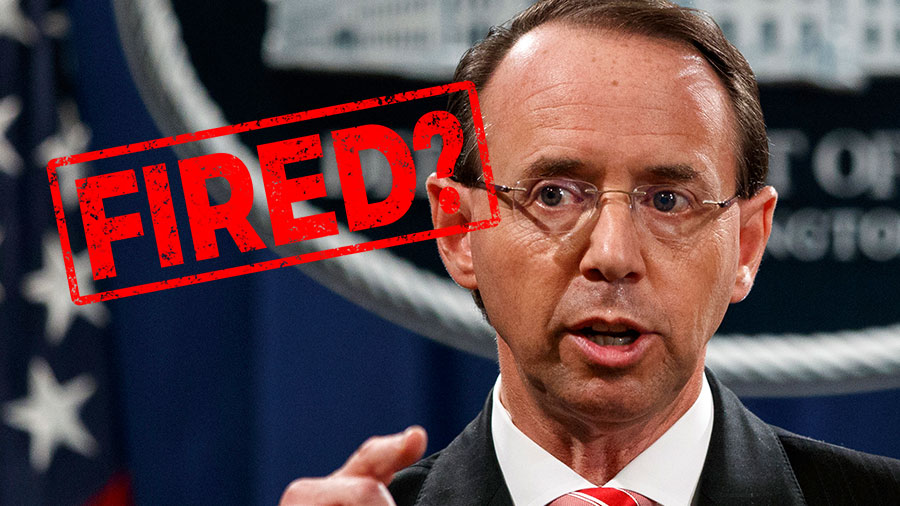 U.S. Deputy Attorney General Rod Rosenstein may be on his way out — or not. Rosenstein oversees Special Counsel Robert Mueller’s probe of alleged Russian collusion with the Trump campaign. The president’s anger at the probe is well known and rumors have circulated for months that he would find a way to stop it.

The D.C. rumor mill worked hard. Initial news reports said he might resign or the president might fire him today. Axios said he was out. CNN said he was expecting to be fired. Just after noon, White House Press Secretary Sarah Sanders clarified that he will be meeting with Trump on Thursday.

While Rosenstein is a Republican, he does not get along with Trump. The president has wanted to get rid of the holdover from the Obama administration for awhile. Rosenstein’s dislikes Trump. The extent of his dislike recently came out. The New York Times reported last week that he considered wearing a wire during meetings with Trump. He wanted cabinet members to use the 25th Amendment to remove Trump.

However. he denied the accusations. He said there is no basis to invoke the 25th Amendment.

Rosenstein wrote a memo criticizing former FBI Director James Comey’s botched probe of Hillary Clinton’s emails. Trump used that as a reason to fire Comey. But Trump lashed out at Rosenstein afterwards. He was angry over Rosenstein’s renewal of a warrant to surveil a former Trump campaign adviser.

At a campaign rally in Missouri on Friday, Trump said there is a “lingering stench” in the DOJ and FBI. “We’re going to get rid of that too,” he said. Some believe he was making a thinly veiled reference to Rosenstein, among others.

Rosenstein has also been accused of writing an anonymous hit piece on Trump that The New York Times ran last week. The Times says it was from a senior Trump administration official.

Trump tweeted about Rosenstein’s role in the Russia probe last April. He called him the “most conflicted” person involved. Trump calls Mueller’s probe a “witch hunt.”

Much of the bad blood with Russia is caused by the Fake & Corrupt Russia Investigation, headed up by the all Democrat loyalists, or people that worked for Obama. Mueller is most conflicted of all (except Rosenstein who signed FISA & Comey letter). No Collusion, so they go crazy!

Rosenstein has repeatedly refused to fire Mueller. He allowed Mueller to indict Paul Manafort and other top Trump associates on charges unrelated to collusion. He signed off on the FBI warrant of Trump’s former lawyer Michael Cohen.

Rep. Mark Meadows (R-NC) and Rep. Jim Jordan (R-Ohio) of the House Freedom Caucus introduced five articles of impeachment against Rosenstein in July. Rep. Paul A. Gosar (R-Ariz.) referred to Rosenstein and others as “traitors to our nation.”

Solicitor General Noel Franciso would replace Rosenstein in overseeing the Mueller investigation. That could change the dynamics . Francisco clerked for the late SCOTUS Justice Antonin Scalia. A staunch conservative, he’s no fan of special counsels looking into the president. He could shut down or reign in Mueller’s probe.

Russian Collusion Didn’t Work. What Will the Democrats Do Now?