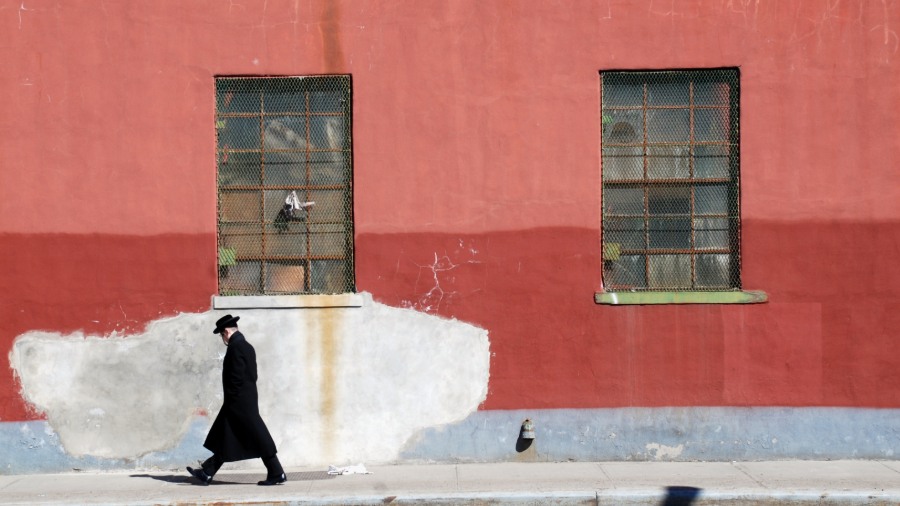 Soon after I came to faith in Jesus in 1971 as a 16-year-old, drug-abusing, hippie rock drummer, my father said to me, “Michael, I’m glad to see the changes in your life, but we’re Jews, and we don’t believe in this.”

He introduced me to the new rabbi of our synagogue, fresh out of Jewish Theological Seminary, and the rabbi and I quickly became friends, a friendship that has lasted to this day.

One of the first books the rabbi gave me detailed the history of antisemitism in the Church — a shocking, painful, and often bloody history.

It made for some very difficult reading, replete with disturbing quotes from famous Church fathers, Catholic popes, and the great reformer, Martin Luther.

In the eyes of many Jews, there was a straight line from the Church Fathers to the Holocaust. How could this be?

Unaware of Our History

The Christians I had met had a great love for the Jewish people, even a reverential respect. And to this day, evangelical Christians are Israel’s best friends. How could there be such a thing as “Christian” antisemitism? As an Iranian Christian once said to me, “You cannot love Jesus and hate the Jews!”

One of the first books the rabbi gave me detailed the history of antisemitism in the Church — a shocking, painful, and often bloody history.

Over the years, I discovered that many contemporary Christians were completely unaware of their painful history with the Jewish people. As expressed by the Catholic historian Edward Flannery in his book The Anguish of the Jews, “The vast majority of Christians, even well educated, are all but totally ignorant of what happened to Jews in history and of the culpable involvement of the Church. … It is little exaggeration to state that those pages of history Jews have committed to memory are the very ones that have been torn from Christian (and secular) history books.”

This is what led me to write the book Our Hands Are Stained with Blood: The Tragic Story of the ‘Church’ and the Jewish People, which came out in 1992 and has never gone out of print. Since I could relate to both Church and Synagogue, I wanted other Christians to feel the pain the Jewish people had felt.

But to be perfectly candid, in all my travels across America and around the world (almost always in evangelical circles), I witnessed very little “Christian” antisemitism first hand. To the contrary, I experienced an outpouring of philo-Semitism in nation after nation, from Mexico to Korea and from Kenya to India. And where I did see signs of “Christian” antisemitism, it was on the fringes.

Not so today. It is rising again in some influential, Catholic circles as well as among evangelicals, some of whom seem obsessed with bashing the Jews. As I prepared to release an updated and revised edition of my book, what I discovered was chilling.

According to bestselling evangelical author Texe Marrs, “Of all the diseased schools of racial supremacism, I am convinced that the Jewish specimen is the most evil and most threatening to the lives, bodies, and eternal destinies of humankind.”

Yes, Marrs states, “Zionism has existed as a satanic ideological force in opposition to all things good and even to life itself for three thousand years.”

Indeed, “Zionism and its accompanying religious disease, Judaism, are the champions of all time in terms of the total number of innocent men, women, and children being imprisoned in concentration camps, beaten, bludgeoned, raped, robbed, humiliated, and unmercifully slaughtered” (from his book Blood Covenant With Destiny: The Babylonian Talmud, the Jewish Kabbalah, and the Power of Prophecy).

Echoing these sentiments is evangelical broadcaster Rick Wiles on his TruNews TV network. He recently claimed that, “Our culture has been decimated through abortion, pornography, the sexual liberation movement, filthy, raunchy movies [and] television shows, vile, violent rap music and hip hop and all of it owned by the synagogue of Satan.”

It’s time we wake up to these harsh, disturbing realities and uproot these insidious lies once and for all.

So, not only are these nefarious Jews everywhere, they are deadly as well. To expose their evil deeds is to risk your life.

Echoing similar sentiments (albeit, with more erudition) is Catholic scholar E. Michael Jones, who opined that, “Jews are never content to integrate themselves into existing structures, whether those structures are states, universities, art museums or the military. They feel compelled to infiltrate and subvert the institutions which admit them as members.”

Consequently, “If the Church wants to have its history back, then it will have to contend with the Jews once again as the Apostles and the Church Fathers did 2000 years ago.” (From his book The Jews and Moral Subversion.) And what, exactly, will it look like when the Church once again “contends” with “the Jews”?

Jones, in turn, has influenced Owen Benjamin, a conservative comedian and professing Christian.

As pointed out by Dexter Van Zile, Benjamin “declared that Jews use pornography to destroy the masculine strength of American men so that they will be unable to father children and have the courage to protect their families from Jewish control. ‘It is literally by design so the West doesn’t have kids,’ he said, adding later, ‘The Jews are only one percent of the population and yet they’re in control of the media, all of banking, pornography, opioids.’”

These quotes represent but the tip of a very dangerous, lie-infested iceberg. And they reflect the alleged ideology of the Poway, California, synagogue shooter, who felt it was his Christian duty to slaughter the Jews.

It’s time we wake up to these harsh, disturbing realities and uproot these insidious lies once and for all. Antisemitism has no place in the heart or mind of a true Christian.