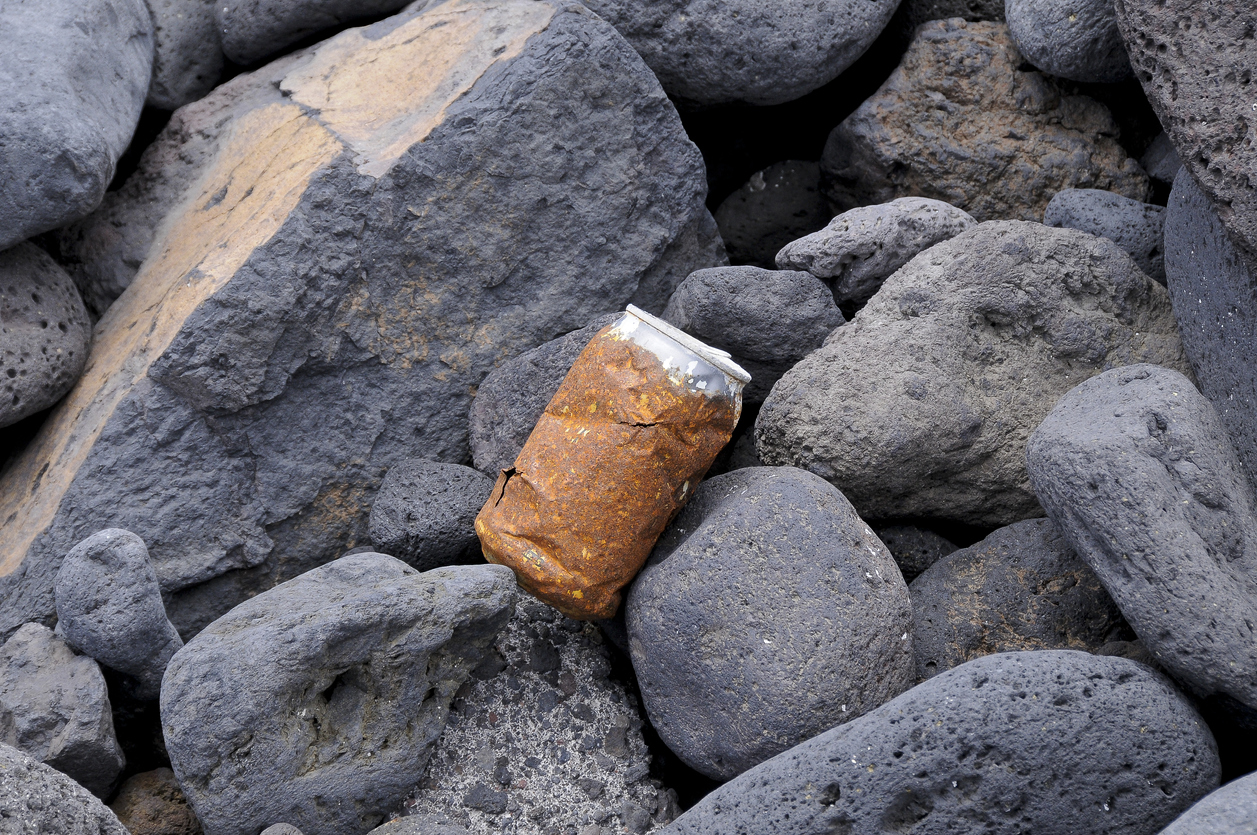 My son told me about an outdoor country-western festival he attended back in his college days. It was held in a county in which it was illegal to sell any kind of alcoholic beverages on the premises.

However, right inside the entrance there sat two pick-up trucks, both of which were parked so that their back-ends (or beds) were facing the people as they poured into the festival. And both pick-up beds were loaded up. One of them was filled with rocks, along with a sign that read, “ROCKS FOR SALE. $5.00 EACH.” That seemed quite odd until you looked over at the other pick-up bed. It was filled with ice-cold beer, along with its sign that read, “ICE-COLD BEER. WILL TRADE FOR 1 ROCK PER CAN.”

Folks, we can’t allow the radical left to sell us a crock to trade for a can of beer.

I’m not sure if the good ole boy who came up with that idea had a team of attorneys backing him up on that, or if it was just a random idea. But the plan apparently withstood all scrutiny (if there was any) and worked … at least for that night.

It seems the Left is trying to do the same thing with us. Its partisans must think of creative ways to sell the American people their agenda in roundabout ways, knowing full well they can’t directly sell us those “cans of beer.”

They call it the “rock” of racial equity, when it’s straight up the “beer” of racism. On Biden’s very first day in office, he signed an EO making “equity” mandatory throughout the federal government. He even did that in his own cabinet … and bragged about it.

Mayor Lightfoot of Chicago said, “Equity and inclusion are the north stars of this administration … . I will be exclusively providing one-on-one interviews with journalists of color.” She later defended her policy saying it was necessary because of the “overwhelming whiteness” of the city’s media.

Can you imagine, more than a half-century after the Civil Rights Movement, giving advantages to individuals based on the color of their skin? Aside from being immoral, it’s illegal. And it’s tearing down everything MLK and others fought for.

“Compassion” at the Border

The left has given us a disastrous and dangerous open border in the name of “compassion.” Again, they can’t sell us the “beer” of wide open borders to drug cartels, human traffickers, and terrorists. So, they try to sell us the “rock” of misguided compassion for illegals who tried to sneak in. Then they use that to blow up any enforcement of our laws.

Most of us have compassion, but the legitimate kind, for the young girls who are brought into our country as sex slaves, the families affected by the 100,000 drug overdoses this past year, and for the families of the “next 9/11” (God forbid). Proverbs 14: 16 says, “A wise man suspects danger and cautiously avoids evil. But the fool is arrogant and careless.” It gives me no joy to say our president is a fool and is already reaping a fool’s reward.

If you rummage through that pick-up truck load of rocks, you can probably find the “prize rock,” which is marked “Build Back Better.” It’s huge, and will trade for an entire keg. Clean energy, climate responsibility, universal pre-K and free child care, expansion of Obamacare tax credits, four weeks family leave (many Dems wanted 12), and of course, asylum are all in there. Thank God for Joe Manchin; some of the Dems’ mad wishlist is being scaled back.

It’s hard to wrap your mind around the complete idiocy of a grown, educated person saying this bill “costs zero dollars.” Most third graders would know better than that. Then, the CBO scored the bill, and it was as if the adults came into the room to spoil the children’s fantasies. The CBO totaled up the bill at $3 trillion.

Liberals claim that exerting complete control over our lives is simply “following the science.” Political science, maybe, if the class is a how-to on fascism. For example, CDC director Walensky has said, “There is increasing data to suggest that schools can safely reopen and that safe reopening does not suggest that teachers need to be vaccinated.” But the left has turned a deaf ear to that and has caved to the teachers’ unions, who want another year off their jobs.

Biden’s enablers refer to anyone in the military who disagrees with their ideology as “extremists.” On February 3, Secretary of Defense Austin ordered a “stand down” for the next 60 days to discuss this “extremism.” That must have had the Taliban cackling like Kamala. The 60-day period proved to be the time of the sleeping Hare as the Tortoise raced past him. The Taliban used that time to aggressively sweep across Afghanistan and take control of the country. I’ll bet “Austin jokes” became as commonplace with the Taliban as “Aggie jokes” are in Texas.

Leftists describe the most disgraceful abandonment of U.S. citizens in the history of our country in Afghanistan as an “extraordinary success … due to the incredible skill, bravery, and selfless courage of the United States military.” “Skill?” Droning a car load of innocent civilians by mistake? “Bravery and selfless courage?” Ducking your tail and running? Allowing 13 brave heroes to be slaughtered? Leaving hundreds, if not thousands, of our citizens and allies to be tortured and murdered?

Our masters closed down churches and gun stores in the name of “staying safe from the pandemic” but deemed liquor stores and tattoo parlors “essential.” They arrested three members of Christ Church in Moscow, Idaho (population 25,000) for … wait for it … singing psalms at an outdoor church service while maskless. There were fewer than 200 people there. But the 385,000 who attended the Lollapalooza Music Festival in Chicago, mostly unmasked, went unmolested. I guess we somehow figured out the music preference of the virus.

Leftists and RINOs in Congress call the trespassing protesters on January 6 “insurrectionists” and actual insurrectionists in CHAZ a “summer of love.” (A sign at its borders read: “You are now leaving the USA.”)

And of course, our rulers call the decision on whether or not to murder a baby a “choice.” “My body, my choice,” they say. But that doesn’t extend to the choice about taking an untested vaccine.

Thinking Don’t Make It So

Folks, we can’t allow leftists to sell us a crock to trade for a can of beer. We must continue to call them out on their deceitful narratives.

Abraham Lincoln once asked a critic, “How many legs would a dog have if you counted its tail as a leg?” The man thought for a minute and then said, “Five.” Lincoln replied, “No. The answer is four. Just calling a tail a leg doesn’t make it a leg.”