Christian producers have partnered up with fast-rising streaming service Discovery Plus. Beyond this special Easter film, they hope to give families much more. 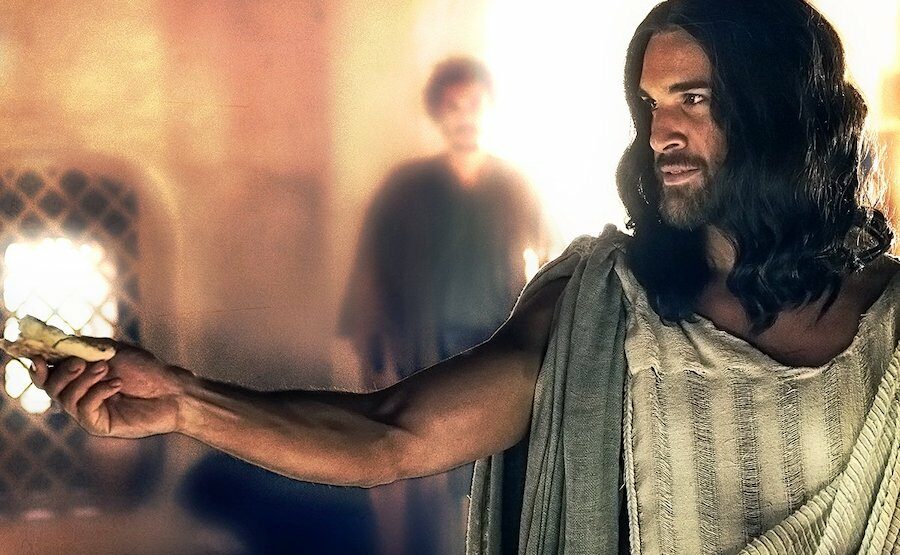 Juan Pablo Di Pace stars as Jesus Christ in Resurrection, premiering this weekend on Discovery Plus in advance of Easter Sunday.

Producer Roma Downey can’t help but get caught up in a story. Especially when it’s the greatest story ever told.

The new film Resurrection, which she and husband Mark Burnett produced, depicts the events of Easter Sunday. It premiered this past weekend on Discovery Plus, a fast-rising streaming service that launched in January.

“When we open the movie, they’re grieving and afraid,” Downey says of the disciples. “They think, ‘If they just killed Jesus, maybe they’re going to kill us next?’ But they decide to stay at least for three days. Because Jesus promised them he [would] be back.”

She advances to the pivotal Easter morning scene outside the tomb. “The look on those Roman guards’ faces is brilliant. They don’t even know what they’re looking at!” Downey told me in a video interview.

What they were seeing without understanding was “the greatest miracle of all time that changed the world forever.”

Downey, co-star of Touched by An Angel, which aired on CBS for a decade, has emerged in recent years as a producer. In 2013, she and Burnett released The Bible, which became one of History Channel’s biggest hit series. 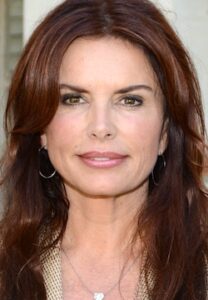 They formed LightWorkers Media soon after. The small studio has since co-produced nearly a dozen series and films including last year’s Messiah on Netflix.

The central story of Christianity has been at the forefront of several projects. Resurrection recuts premiere episodes of 2015 TV series A.D.: The Bible Continues, along with extra footage.

An emerging entertainment platform gets Downey nearly as excited as the new film. For years, she and Burnett have stated their desire to bring quality faith-and-family titles to streaming.

She said Discovery’s willingness to embrace and promote Resurrection is rare among media companies. “Even though the audience is massive, you’d be amazed [that] fewer places want our content.” She and her husband are grateful that Discovery “is bold enough to really to plant their flag and live in the faith world.”

In recent years, home viewing has shifted from cable TV and physical media to streaming video-on-demand services. The big players — Netflix, Amazon Prime, and Disney Plus — tend to give only occasional nods to faith. A few small streaming services target Bible-based believers.

“We’re becoming marginalized, even though we’re this massive group of people,” she said. Christians “want to see their values reflected in these shows.”

LightWorkers has partnered with Netflix and other top platforms. Still, Downey sees a waning enthusiasm for the faith market. “It’s like they’re a little bit afraid of content like that. But not Discovery Plus.”

Less than three months old, Discovery Plus has surprised analysts with its rapid growth. More than 11 million subscribers have already signed up.

Discovery-owned channels such as TLC, HGTV, and Magnolia each have a hub within the app. Some describe it as “background noise TV,” though Downey calls Discovery Plus “family-friendly.”

Reportedly, their small studio has produced hours of never-before-seen dramas and other TV series. Now they hope their LightWorkers brand might exist within Discovery Plus alongside other hubs.

Assuming Resurrection finds an audience, their unreleased series may quickly premiere. “Yes, I have a lot of shows available — I just need somewhere to put them,” she said.

Adapting the gospels to the screen is a “huge responsibility” Downey said.  Producers worked with a team of evangelical, Catholic, and Jewish scholars to appropriately reflect the text and first-century cultures.

“We are believers [who] love the Bible,” she said. “But I can’t pretend to be a Bible expert. We had theologians guiding us each step of the way.”

The team consider this an opportune season for Resurrection to premiere. “Surely now more than ever, we need a story of hope,” said Downey. “If an audience shows up for it, we have tons more that we want to make.” And Discovery Plus is ready to show them.

Learn more about Resurrection, which is now available on Discovery Plus. Watch the full interview below.