Responding to Brady ‘Phanatik’ Goodwin, the Latest Christian Leader to Renounce His Faith 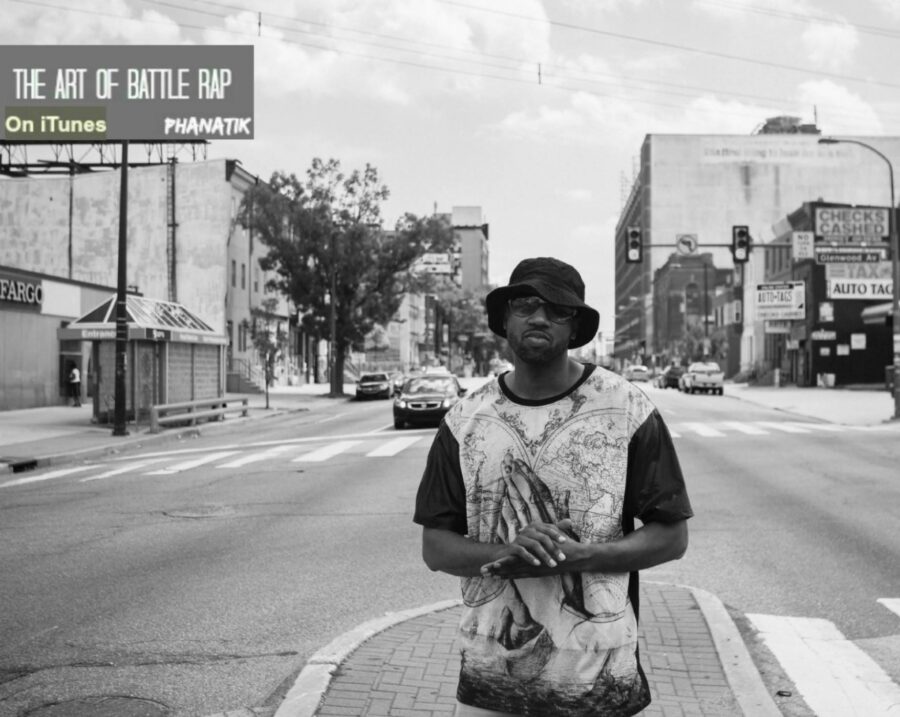 “Brady ‘Phanatik’ Goodwin, founding member of Grammy-nominated Christian hip-hop group, The Cross Movement, and in recent years an apologetics teacher, stated Monday in a video posted online that he has renounced his Christian faith,” Josh Shepherd reported on the Roys Report.

As Goodwin said in his Facebook video, “I sent a letter to my church withdrawing my membership and saying that I am denouncing the Christian faith that I have believed, professed, proclaimed, and defended for the last 30 years of my life.”

In Goodwin’s video, which is delivered with candor and pain and graciousness, he explains how his doubts began to develop when studying at Lancaster Bible College, only to deepen in 2014 when he began studying at Westminster Theological Seminary.

As Shepherd writes, “Specifically, he said learning how scholars use preexisting ‘theological commitments’ to arrive at translation and interpretation of the biblical text raised questions for him.

Personally, I was unfamiliar with Goodwin and his work until reading this announcement. But since then, I’ve heard good things about him, and I have no reason not to take him at his word when he explains his reasons for leaving his faith, and it’s clear from his video that he is not gloating or mocking.

It’s also clear he doesn’t want to hurt the faith of others. And so, at least at this point in time, he is not aggressively attacking what he once believed.

Hopefully, this is not the last chapter in his faith journey, and he would not be the first leader to fall away and then, with God’s help and true repentance, turn back to the Lord.

Can We Really Make the Bible Say What We Want It to Say?

But what about the points he makes in his video? What about the feeling that we can basically make the Bible say whatever we want it to say? Or that it’s our prior theological commitments that determine how we understand Scripture?

Put another way, is there no objective truth when it comes to God and the Bible? Does it come down to, “You have your truth and I have my truth, but there is no absolute truth?”

Speaking candidly, I know all too well what it is to struggle with the faith.

That’s because as a Jewish believer in Jesus, from my first moments in the faith, I was challenged over my beliefs. As my dad said to me shortly after my life was transformed in late 1971, “Michael, I’m glad you’re off drugs. But we’re Jews. We don’t believe this.”

That led to immediate, intensive interaction with learned rabbis (which has continued for 50 years) along with serious academic study, culminating with a Ph.D. in Near Eastern Languages and Literatures from New York University.

And in all my college and graduate studies, not one of my professors was a Bible-believing Christian. Some were even hostile to the faith, taking every opportunity to ridicule conservative Bible beliefs.

But the whole reason I earned the degrees that I did (all of which were in ancient languages) was so that I could read the original biblical text in its original cultural and linguistic context, not having to rely on other dictionaries or commentaries to understand what I was reading (although, to be sure, there can be great value in many of those dictionaries, commentaries, and other books).

Over the years, the more I studied and the more I wrestled with objections to my faith, the stronger my faith became. My mind was now in complete harmony with my heart, my intellect now matching my experience.

Others, sadly, have had different experiences and have ended up leaving the faith rather than growing in the faith. And Goodwin is careful to say, “Hey, don’t blame seminaries or put this on intellectualism, since others in my class were strengthened in their faith through their studies” (my paraphrase of his words).

But here’s the thing. Just because there are different opinions as to how to translate a biblical verse doesn’t mean that the original author was ambiguous in his writing, even if we debate the meaning today.

And just because Jewish translators of the Bible render certain key words one way and Christian translators render those same words another way doesn’t mean that one translation is not ultimately better than the other.

Just look at our political views today. Or our views on moral and cultural and social issues.

We Do Not Read the Bible in a Vacuum: The Lived Experience With Christ

Then, after His crucifixion and resurrection, when He pointed back to the Hebrew Bible and said, “It’s all predicted here!” their eyes were opened. There it was, in black and white, written centuries in advance by the prophets. (See Luke 24:13-49.) That settled things, forever. Who could possibly convince them otherwise?

In my case, my life was undeniably transformed by Jesus the Messiah. And, over the last 50 years, I could point to countless examples of God’s reality in my life (and the lives of those I’m close with). In fact, I would have to shut off my mind to deny my faith. In the words of the bestselling book by Norman Geisler and Frank Turek, I Don’t Have Enough Faith to Be an Atheist.

But that doesn’t mean that I didn’t wrestle with intellectual arguments and questions of biblical interpretation. To the contrary, I wrestled deeply, and to this day, I’m engaging these questions and challenges.

Yet what I can say it this: My studies confirmed my beliefs. And should I have a question about which theological system is correct, my experience in God tells me which theology is right.

The Beautiful Loop: Seeking Him and Studying Him

So, there is a beautiful, continuous loop, one in which the truth of Scripture is confirmed through experience, and as that truth is shared with others, they too experience God for themselves. And as we dig deeper in study, we find answers to our deepest questions.

Again, to be clear, I do not sit in judgment of “Phanatik.” To the contrary, my heart goes out to him.

But I will say this to everyone struggling with his or her faith. G.K. Chesterton once wrote, “The Christian ideal has not been tried and found wanting. It has been found difficult; and left untried.”

And for many, that is the key. The Scriptures say repeatedly that God rewards those who diligently seek Him, who search for Him and His truth more than a miner searches for gold and silver (see, e.g., Deuteronomy 4:29; Jeremiah 29:13; Proverbs 3:13-18; Luke 18:1-8; Hebrews 11:6). We are to seek Him with heart and mind, spirit and intellect.

Yet the fact is that very few of us really seek God and His truth this earnestly — by which I do not mean simply studying but rather literally seeking Him in prayer and fasting day and night until we encounter Him. I mean crying out to Him for reality and truth and encounter as if our very life depended on it.

If we will do that, refusing to quit or give up until a breakthrough comes, He will reveal Himself and He will confirm the truth of His Word. He cannot deny Himself.

(For those struggling with your faith, I invited you to call my radio show or to contact us at AskDrBrown.org. You might also find my recent book helpful, Has God Failed You? Finding Faith When You’re Not Even Sure God Is Real.)