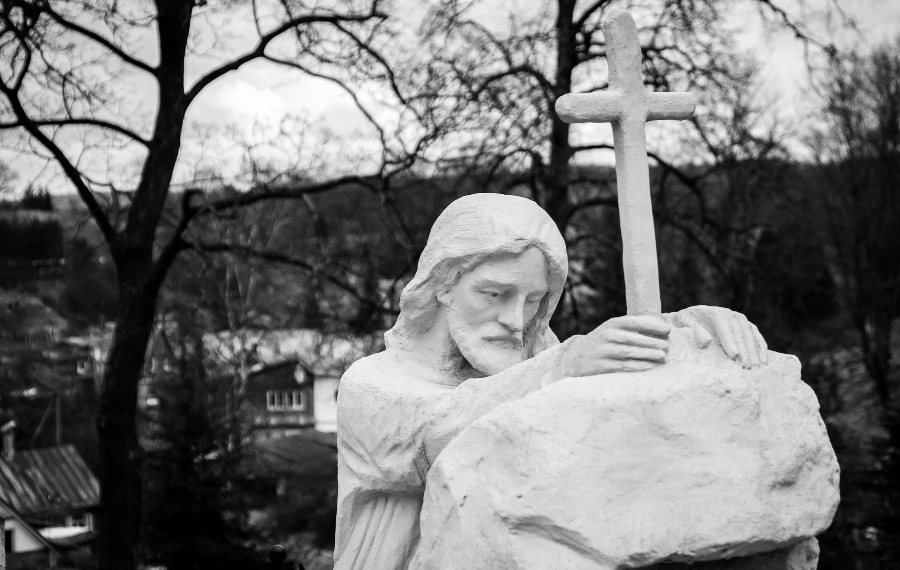 Is Christianity the one true religion? Are we even allowed to ask? And if we say it is, won’t people think there’s something wrong with us? Might we even think so ourselves?

Christians today are caught in a dilemma. We know Jesus said, “I am the way, the truth, and the life; no one comes to the Father but by Me” (John 14:6). From that and other passages we learn that His way is the only way, and no other religion can be a true religion.

Yet we live in an age when that’s exactly what we’re not supposed to believe. It’s “arrogant,” “immoral,” and “offensive” to say Christianity is the only true belief. It’s flat-out impossible besides, or so they say: No one religion could be true above all others, and even if it were, how could anyone be so bold as to think they’re right and everyone is wrong?

This edition of The Stream’s Practical Ministry Explainers for Pastors takes a close, seasonal look at the pluralism/exclusivism issue. As usual, we have a sample sermon for you to use or to borrow from, in both text and audio form.

Things We’re Not Sure Of

This conflict between religious pluralism and Christian exclusivism shows up more at this time of year than any other. They used to call it the “War on Christmas:” Can we say “Merry Christmas,” or must we stick with the generic “Happy Holidays”?

Yes, the “war” language was overblown — some might say embarrassingly so — but that doesn’t mean it was a battle over nothing. It hinged on an absolutely crucial issue: Is Jesus the One (and only) True God who came to earth that first Christmas morning?

People in the church aren’t sure. Ligonier Ministries’ “State of Theology” showed 63% of evangelicals agreeing that “God accepts the worship of all religions, including Christianity, Judaism, and Islam.” The Barna Group has found that 47% of practicing Christian millennials believe evangelizing other people is wrong. Almost two-thirds of them believe people will take offense at them if they share their faith. We’ve mostly backed down from calling it “war” these days, but some still take offense at the mere words “Merry Christmas.”

The issue has as much to do with behavior as belief. It’s okay in today’s pluralistic world if we believe Jesus is the One Savior of all mankind. We’d just better keep it to ourselves. Talk about it at home or at church, but everywhere else, you’d better be “tolerant” enough to give every belief equal respect.

Overview of the Explainer

My purpose in this explainer is to supply a brief summary background on that one huge point of contention, by

What Is Religious Pluralism?

What is religious pluralism? In a word, it’s “Happy Holidays” in place of “Merry Christmas.” It’s the lie that says all beliefs are equal, but to borrow from George Orwell, secularism is more equal than all the rest.

This article is part of a series of “Practical Ministry Explainers” on spiritually relevant cultural issues, especially for pastors and other Christian leaders. We want to serve you, the pastor, by providing you accessible, accurate information in a form you’ll find useful for ministry. Most articles will follow a standard template.

We’re eager to serve your needs with this series, so we gladly welcome your feedback on what’s helpful, what isn’t, and what you may want us to add.

I don’t mean to trivialize the matter. The “War on Christmas” has mostly faded away, but the pluralism behind it hasn’t. Merchants and media people began using “Happy Holidays” in place of “Merry Christmas” because it was wrong to single out Christianity as special.

So we should honor and respect all beliefs. And it’s not just about the major world religions, or even the lesser ones. Every person has the right to create their own idea of truth, and even on the individual level, no one can say whether one of these might be closer to reality than any other.

Christian exclusivism, in contrast, says that Jesus Christ is the one and only way to the Father. Other religions may certainly teach some wisdom — no belief tradition is false in every respect — but they’re wrong in pointing toward any other solution for sin, death, and eternal life than Jesus Christ.

Pluralism looks good on the surface. One of its key driving forces is a value that looks a lot like the Christian virtue of humility: No one can know for sure what’s true, so we should be humble about our beliefs. It’s also meant to be an expression of mutual tolerance, which in turn is supposed to keep us living in harmony.

In truth, it does nothing of the sort. Its humility is upside-down, and its tolerance is a weak, insipid, even wretched substitute for the true Christian virtues of love and respect.

Worse yet, this pluralism is completely self-contradictory. It claims to honor all beliefs, while insisting we treat all beliefs as in agreement with each other. So you think Jesus is the only way to God? That’s fine, as long as you also think Islam is true, too. And Hinduism, and Buddhism, and …

Pluralism isn’t at all the idea that all beliefs are equal. Instead it’s actually the demanding, controlling, moralistic face of secularist beliefs. Secularism may or may not be a religion, depending on how you define “religion”; but it certainly has a viewpoint on the basic questions religions seek to answer, and its answers contradict religion every time, especially Christian religion. Here are six of those questions, and the answer that comes from pluralism.

What does it mean to be human? Pluralists tend to agree with the evolutionary origins story. Many insist on it. Others prefer adopting a sage attitude, saying, “There are many traditions explaining what it is to be human; perhaps all are right in their way.”

What is the good that humans seek (or should seek)? We should all be one big happy family. Or if you don’t like families, it’s one big happy bunch of people all getting along everywhere.

What is the basic human problem? We can’t get along, mostly because we’re disrespectful and intolerant of others’ beliefs.

What is the solution to that problem? Coexist! And the first step is for every one to quit touting their religion as if it’s better than anyone else’s.

Where are we going in the long run, especially after death?? Who knows? Everyone’s got an opinion, and no one knows who’s right. So let’s just worry about where we are today, and try to get along here on earth.

I need not go into detail explaining how far that diverges from Christian belief. And make no mistake: These are pluralism’s reigning beliefs, which we all must adopt to be good secular citizens, even if it means giving up our Christian beliefs.

Granted, there are many who actually do say the faith is foolish, and they may look like they know what they’re doing. Except they’re wrong. Oops. That wasn’t very humble of me, was it? I’ve committed the sin of disrespecting someone else’s beliefs!

But what if I’m convinced Christianity really is true? Should I then say, “Sure, Jesus, I’m a Christian. I believe you’re Lord and King over all reality. But that’s not as important as what the world tells me. I’ve got to go with the flow. I have to keep all options open.”

It looks like humility; in fact, I think a lot of Christians go along with pluralism out of a misplaced sense of humility, owing to doubts about whether Christianity really is uniquely God’s truth.

There is admittedly arrogance in Christians saying we hold the truth. But that’s okay. There’s still truth. It’s just that we don’t hold the truth, the Truth holds us.

The Conflict Jesus Knew Would Come

Could we be wrong about Jesus? I don’t think so, but I’m human, so I must admit it’s possible. Secularism could be wrong, too; in fact, I’m sure it is. Does humility then demand I submit to secularism instead of the Man who is God, who I am convinced is the Lord of the Universe? How does that make any sense? Crucially, too, how does pluralism make sense of the Cross of Jesus Christ —by making it optional somehow?

Jesus knew this conflict was coming. “In this world you will have trouble,” he said, “but take heart; I have overcome the world.” The apostles drove straight into the battle — joyfully, too! — many of them to the point of death. Christians down the centuries and around the world have died for their belief in Christ. We can stand some social pressure for it.

So what can a pastor do with this in practical ministry terms? First, we all must start with our own convictions. Are we convinced that what we’re teaching is true? Convinced enough that we’ll stand for it against the false pluralism of secularism?

After that we can preach and teach:

You’ll also have conversations and counseling times with persons who have questions about this topic. Here I recommend you first make sure you know what the question is:

Knowing what they’re asking is paramount.

In all cases I’d remind them how the greatness and glory of God in Jesus Christ outweighs any such rule, and how He has promised to deliver us from any discomfort, dismissal, or even “canceling” that may come.

For This Great Season of Christmas

Christmas is coming. We need not replay the “War on Christmas.” There’s no point in offending others needlessly with it. But we certainly must stand with the truth behind “Merry Christmas.”

It isn’t the silver bells or the snow that give Christmas its joy. It’s the one true Son of God, mankind’s only Savior, uniquely born to live the one and only life of God on earth, to die in the one and only sacrifice God provides to atone for our sins, and to rise from death as the one and only person to conquer death. No other religion can match that. Pluralism itself is a weak, poor insipid set of rules in comparison. Merry Christmas? Yes! But only because of Jesus, Jesus only.