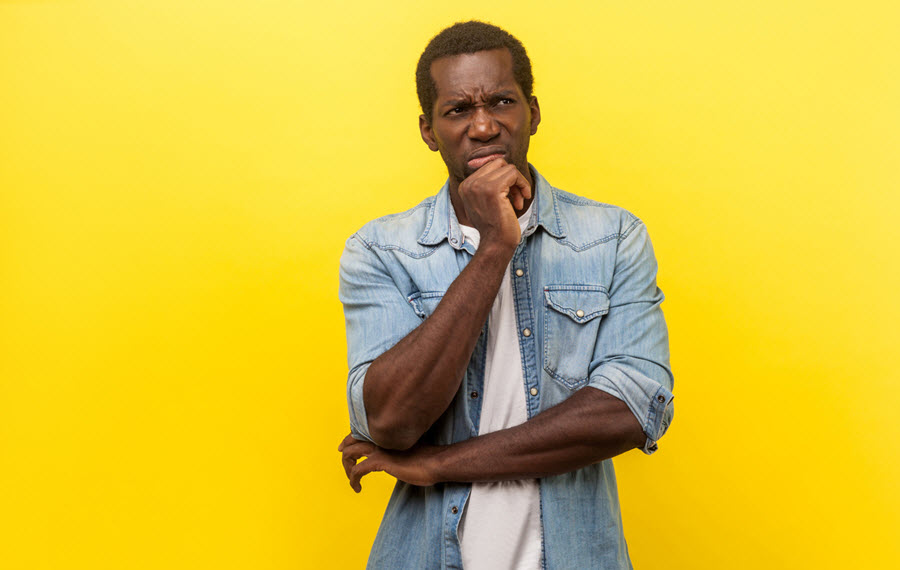 I always enjoy reading my colleague Tom Gilson’s columns here at The Stream. On most important issues covered here we think a lot alike. But we have very different ways of expressing ourselves.

Reading his stuff for me is like looking in a curved, distorted mirror. It tells me how I might have said something if I were a patient, tactful person from a happy family in America’s Heartland — the Midwest. Instead of being a travel-sized, choleric guy from Queens with parents like George Costanza’s who spent his formative years shoving onto subway cars, sometimes scaring off muggers by morphing into a psycho — to the point of chasing one thug down the street of Washington’s Georgetown, screaming “I finally get to kill someone!!!”

Let’s talk about racism. I mean, it’s the subtext of every politicized, tiresome interaction in America. So why should we be any different? In a recent column of Tom’s, he patiently dismantled the incoherent Woke view that every white person is implicated in racism. None of us has any choice. But it’s still wrong, and we should still feel guilty and torment ourselves all our lives over it because … reasons. Racism is a whites-only form of Original Sin, with no Redeemer. As Tom puts it, more tactfully, addressing the bogeyman of “Systemic Racism”:

It’s not that the system necessarily causes Whites to think racist thoughts or do racist things. No, the very fact of being on top, being the socially dominant group and enjoying the perks there, is what makes Whites racist: not that it causes white racism, though. It’s the very definition of white racism.

Thus we see that an amoral system necessarily and automatically produces immorality in Whites. That seems strange, but DiAngelo might have an answer. In an interview with Forge, she says that Whites should move beyond the “good-bad binary;” that we should just accept that we’re racist and then go on trying to dismantle racist institutions.

Here, though, she comes perilously close to saying there’s neither good nor bad in Whites’ “racism.” Whites are racist, that’s the way it is, and don’t worry about putting it on a continuum of good versus bad. But do go on dismantling institutions — systems — which we’ve just seen aren’t bad either.

Tom goes on, amiably hinting at the manifest absurdities of the new, godless Woke religion. But as a kindly Midwesterner, he doesn’t twist the knife. As the only guy on staff born and bred in pre-Giuliani Escape from New York City, that’s my job, I guess.

So here goes. To me the obvious question to ask the likes of DiAngelo is, “Why should we bother?”

It sounds like a lot of trouble. Tell the next Wokester you talk to: You don’t think that the laws should punish adultery, pornography, or other un-Christian habits modern people find hard to kick. You’ve just shown me that Racism is actually impossible for us wicked white folks to abandon. So why not just embrace it? (#BornThatWay)

What’s more, we seem to benefit from it. What group wouldn’t enjoy “being on top, being the socially dominant group and enjoying the perks there”? The Han Chinese seem to enjoy filling that role in China. The Israelis enjoy it in Israel. Various dominant ethnic groups treasure that role in countries all across Africa and Asia. Are they all wicked for practicing Racism? Or is Racism something that only white people must renounce, once again because Reasons?

What’s more, there are benefits to everyone from white Racism, on your account. Woke ideologues credit Racism with for a long list of things I value:

If I had to give up any one of those things, much less all of them, in order to purge myself of Racism, I have to tell the Woke folk: the price is just too high. I’m not buying it.

(Of course, none of those things really do rest on Racism, or benefit white people more than anyone else. But that’s another argument, to have with sane, sincere people — i.e., nobody who’s Woke.)

Are Robin DiAngelo and her colleagues actually working for white nationalist groups, recruiting? Because back in the 1960s, if you heard someone say that America was founded as a white man’s country, and that white supremacy is essential to preserving its entire culture and economic system, you’d know that you were listening to … a Klansman. Why are these “Anti-Racists” repeating some Grand Kleagle’s talking points?

Because they assume that everyone is so ashamed, so spooked, so beaten-down with guilt about the real sins of genuine Racism, that we’ll gladly cut our own throats the first time someone plays the race card, legitimately or not. But will we? Or are the likes of DiAngelo simply tearing up America’s social capital, sowing needless divisions, and pushing white people to the point where they simply don’t feel any guilt. At all. Not even for genuine evils like slavery and segregation. They’ll just be sick of hearing about it.

I think the Woke are pushing us toward that cliff, and I hope they fail. Because I don’t want to see the start of a Congressional White Caucus. Or magazines with names like Ivory. Or a White Entertainment Television network. I’d rather see boundaries dividing our fellow men fall than see them strengthened. But that’s exactly what we’ll get: a white backlash that’s ugly and overpowering, if the Woke folk keep demonizing us. At some point it would even be morally defensible, if only in self-defense. God help us if we get there. (My family left Yugoslavia for a reason.)

No Lives Matter, This I Know/ Because Charles Darwin Taught Me So

There is no persuasive argument for any person or group to give up political and economic power voluntarily. Ever. You’re a fool to do that. As the whites of Rhodesia learned, surrendering power won’t buy you good will, but simply hand the whip to your rivals/enemies.

Except one. The God of the Bible. Only if God really made all men equally in His image is justice important at all. Otherwise it’s just a bad idea from a Darwinian point of view — the only one on offer, apart from the God of the Bible.

But Woke folks and the Critical Race Theorists reject that God. They refuse His sexual ethics, deny His role in creation, dismiss His churches as Racist, and drug themselves with Marxism. They smashed the Church’s window, and looted words like “equality” and “justice.” They haven’t paid for those values and have no right to them. So they of all people can offer no reason at all why we should trust them with power over ourselves and our children. Power is all that Marxists care about, and all they think is important.

You Don’t Get to Talk About “Justice”

So don’t play their game. When Woke advocates cite any Christian value, refuse to engage them on that ground. Instead say, “You don’t believe men were created equal. You don’t even think they were Created. So why should I take you seriously? You only believe in Power, and all you want is to take some from me. But I’m not dumb enough to give any up. At least not to people like you.”

We should indeed fight what we can call, for the sake of clarity, “Racism … in the negative sense.” By that we mean intentional bias or prejudice aimed at God’s unique, wondrous creatures based on stupid things like their skin color. And let’s find another word for great things that human beings developed, who just happened to be white, which Marxists hate because at bottom they’re little better than Satanists. Maybe refer to that as “Racizm™. And fight for it as your God-given birthright, whatever color you are.