Is there any way to define "systemic racism" that doesn't commit the absurdity of wiping away racism's wrongness? 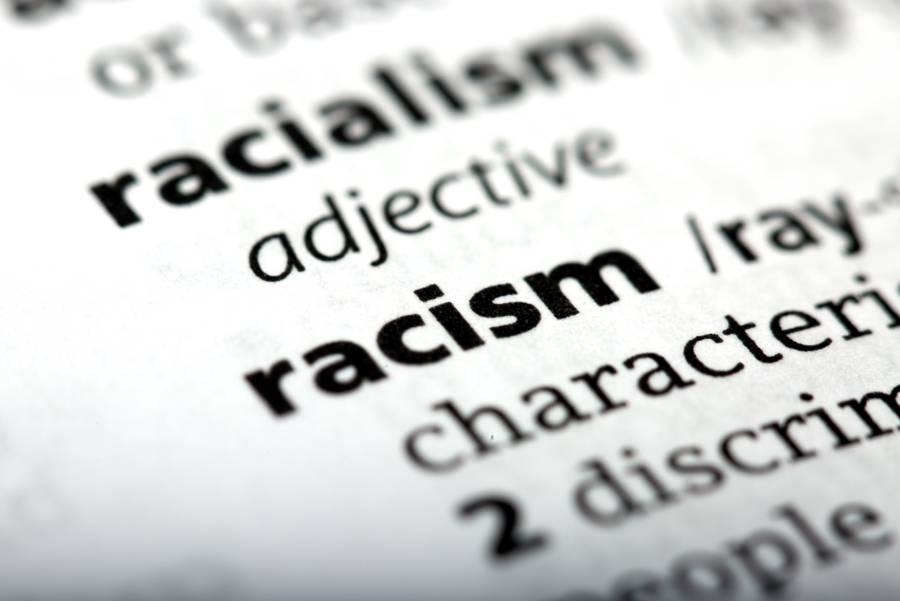 It’s the politicians and pundits’ favorite accusation: “Racist!” Surely it must mean something, right? I’ve been trying to wrap my head around what it means under the new critical race theory, especially their term “systemic racism.” I’m coming up empty. No matter what angle I look from, I find systemic racism lacking an essential quality: wrongness. There’s nothing morally wrong about it.

I know that’s unexpected. You have to look below the surface to see it, certainly. I’ve done that deep dive, and at first I thought maybe I was confused. The more I study, though, the more I’m thinking I’m not the one with the problem. It appears to me that critical race theory entails a version of racism that’s morally neutral — as if it just didn’t matter that much, ethically speaking.

Prove me wrong and I’ll gladly accept it, but for now I’m thinking the confusion is on their end, not mine.

Follow the trail here with me and see what I mean. It starts with their idea of “systemic racism.” My first question: What exactly do they mean by that?

There’s No Such Thing as an Immorally Racist System

One natural reading of the term would be that it’s about systems that are racist. That’s certainly part of their language. The University of Michigan speaks more than once of “racist systems.” NPR quotes best-selling author Robin DiAngelo saying, “It’s important to recognize that all white people have been socialized into racist systems.” The Fair Fight Initiative says we all have a duty to work “to dismantle racist systems and institutions.”

There’s a problem here, though; a big one. Systems can neither be morally wrong nor morally right. (I’ll expand on that in a moment.) So if there is such a thing as a racist system, it must be racist without moral fault. Did you know there was such a thing as racism that wasn’t morally wrong? Comes as a surprise to me, too.

Here, though, she comes perilously close to saying there’s neither good nor bad in Whites’ “racism.”

I’m talking specifically about human systems here, which are generally complex interactions of rewards and punishments that lead to predictable patterns of human behavior. It’s in the nature of systems to influence people, for good or for ill.

One easy example is the national debt spiral. Politicians seek power, which requires votes. They woo voters by giving them things. Voters appreciate the gift, so they vote the person back into power.

The incentives are massive and very present (salient); the downsides are distant and easy to ignore; and so the spiral continues. Some brave politician may try to “buck the system,” shouting, “No! This will kill us in the long run!” Then he’ll find himself politically killed, and probably in the short run. Meanwhile the system keeps cycling on, unnoticing, uncaring.

If a System is “Racist,” It’s a Racism That Isn’t Immoral

And that’s our first clue to why systems can’t be morally wrong. Systems never care. They can’t care. They don’t have the capacity; in fact they aren’t even real things at all. They’re abstractions, convenient shorthand labels describing sets of predictable behaviors based on predictable rewards and punishments.

We’re prone to saying a system “does” things, and that’s fine, but only as figurative language. I’m doing it here myself, but not as literal truth. Thus we might speak of a system as if it were a real thing, even saying, “The system has a mind of its own.” But the only real thing going on is people making decisions in the presence of predictable desirable or undesirable outcomes.

Systems can’t care, and neither can they be morally responsible, either; only humans can. Systems lack free agency, the capacity to make a choice by which they can cause effects in the world. Without free agency there is no free moral agency, and without free moral agency there is no moral responsibility. In the end it all washes out: There is neither morality nor immorality there.

So if a system is racist, it’s racist in a form that isn’t immoral, which just seems wrong. Do you see why I’m confused?

Maybe Instead “Systemic Racism” Means a System That Produces Racism

Maybe, though, systemic racism doesn’t mean systems themselves are racist (even though crits do speak of racist systems). Maybe instead it means these systems contain rewards and punishments that tend to encourage White racism. I could accept that answer if that’s what they meant. But that gets confused, too, when trying to understand what they mean by White racism, especially when people like Robin DiAngelo say that all Whites are racist, just for benefiting from racist systems.

It’s not that the system necessarily causes Whites to think racist thoughts or do racist things. No, the very fact of being on top, being the socially dominant group and enjoying the perks there, is what makes Whites racist: not that it causes white racism, though. It’s the very definition of white racism.

Thus we see that an amoral system necessarily and automatically produces immorality in Whites. That seems strange, but DiAngelo might have an answer. In an interview with Forge, she says that Whites should move beyond the “good-bad binary;” that we should just accept that we’re racist and then go on trying to dismantle racist institutions.

Here, though, she comes perilously close to saying there’s neither good nor bad in Whites’ “racism.” Whites are racist, that’s the way it is, and don’t worry about putting it on a continuum of good versus bad. But do go on dismantling institutions — systems — which we’ve just seen aren’t bad either.

Even So, It Doesn’t Produce Immoral Racism

DiAngelo seems to assume that Whites are so embedded in the system, we have no agency of our own. We are what we are and we can’t change it. (Though she still encourages us to try.)

We benefit from the system’s racism; therefore we’re “racist.” A prominent critical theory textbook tells us: “Many critical race theorists and social scientists hold that racism is pervasive, systemic, and deeply ingrained. If we take this perspective, then no white member of society seems quite so innocent.” So there you go. That’s how it is. We can’t help it.

It’s an outrageous thing to think, and totally absurd to boot. But it does seem to follow from the way crits talk about racist systems and white racism.

But if we can’t help it — if there’s no moral choice by which even the theoretically best White person could theoretically not be racist — then that seems to wipe away racism’s moral implications, too. I’m racist by birth, just as I have structural flaws in my feet by birth. Is it immoral to have foot problems?

It takes us straight to the old gay “born this way” argument that supposedly makes homosexual practice a morally neutral choice. There are fallacies in the gays’ argument, but not in the part of it that’s relevant here. If you have zero choice about it, as Whites supposedly have zero choice about being racist, then it’s hard to see how you could have any more than zero moral responsibility.

So as a White man I can only conclude I’m racist; I was born this way. If gays ever thought we should accept and celebrate their sexuality because they were “born this way,” then we’d all better accept — and celebrate — the racism Whites are born with.

Maybe They’re the Ones Who Are Confused

It’s an outrageous thing to think, and totally absurd to boot. But it does seem to follow from the way crits talk about racist systems and white racism.

So what that means, as far as I can scope it out, is that this “racism” of theirs makes no sense. It’s a “racism” that isn’t morally wrong, which we all must agree is logically and morally impossible. There is no such thing. So I’m still confused. Hours of research and I still can’t make sense of critical race theory’s “racism.”

The more I reflect on that study, though, the more I think I’m not the one who’s confused after all. It’s like some papers I’ve read and re-read, thinking, “There must be something wrong with me — this just isn’t making sense.” Sometimes it’s me, sometimes I end up concluding it’s the paper’s fault: It doesn’t seem to make sense because it really doesn’t make sense.

I’m thinking likewise now that it’s not me, but the crits’ “racism” that’s confused. The reason I can’t figure out what it really means is because it doesn’t mean much at at all. Yet still it parades on, the politicians’ and pundits’ favorite accusation. Whatever it may mean. Even if it means nothing.