Congress, Here are the Questions You Should Ask Brett Kavanaugh and His Accuser 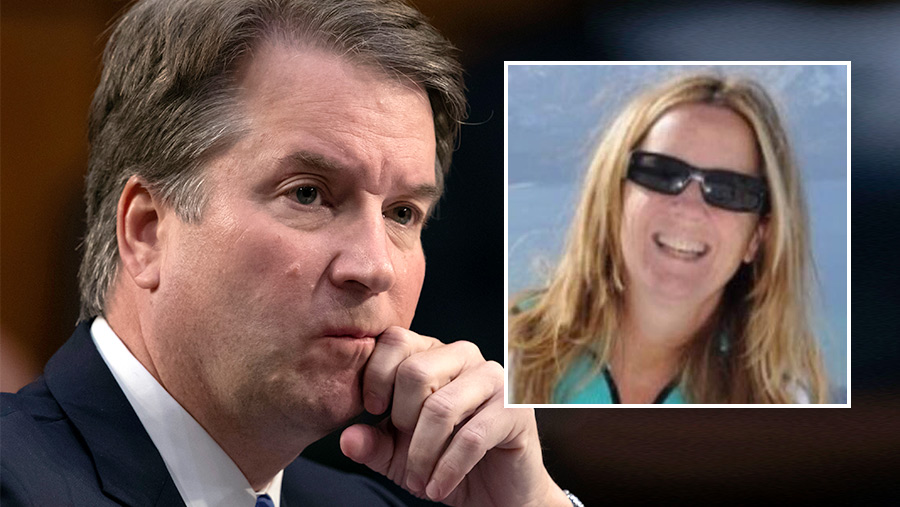 SCOTUS nominee Brett Kavanaugh is being called back to testify to the Senate Judiciary Committee on Monday about new allegations he sexually assaulted a girl in high school. His accuser, Christine Blasey Ford, may also appear. She teaches psychology at Palo Alto University.

Ford alleges that when she was 15 and Kavanaugh 17, he pinned her to a bed at a party, attempted to remove her clothes and put his hand over her mouth to prevent her from screaming. She says, “I feared he may inadvertently kill me.”

Kavanaugh denies it. He declared in a written statement, “I have never done anything like what the accuser describes — to her or to anyone.” He denied being at the party where the alleged incident took place.

Two men from Kavanaugh’s high school days, Mark Judge and Patrick J. Smyth, who Ford claimed were also present, have denied being at the party. Ford claims that Judge jumped on the bed while Kavanaugh was attacking her, knocking them all off the bed. Judge said in an interview, “I never saw Brett act that way.”

Ford wants the FBI to investigate her claims before she testifies. Sen. Chuck Grassley (R-Iowa), chairman of the Senate Judiciary Committee, has rejected her request. Kavanaugh’s supporters think she is lying or mistaken. Democrats think she is telling the truth.

How to find out? Here is a list of questions the Senate needs to ask them both in hopes of getting to the bottom of it.

Have you ever met Dr. Ford? If yes, explain what you remember of your interactions with her.

Did you go to a lot of parties in high school?

Would you get really drunk at parties when you were in high school?

Did you hang out with Mark Judge or Patrick J. Smythe in high school?

Did you ever see Mark Judge intoxicated?

Finally, should anyone be judged on what they may or may not have done when they were kids?

Why didn’t you tell your parents, friends or the authorities after the incident took place?

Why did you wait 30 years to bring up the incident? Why did you bring it up at couples therapy?

In the therapy, you never mentioned the name Kavanaugh. Why not? By then he was a well-known circuit court judge.

If this incident was so important, why didn’t you let Sen. Feinstein bring up your allegations during the confirmation hearing, or in the 1,238 written questions that were given to Kavanaugh?

Feinstein said about your allegation, “I can’t say that everything is truthful. I don’t know.” Why is she questioning your veracity?

If this is so important, why are you insisting on a full FBI investigation first? How can they investigate when you can remember neither the time nor the place?

You must have told some of your friends about the alleged incident. Why haven’t any of them come forward to verify your story? Why isn’t there a single corroborating witness?

You say he came after you because he was drunk. You also say he would have raped you if he had been less intoxicated. Which is it? Was he attempting to sexually assault you or was he incapable of assaulting you because he was so drunk?

How many drinks did you have?

If what you said really happened, it is a horrible incident you should remember quite well. Why can’t you remember how you got to the party, where the party was held, how you got home, or what year it took place?

Why is it the details you leave out are the very details that would allow Judge Kavanaugh to prove his innocence?

You said there were two boys in the room where the alleged incident took place, but you told your therapist there were four boys. Why is there a discrepancy?

Is it possible that you are remembering the wrong guy?

Why does Mark Judge, who you named as being present during the alleged incident, say it never occurred? Same with Peter “PJ” Smythe.

And More Questions for Ms. Ford

Why did you hire a Clinton fundraiser to represent you as your attorney?

Why won’t you reveal who paid for your polygraph test and what company performed it?

You claim that you didn’t want to come forward about the alleged incident. If that’s true, why did you pay for a polygraph in August and why did you hire a lawyer in August?”

Why did you scrub your social media? Did it include anti-Trump or anti-Kavanaugh tweets? Any pro-choice tweets or Facebook posts or retweets or reposts? Any “Can’t Let Another Conservative On the Court No Matter What or Roe v Wade is Finished” type posts? How do we know, since you deleted everything?

Why did your old school take your yearbooks off line? Was it because the yearbooks presented a picture of a school full of binge-drinking party girls?

You’re a successful professional woman. Do you think it’s fair for you to be judged only by what you may or may not have done as a teenager?

King says people at school were talking about the alleged incident. I thought you said you didn’t tell anyone about it at that time?

You said the alleged incident took place during the summer. But King says people were talking about it at school. Why the discrepancy?

What Democrats or Democratic causes have you contributed to?

Finally, given your own liberal views, your liberal activist lawyer’s history of defending Democrats accused of abuse, her connections to Soros-funded groups we know have been paying protesters at the Kavanaugh hearings, shouldn’t we just assume the only reason we’re hear is because Judge Kavanaugh is a conservative?

Ford is a registered Democrat who contributes to Democratic organizations. She signed a letter along with other health professionals to President Trump asking him to stop separating illegal immigrant parents from their children at the border. Many people suspect that she really was sexually assaulted, just not by Kavanaugh.

Highlights — and Lowlights — From the Brett Kavanaugh Confirmation Hearing So Far