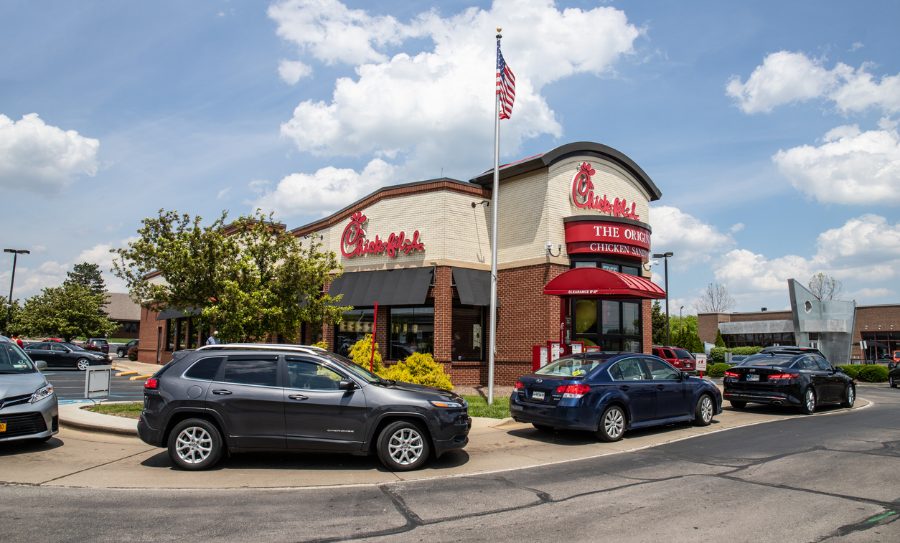 To the consternation of the haters and antichristian bigots, Fox reports that, “Chick-fil-A is officially America’s favorite fast food restaurant.”

Why all the animus towards this one fast-food restaurant?

It’s simply because: 1) Chick-fil-A is a Christian owned and operated, to the point of not doing business on Sundays; 2) Chick-fil-A executives had the audacity to state their disagreement with same-sex “marriage”; and 3) Chick-fil-A donates money to Christian ministries which uphold biblical morality, like the Fellowship of Christian Athletes; 4) worse still, some of the ministries Chick-fil-A has supported believe homosexuals can change. Oh, the crime!

That’s why, we are told, the public should stay far away from this bigoted, evil franchise. Surely, anyone who eats at Chick-fil-A is also a bigoted monster. Say goodbye to Chick-fil-A!

Unfortunately for the critics and haters, and, quite thankfully for Chick-fil-A, the company continues to thrive and grow.

Why, then, do people continue to flock to this chicken-serving, fast-food chain?

A first reason would have to be the food and the price. People enjoy the menu, otherwise they wouldn’t be there.

As the market research report indicates, Chick-fil-A scored number one in the categories of Food Quality and Value for Money Spent. That will bring customers back 7 (or, in this case, 6) days a week. (Note also that Chick-fil-A came in number one in Healthy Options.)

In the words of Ruth Graham, writing on Slate.com, although progressives still feel guilty eating there, “the product is irresistible.”

They also took number one in Overall Cleanliness and Curb Appeal, important factors for customers as well.

Because of my particular diet, I virtually never eat at fast-food restaurants. But a few months back, while delayed between flights in the Dallas-Fort Worth airport, I found a Chick-Fil-A and looked for one of their healthy options.

The airport was packed, many travelers were grumpy (what else is new?), and the lines at the restaurant were long. So, I decided to watch and see just how efficient and friendly the staff would be.

In the end, I was so impressed that I actually went looking for the manager, wanting to tell him what an amazing job he was doing. The employees seemed genuinely happy to wait on the customers. (Whether they mean it or not, they sure know how to say, “My pleasure!”)

Chick-fil-A restaurants have even been known to go the extra mile for their communities, like giving away free food to motorists stuck in a snowstorm and even opening up on a Sunday to help feed hurricane victims.

Blessed for Following Their Christian Convictions

But there’s another reason I believe Chick-fil-A has done so well. The company has been blessed by God.

The founders and owners sought to honor the Lord, which, in their minds, meant not opening on Sunday, which they understood to be the Christian Sabbath. For them, this day was to be holy to the Lord, not a day for buying and selling, and not a day for their employees to be working.

And so, despite pundits saying they are losing billions of dollars by closing on Sunday, it might just be they have made billions more by following their convictions.

The bottom line is that these are good people trying to do good business, and the public appreciates that. The haters can hate and the critics can criticize. The customers will keep on coming and boycotts will turn into “buycotts.”

Let the lesson be learned.