How Protesters are Trying to Shut Down My Campus Event 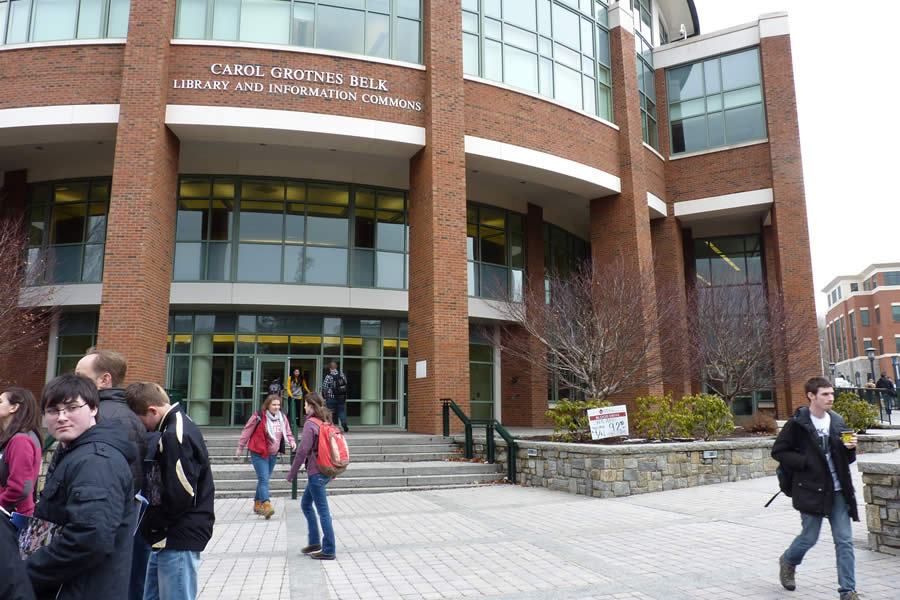 In this April 5, 2013, file photo, students are seen outside of the Carol Grotnes Belk Library and Information Commons building at Appalachian State University in Boone, North Carolina.

Sure enough, with the event scheduled for Tuesday night, February 13 (so, barely 24 hours from the writing of this column), there has been pressure on financial sponsors to drop out. Protests have been called for. The school has been asked to cancel the event. False information about me is spreading online. So much for tolerance and diversity!

When my book A Queer Thing Happened to America came out in 2011, I offered to debate any topic in the book with a qualified academic or LGBT leader on any campus in America.

My goal was not simply to debate important issues but also to conduct myself in the most Christlike, God-honoring way possible in order to build a bridge of constructive interaction between Christian campus groups and the LGBT groups.

Not only were we declined in city after city, but in some cities, the Christian campus groups told our contact people, “If you try to hold this event on our campus, we will shut it down.”

They were so concerned that they would lose their right to be on campus if such an event took place that they were willing to actively oppose it. Talk about a spirit of fear and intimidation.

A friend of ours reached out to a Christian professor at the University of Central Florida, and she booked a room for our use. As a result of this, I was told she was threatened with the loss of her job. A professor from another campus agreed to debate me on, “Same-Sex Marriage: Should It Be Legal?” And I agreed, even though that was not discussed in my book. (Go here to watch the debate.)

The week of the debate, a conference call was held with 11 people (but not me), including university vice-presidents, LGBT campus leaders, and the school’s chief of police. (The campus has more than 60,000 students.) In the end, they decided that cancelling the event would be worse publicity than holding the event. But we were required to pay for four armed policemen to be present to maintain order. And that was back in 2011, when same-sex “marriage” was illegal in Florida.

Fast forward to 2018, where conservative voices are commonly opposed on college campuses — let alone Christian conservatives — and you can see why I’m not in the least bit surprised by the hatred and intolerance being shown.

What makes this all the more ironic is that I was asked to speak on “Christian Mistreatment of Homosexuality.” Meaning, I would start my talk by addressing areas where the church has failed to reach out to the LGBT community with compassion and sensitivity. In response, the social media campaign against me and the event announces: “Rally against this hate, because hate happens here.”

Then, in the campus piece attacking me, there is a striking quote, allegedly from me: “[LGBT] people are inherently unhappy, unhealthy, sexually immoral or rebellious to the will of God.”

We will win every argument based on truth. Which is why so few people are willing to debate and why there is so much reliance on spreading lies.

The problem is that I never said those words, despite the quotation marks. It was a critic of mine who said this, yet the protest organizers cite it as my words.

Am I surprised? Not in the least. We will win every argument based on truth. Which is why so few people are willing to debate and why there is so much reliance on spreading lies. And when it comes to our attitude and demeanor, we will overcome hatred with love every time. That’s why the opposition must falsely accuse us of spewing hatred and lies.

Will the School Do the Right Thing?

The protest piece even cites article titles of mine, such as, “Are Women Nothing More than Sexual Objects?,” as if I believed that women were sexual objects. (Whereas my article says the exact opposite, of course.)

And then, of course, the protest piece mentions that the Southern Poverty Law Center officially labeled me as a hate group member, failing to realize that: 1) Dr. Ben Carson was put on a similar list. 2) The charges against me were completely vacuous. And, 3) the SPLC removed the link to my name years ago. (For the record, I took their attack on me as a badge of honor but still corrected their many errors.)

As of this moment, the event organizer, Ratio Christi, is not certain if the campus will block them from using the building that has been booked and if we’ll be forced to (or even able to) meet in another venue nearby. But I plan to make the two-hour drive there either way, eager to interact with the protesters, eager to give a presentation and take audience questions, and eager to hold the school to account, challenging them to do the right thing. Will they?

Stay tuned for more details and, hopefully, video footage of the talk. Truth can be temporarily resisted but never stifled in the end.