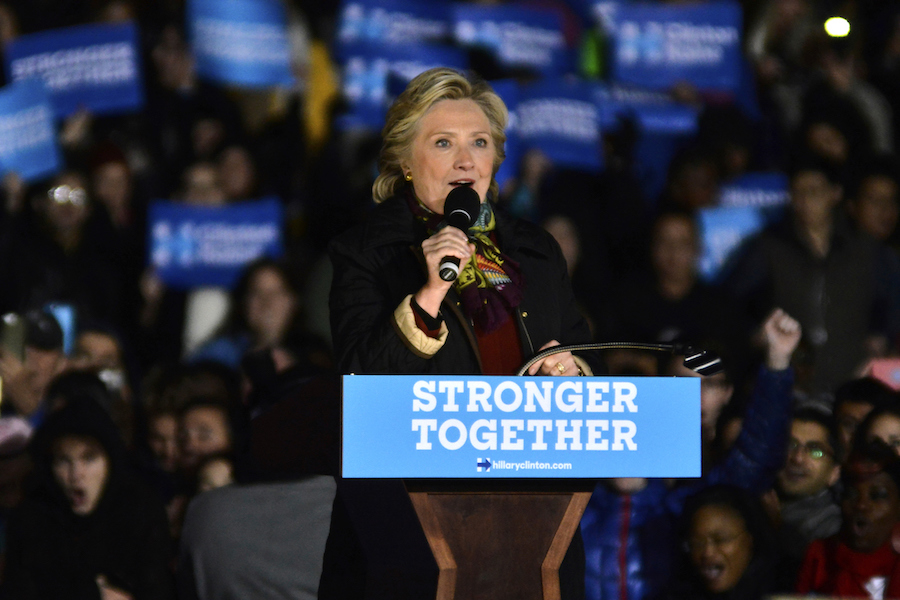 Hillary Clinton has her share of disreputable donors. They support her because they believe she will do better, or less worse, than her opponents on issues they care about. So when prosecutors say that a sex cult has been illegally bundling money for her, you have to wonder what they were expecting in return.

Patrick Howley at Big League Politics has been covering the antics of the NXIVM sex cult. He is working with ex-cult employee Frank Parlato to expose the sleaze. Known for running a master-slave ring, the cult is currently being prosecuted for racketeering.

Prosecutors filed a document recently indicating they will be producing evidence that the cult illegally bundled money for Hillary Clinton’s 2008 presidential campaign. The cult leaders exceeded contribution limits by having cult members donate. They would then reimburse them. The contributions were “bundled” and presented to Clinton at a campaign fundraiser. A political operative tipped off prosecutors. That operative pleaded guilty to unrelated bribery charge regarding campaign contributions.

Prosecutors will bring witnesses and documents proving so at trial. They say the defendants made the donations in order to pursue their own agenda, which included targeting enemies of the cult leader. Cult leader Keith Raniere is an accused pedophile. He documented himself having sex with a 15-year-old girl, who became a slave.

And previously in 2006, the sex cult leaders contributed $29,900 to Clinton. At least three of the cult’s officials are members of the Clinton’s Global Initiative.

The cult claimed to be a multi-level marketing company rooted in “humanitarian” principles. It offered self-help for women in particular. The inner sanctum of the cult is known as “DOS.” It stands for “dominus obsequious sororium,” or “master over the slave women.” The cult included several members of high society. It heavily recruited celebrities.

Female members of the group helped Raniere procure “slaves.” They would obtain embarrassing photos of them in order to blackmail them into cooperating. Initiation into the cult included branding the women with Raniere’s initials.

The Ball is Already Dropping

Former Smallville actress Allison Mack pleaded guilty earlier this month to racketeering. She is considered the No. 2 person in the cult after Raniere.

Raniere will go on trial later this month. Some of the charges against him include forced labor and possession of child pornography. Co-founder Nancy Salzman also pleaded guilty to racketeering. Her daughter Lauren admitted to enslaving a woman. She said she threatened to deport the woman back to Mexico if she did not perform requested labor. Seagram’s heiress Clare Bronfman has also been charged. She and her sister Sara are accused of bankrolling the group.

Clinton isn’t the only politician with ties to the sex cult. The father of 2020 Democratic presidential hopeful Sen. Kirsten Gillibrand once worked as a lobbyist for the group. In 2004, he earned $25,000 per month for four months. They fired him, and ended up having to pay him $100,000. Her father and stepmother, who are second cousins, were both involved with the cult. Sen. Gillibrand once sat at a table reserved for the cult at a Hillary Clinton fundraiser. This could lead to problems as her reputation as the #MeToo candidate for president.

This isn’t the end of the story. As prosecutors bring forth their evidence, it will come out in further detail what the cult leaders expected to get from Clinton in return. Will she denounce the contributions?