Prophecies are Not Simply Newspaper Headlines in Advance 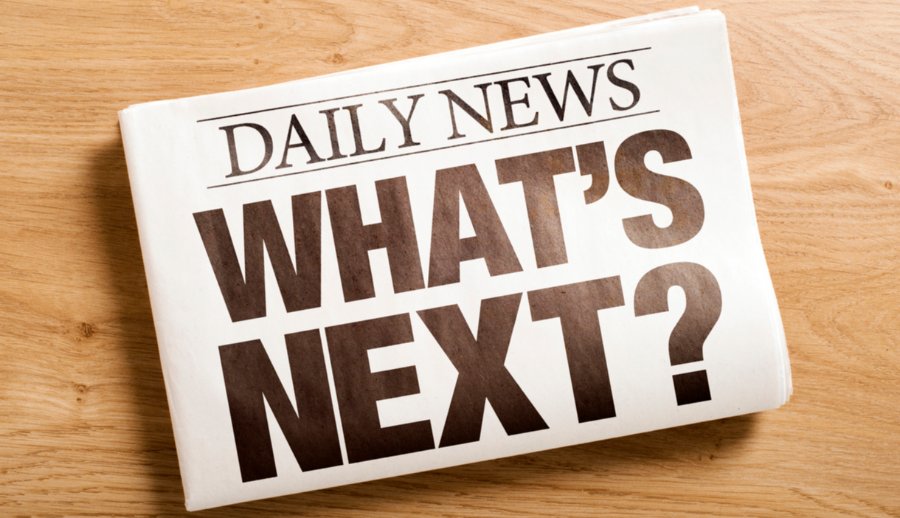 Now that the New York Times, Politico and other major secular outlets have covered the failed presidential prophecies, why don’t we make this a teachable moment and ask a basic question about prophecy? Specifically, when prophecy is predictive (and therefore foretelling rather than forthtelling), is it equivalent to headline news in advance?

Is Biblical Prophecy Generally Specific Forecasting of the Future?

The reason I ask this question is because the recent presidential prophecies were presented like news headlines in advance, informing us of specific dates and details, none of which came to pass. Yet millions of Christians were urged to believe these specific words and were rebuked when they saw fit to question them.

But is prophecy normally that specific, especially in terms of dates? Is this the biblical pattern?

Often, it is only once they have come to pass that we realize they were true. Otherwise, people would try to manipulate them into happening prematurely or try to stop them from coming to pass.

To be sure, many events are predicted in the Bible with specificity, and on rare occasion, there are specific times and dates put on the prophecies.

But that is certainly not the norm. Instead, future prophecies are frequently spoken in such a way that there is some level of ambiguity in terms of how, exactly, they will come to pass. And often, it is only once they have come to pass that we realize they were true. Otherwise, people would try to manipulate them into happening prematurely or try to stop them from coming to pass.

Think about for it a minute.

Prophesies of Jesus Weren’t Clearly Understood Until After His Resurrection

The most important prophecies in history had to do with the death and resurrection of Jesus. And when you read passages like Isaiah 53 — see our animated video on this amazing chapter here — it seems totally clear. God predicted it hundreds of years in advance!

Yet, to our knowledge, no one in Jesus’ generation fully understood those prophecies until after His death and resurrection. And even then, He had to open His disciples’ eyes. Then they saw it all clearly. It was all written in advance. (Read all of Luke 24 for two relevant accounts.)

Why, then, do we think that prophecies today will be so much clearer?

Is that clear? Would you like to tell me exactly what it means?

Or how about one of the famous prophecies from the Book of Revelation, speaking of the so-called “mark of the beast,” which some interpret with reference to Caesar and others with reference to a future antichrist? “This calls for wisdom: let the one who has understanding calculate the number of the beast, for it is the number of a man, and his number is 666” (Revelation 13:18).

What does 666 stand for? You would be amazed to see how many interpretations have been proposed.

This doesn’t mean that there is no significance to these words. It simply means that they are not simply presented like news headlines in advance. Or, when they do appear to be as plain as news headlines, there is often ambiguity in terms of exactly when they will come to pass.

Again, there are many prophecies that are very specific, such as Jonah warning Nineveh that the city would be destroyed in 40 days unless they repented. Or Isaiah telling Hezekiah that, because of his prayer, his life would be extended 15 years.

And when prophecy is more a matter of forthtelling than foretelling, it is often quite direct and explicit, calling out sin and calling for repentance in clear and specific ways (read Revelation 2-3 for examples).

When it comes to some of the most famous Trump prophecies, such as Mark Taylor’s, he initially thought Trump would run and be elected in 2012, which was wrong. Then, he realized he got his timing wrong (which is not uncommon with prophecies), and rightly prophesied Trump’s victory in 2016, along with him appointing three Supreme Court justices, which also happened. But he also predicted Trump serving a second term. That, obviously, has not yet happened.

It’s similar with the oft-referenced prophecies about Trump by the late Kim Clement. When you listen to them, some of them make sense and some do not. In fact, one of his most quoted prophecies seems to describe Trump as man of few words, yet he was anything but that.

Failed Trump Prophecies Did Not Follow the Biblical Pattern

You might say, “Then why make such a big fuss about the failed Trump prophecies now? Maybe they didn’t really fail? Maybe they’ll still come to pass?”

Not only so, but many of the prophets who predicted these things castigated those who did not believe them. They claimed their words were specific and definite and therefore, they urged, it behooved us to trust what they said.

This is not just abusive and out of order. It is also missing the way prophecy often works — and that is mysteriously.

Let’s Learn for the Future

The Lord does tell us what we need to know, first and foremost in His Word. And He does guide us by His Spirit. But He does not give us random information in advance or satisfy our curiosity. Nor, for the most part, does He give us news headlines in advance.

Had we recognized this last year, we would not have put such credence in specific words about a specific candidate getting elected at a specific time. And we would have avoided a lot of confusion and disappointment.

Next time, around, God helping we will know better.

Are You Suffering From Prophetic Burnout?