Pro-Life Vigilantism: Why Not? 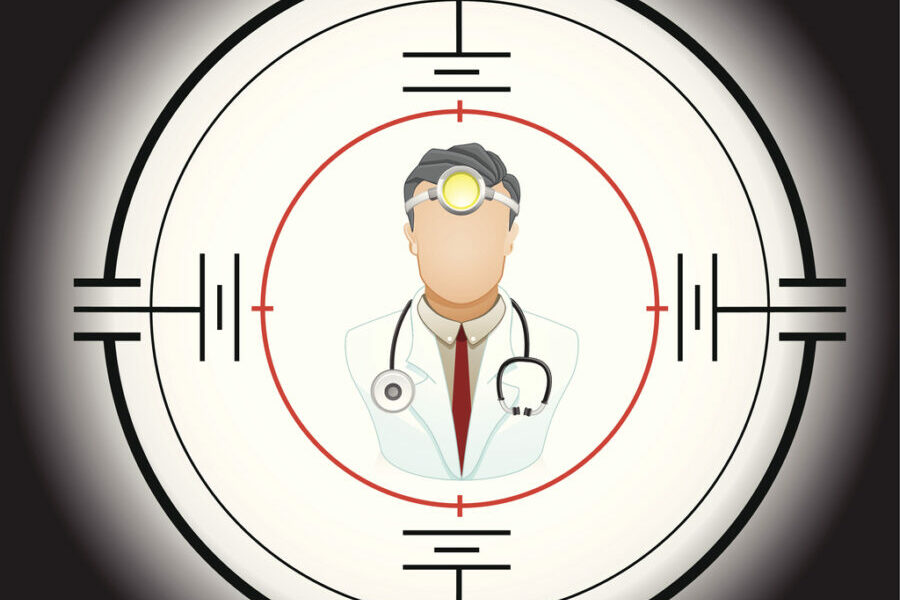 The Texas Heartbeat law has set off a minor panic in our culture. That’s because modern life rests on abortion as back-up birth control for our sexual convenience. Whatever genius came up with this law has so far shielded it from immediate nullification by our country’s philosopher kings. You know, the five lawyers who in fact rule us by decree behind the fig leaf “judicial review.”

What sets this statute apart from previous pro-life measures? Instead of empowering the State to prosecute those who kill babies, it empowers private citizens to sue them for their blood-money. Brilliant, just brilliant. That creates a profit motive for people to stand up and protect the vulnerable.

This shift to citizens evades some of the most dishonest claims in the lying, sophistical arguments of biased, crooked judges who’ve pretended over the decades that our Constitution protects the murder of babies. (And our elites pretended to believe them, so their own spoiled kids could “sow their wild oats,” without producing unwanted grandkids. But mainly so that the number of welfare babies would go right on getting culled.)

The Texas bill’s shift has provided a brand new talking point for the babykillers. (I won’t pretend that they’re “pro-choice,” since they don’t favor letting women choose to reject vaccines, or take heroin, or work as prostitutes, or work at jobs for a penny less than the legal minimum wage. It’s not “choice” they favor, but dead babies, period.) Now we must face a moral panic about pro-life “vigilantism.”

Oh wait. We already live in such a world. And nobody questions the legal tort system, class action lawsuits, whistleblower laws, or “anonymous tips” about child abuse. Except for now, when these perfectly normal things threaten … killing babies for sexual convenience. Got it, thanks Mainstream Media!

Why Not a Hunting Season? A System of Bounties?

Hearing audible panic attacks about “pro-life vigilantes” got me thinking. Are we all really clear about why we don’t actually favor, you know, the genuine article? Because a real system of pro-life vigilantism would mean a hunting season for abortionists, maybe even a scheme of bounties for their heads. (Or maybe … their hands.) And we know that would be wrong. But why, exactly?

For many years, I was dissatisfied with the reasons pro-lifers gave for our movement’s peaceful conduct. After all, if we believe that each abortion is a murder, then every abortion clinic amounts to a kind of death camp. Doctors who kill thousands of babies each year are effectively hit men, or serial killers. So why did our groups so forcefully condemn attacks on clinics, or even doctors? Mind you, I wasn’t seeking to license such violent attacks. I oppose them too.

But not for the reasons I usually saw my fellow pro-lifers give. Some would aver that “Violence never solves anything,” for instance. That clearly isn’t true. It solves a lot of things. It solved the question of whether Americans could hold black citizens as slaves. In 1945, my father served under General Patton, and helped solve the question of whether the German government could go on running extermination camps. Whenever we call the police, we are asking the government to wield the means of violence to stop an injustice.

Do We Not Believe Our Own Slogans?

Anti-fetus activists would use these rare attacks on their own violent facilities to paint the pro-life movement as incipiently terrorist — or else as unconvinced, even hypocritical. I’ve seen anti-fetists sneer, “If you really thought Planned Parenthood clinics were murder hubs, you’d favor burning them down. Since you don’t, you must really know that they aren’t.”

For a while, I settled on the following rationalization: “On the contrary, I know that these clinics are murder centers, which deserve to be violently attacked if the government won’t close them. However, I’m too attached to life outside of prison to do what maybe I ought to.” Essentially, I refrained from pro-life violence because of the threat of prison rape.

Just War. Not Just Because

But that’s not a principled argument. In the aftermath of the shooting of late-term abortionist George Tiller, I sat down and really thought the question through. In so doing I realized that what really motivates pro-lifers to adhere to peaceful means are Christian Just War principles, applied to the question of starting a civil war.

Because that’s what you’re doing, if you decide to use violence to stop an activity that is currently allowed by law. The leaders of the Boston Tea Party, when they violently prevented the sale of British tea in America, knew that they were engaged in an act of revolt. They knew it could well provoke a military response. The Declaration of Independence, in fact, is one long Just War argument on why British abuses meet the traditional criteria for such a war.

When John Brown led a slave revolt, he was following in their footsteps. Leftist revolutionaries in the 1960s and 70s were committed to violent overthrow of the U.S. government. They ought to have been tried for treason by military tribunals, instead of getting slaps on the wrist and careers in academia.

The Criteria for a Just War Are Very Demanding

Any such act of revolt is an act of war. So we must treat it with the proportionate level of seriousness, and weigh it carefully in the scales of the Just War tradition. And that’s what the pro-life movement, decentralized as it is, did in the wake of Roe v. Wade. Let’s lay out the logic here, going one condition after another, as codified in the Catechism of the Catholic Church.

Absolutely, the death of almost a million innocent children per year, for the sake of American’s sexual convenience and back-up birth control, meets this criterion.

This manifestly isn’t true, however ingenious and dogged pro-choicers turn out to be. They’ll throw anything at the wall to prove that the U.S. Constitution demands that the U.S. have the least protective abortion laws on earth, apart from Communist China, North Korea, and Canada.

I remember the rage we pro-lifers felt when the Supreme Court issued the dishonest, almost nihilistic Planned Parenthood v. Casey. It asserted that the most basic American principle — liberty — demanded that the state remain agnostic about when life begins, and whether that new life has value. This in a government system that clearly defines the moment of death. And bans all other forms of invidious age discrimination. And in countless ways cites “state interest” in interfering with our bodily sovereignty — on every issue from prostitution to drug use, from vaccination status to the minimum wage we’re allowed to work for.

Well, the Texas Heartbeat law demonstrates that we pro-lifers can be ingenious too.

But the abortion industry is massively rich. And America’s elites are staggeringly arranged on its side of this question. We saw in the Brett Kavanaugh rape smear the depths to which the anti-fetus movement will sink to maintain control of US courts.

Social media censorship makes it plausible that pro-life voices will actually be silenced in the foreseeable future. You know, the way opposition to vaccine mandates, and lockdowns, has been quashed in other English-speaking countries such as Australia. Dissidents are going to prison. As our January 6 protesters languish in jail to this very day.

So we might in the future come to a point where Condition #2 is actually met — when no non-violent resistance to abortion is possible in America. But we’re not there yet.

The Real Deal-Killers: Prospects of Success and Disproportionate Damage

What really settles the question, however, are conditions 3 and 4, which we should consider together:

As our government increasingly scorns key elements in the Bill of Rights, including and especially gun rights, millions of Americans outside the formal pro-life movement will be thinking through the very serious practical questions raised by these two conditions. They should think long and hard, and soberly. They must consider the savage destruction wreaked by other modern civil wars, from Spain in the 1930s to Afghanistan in the 2000s.

In my next column I will consider the other side of this question: What are the criteria for unilaterally disarming the population, so it can never again serve as a check on potential tyranny in a country? I’ll argue that they should be every bit as strict and demanding as those we’d set for justifying a revolution.