Don't be too hard on Harry and Meghan. How many followers of Christ are similarly renouncing their callings in favor of chasing their dreams? 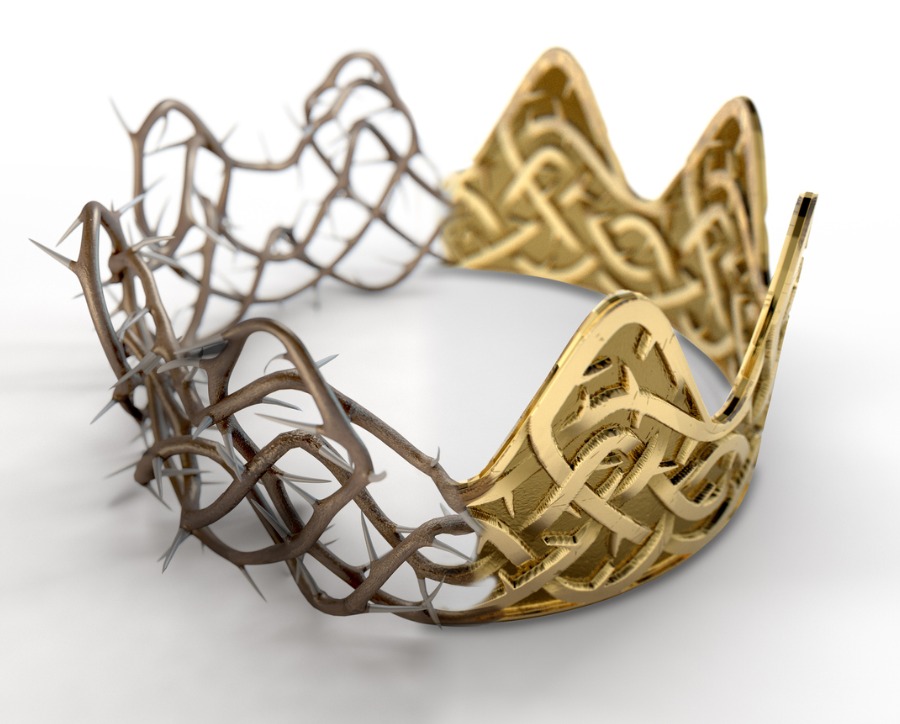 The couple will no longer use the titles His Royal Highness and Her Royal Highness, but they are not being stripped of them. Harry will remain a prince and sixth in line to the British throne.

I am fully convinced every blood-bought Believer was born with a divine, royal calling. I’m saddened at how successful the enemy has been in either convincing Christians they are worthless and common or in seducing them to forsake their identities for more self-satisfying pursuits.

In fact, many today argue they are seated in heavenly places with Christ Jesus regardless of how they respond to the heavenly mandates Christ Jesus has given them. Okay, as long as we are legitimately following Jesus, yes, we are seated with him. Prince Harry will remain a prince even though he’s relinquishing the expectations that come with that designation. I’m confident you can see the problem this presents, however.

This article isn’t a judgment on Prince Harry and Meghan. Instead it is an indictment on the church, on God’s royal family.

But you are a chosen race, a royal priesthood, a holy nation, a people for his own possession, that you may proclaim the excellencies of him who called you out of darkness into his marvelous light. 1 Peter 2:9 (ESV)

When we come to Christ, we die. I’ll never forget a dramatic, life-altering experience I had with God decades ago. In remarkable fashion, in a way words could never faithfully express, God asked me point blank if I was willing to be a martyr. After some of the most intense minutes of my life ticked by, I ultimately said, “Yes. Life would not be worth living without being fully surrendered to Jesus, even if it means I die.”

The power of the Holy Spirit flooded me so powerfully I can still remember the encounter many years later. No, we are not called to chase our dreams. We are called to come alive as we joyfully serve the King.

How many Believers today have forsaken their royal duties to chase their dreams? How many are doing so while arguing they are still “in line to the throne?” People who have surrendered their divine callings have casually presumed upon the thrown to honor and facilitate their plans instead of honoring the King and his plans as humble servants.

What a tragic situation. In parallel fashion, many of today’s Christians are seeking the King’s blessing to disconnect so they can “maintain their private patronages and associations.”

The result? The inability to represent King Jesus while “endeavoring to uphold the values of His Majesty.” This lukewarm, abdication of royal responsibilities makes upholding divine values mostly impossible. This is the state of much of the church today. The King is no longer represented.

The new “model” will take effect this spring, though the palace did not announce an official date. As part of the new agreement, Harry and Meghan will step back from all royal duties, including official military appointments.

I’ve argued often that the church is a potent, strategic and necessary instrument of spiritual war. It’s a military, though many seek to turn it into a spa, an indulgent, personally satisfying experience.

What we have in church today is a company of inactive soldiers who are absent without leave. Their motivation is, again, personal satisfaction and the fulfillment of temporal dreams. Those who have laid down their weapons and disengaged from the fight have empowered a deadly supernatural enemy who seeks to destroy.

Every Christian was born with a mandate. While there are many variations of duties, we all have at least one that will drive us through life. That assignment ends on our death bed, or, sadly, for many, much earlier as they seek blessing from His Majesty to step aside.

Finally, be strong in the Lord and in the strength of his might. 11  Put on the whole armor of God, that you may be able to stand against the schemes of the devil. Ephesians 6:10-11 (ESV)

I pray the new “model” of life adopted by Prince Harry and Meghan will be rejected by today’s remnant church. We can’t afford for people to step back so they can focus on their personal endeavors. Instead we need every holy soldier armed and ready for the clash of battle.

I pray the best for Prince Harry and Meghan. Again, this article wasn’t about them. It was about a mirrored reality in the spiritual realm. It’s a violation of what is pure and right to accept the designation of royalty while rejecting the assignments of royalty.

Church, arise. Arm yourselves. Lock in with your fellow warriors. Obey the King. Run to battle. Annihilate the enemy. Rescue the perishing. Fulfill your assignment.

His master said to him, ‘Well done, good and faithful servant. You have been faithful over a little; I will set you over much. Enter into the joy of your master.’ Matthew 25:21 (ESV)

A Royal Wedding and the Power of Love