Has President Trump Lost His Mind or Has CNN Lost Its Bearings?

CNN is trying to pass off a tired-out rumor as news. 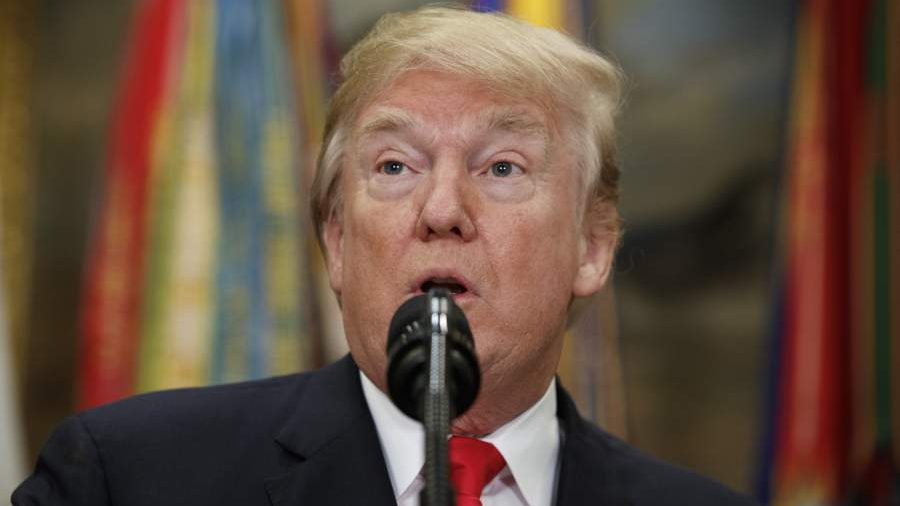 In this Dec. 12, 2017, photo, President Donald Trump speaks before signing the National Defense Authorization Act for Fiscal Year 2018, in the Roosevelt Room of the White House in Washington.

Hour after hour, relentlessly, CNN reporters bring the grim news. It appears that President Trump has lost his mind. This is a serious report about a serious story, without any bias or malice. It’s looking really grim.

About a dozen senators and representatives met last month with Yale psychiatrist Bandy X. Lee, deeply concerned about the president’s mental health. (Of course, they were not biased either.)

“Lawmakers were saying they have been very concerned about this, the President’s dangerousness, the dangers that his mental instability poses on the nation,” Lee told CNN by phone last Thursday. “They know the concern is universal among Democrats, but it really depends on Republicans, they said. Some knew of Republicans that were concerned, maybe equally concerned, but whether they would act on those concerns was their worry.”

Of course, Dr. Lee is not biased either. She is telling us the shocking facts.

And what did she tell the congressmen who met with her? One came on CNN to explain, sounding like a doctor informing the patient’s family that nothing can be done. The president’s condition is untreatable. Incurable. He’s showing increasing signs of paranoia, delusion, and isolation. It’s all downhill from here.

Politico reported on the meeting on January 3 before CNN jumped on it. Leaks from the new, Trump-bashing tell-all book provided the perfect backdrop. Not to mention the president’s verbal attack on Steve Bannon adding further fuel to the fire.

And on and on the story goes on CNN, with the utmost seriousness and without the slightest self-consciousness that their “reporting” might seem the least bit biased. Not at all. They’re just doing their job. (Hey, at least they weren’t advocating smoking pot on the air, right?)

Unfortunately, not only does their anti-Trump prejudice jump off the screen. Their reporting hardly considers that this is the same old story being repackaged again.

Check out this headline from Mother Jones dated September 24, 2017. “A Group of Experts Wrote a Book About Donald Trump’s Mental Health — and the Controversy Has Just Begun.”

Note that Dr. Lee was cited in this article as well.

It’s a “gag rule” that mental-health professionals have followed for 44 years: It’s unethical for psychiatrists to “diagnose” politicians or public figures based solely on that person’s public actions or statements, without conducting an actual in-person examination.

But now that Donald Trump is president, a national psychology organization has given psychoanalysts the green light to publicly comment on Trump’s mental health. And the move could usher in a flood of mental-health “experts” on TV news programs claiming the president is unstable or even unfit to serve in the White House.

Without ever having examined Trump, psychological professionals already have called the president “psychotic,” “narcissistic,” “paranoid,” “hypomanic,” “emotionally unstable,” “delusional” and “psychologically isolated” and claimed he has a “dangerous mental illness.” One physician suggested Trump could be suffering from an untreated sexually transmitted disease known as neurosyphilis.

Three months before that, on May 16, 2017, the (totally unbiased) Huffington Post ran this headline: “Fears Over Trump’s Mental State Gaining Traction In The Media.” Then, “’We can’t maintain the pretense that Trump is a sane and balanced adult, however much we’d like to,’ says Andrew Sullivan.”

Three months before that, on February 16, 2017, Psychology Today ran a two-part story. “Is Donald Truly Delusional? The president and mental incapacitation.”

Several people, spanning media and medicine, have tried to answer these questions, psychologizing Trump or at least discussing the propriety of psychologizing Trump. Can we blame the candidate’s apparent insanity on an actual psychological condition? Are we watching the manifestation of a severe case of narcissistic personality disorder?

There have been cautiously speculative stories in the New York Times, here on Slate, in Vanity Fair and the Washington Post and the Atlantic, all of them seeming to grow from the same unspoken wish: to explain away the crazy by labeling it as a real disorder. We like to put a name to our monsters. Diagnosing Trump, whether doing so without examining him is proper or not, helps.

So, it looks like CNN’s big story is the same old recycled story from the 2016 elections. But there’s one twist. This deluded, narcissistic candidate who was crazy enough to believe that he could become the president of the United States actually did become the president.

That, to CNN, is the scariest possible news of all.

Postscript: While doing research for this article, another headline popped on my screen: “Donald Trump SHOCKED After Daughter Publicly Admits to Taking Controversial ‘Skinny Pill’ — Behind Her Amazing Transformation!”

Upon further investigation, I discovered that this was just an ad, not news at all. These days, it’s hard to tell what’s real news and what’s not.