Why Was this Powerful Pro-Life Video Banned from Youtube?

Watch it and see the kind of pro-life speech that's being suppressed.

My non-profit, Movie to Movement, exists to discover, create and promote works of art that highlight the dignity and sanctity of human life — and do so beautifully. So I was thrilled to learn of “What Was Your Name,” a powerful original music video that accomplished all that. It was burning up Youtube, with more than 52,000 views.

I went to look for myself, and found that it was gone. Down the memory hole, thanks to arbitrary policies of content censorship in place at Youtube. This wasn’t the first time that Youtube has employed its “terms of use” boilerplate to lump in pro-life free expression with violent hate speech. It surely won’t be the last, but I’m proud to be helping the makers of “What Was Your Name?” evade the censors. Watch it for yourself, and you’ll see why some people want to shut the film down:

I’m happy to report that the filmmakers have launched a lawsuit against Youtube, demanding that their video be restored and Youtube’s policies be reformed.

Since artworks that highlight human dignity with originality and power aren’t created every day, I decided to find out the backstory behind “What Was Your Name?” by talking to the singer/songwriter who created it, Joyce Im Bartholomew. Below is a short interview I conducted with her. 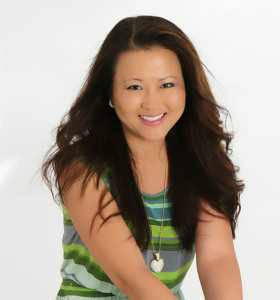 Jones: What inspired you to write this song?

Joyce Im Bartholomew: I am a volunteer spokesperson and opening singer for concerts held by Mission: PreBorn (MPB), a pro-life organization that serves crisis pregnancy centers across the nation. I think that this song in particular, “What Was Your Name?” began with the Holy Spirit deeply convicting me about the 58 million children who have been aborted in the United States since Roe vs. Wade. My heart was broken for these people who never had a chance to live their lives. Each one had a gender and deserved a name. They were supposed to go to school, get jobs, have a calling and perhaps marry and have their own children. I wrote “What Was Your Name?” as a way to recognize these lives that ended before they had a chance to begin.

Psalm 139:13-16 also inspired the song. I quote it at every concert. It says, “For you created my inmost being. You knit me together in my mother’s womb. I praise you because I am fearfully and wonderfully made. All your works are wonderful. I know that full well. My frame was not hidden from you when I was made in the secret place. When I was woven together in the depths of the earth, your eyes saw my unformed body. All the days ordained for me were written in your book before one of them came to be.”

Jones: Tell us about your experience producing the video.

Joyce Im Bartholomew: From the moment I landed in Los Angeles, the experience felt a bit “surreal.” We were turning my song into an actual visual production! I didn’t know what to expect, and I couldn’t have imagined how well it would all turn out…. Every single person on the crew was fantastic.

Roman Jacquez, our director, really took the reins and handled all of the business aspects with the utmost care. I did not worry about anything. Roman and I never ceased to keep our eyes on Jesus, and this gave us peace throughout the process — even when we got stuck in Death Valley. We eventually got out through patience and prayer (and pushing the vehicle!) in the pitch blackness of night … and got back just in time to catch our flights. It was an adventurous 12-hour drive for a 10-minute shoot, but it was well worth the effort.

Jones: What do you hope to accomplish through this music video?

Joyce Im Bartholomew: To touch the hearts of viewers on the issue of abortion. I hope that as they watch and listen they are deeply moved — moved enough to consider their own stance on abortion, and alternatives to abortion. My hope is for anyone who watches the video to realize that a child in the womb is still a child, an actual person with the right to a name, a life and a future.