Political Hypocrisy, COVID and the War on Churches 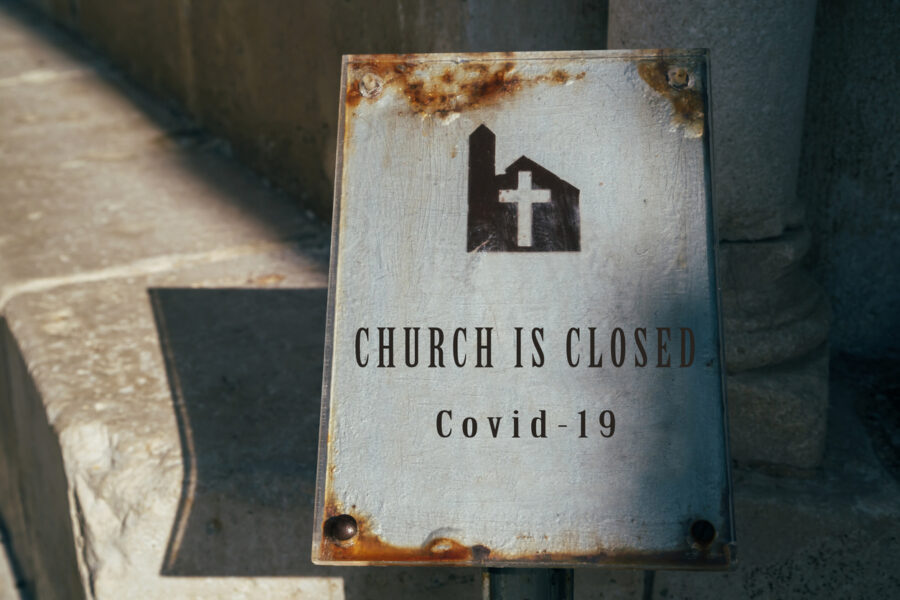 At no time in memory have we seen more glaring examples of double standards, blatant hypocrisy, and attacks on religious freedoms than we have during the last two years with the COVID outbreak.

It started last year during the lockdowns when liquor stores and abortion clinics were allowed to operate, seeing that they provided “essential services,” while church gatherings were banned and shut down.

Then, when crowds of thousands flooded our streets during major race protests and riots, over 1,200 medical professionals signed an open letter supporting the protests. Their argument was that racism was more deadly than COVID. Consequently, protesting racism, even at the risk of getting and spreading COVID, was a healthy thing to do.

To quote their letter directly, “as public health advocates, we do not condemn these gatherings as risky for COVID-19 transmission. We support them as vital to the national public health and to the threatened health specifically of Black people in the United States. We can show that support by facilitating safest protesting practices without detracting from demonstrators’ ability to gather and demand change. This should not be confused with a permissive stance on all gatherings, particularly protests against stay-home orders.”

So, go ahead and protest — as long as it’s against racism — and risk spreading death and disease to many. After all, it’s for a good cause! As for everyone else, stay home and stay locked down.

The most recent example of mind-blowing hypocrisy goes one step further, as the very same week that the Biden administration announced a massive vaccine mandate, press secretary Jen Psaki acknowledged that immigrants pouring through our borders did not need to be vaccinated. Can anyone possibly explain the rationale behind this? Anyone?

What an insult to all other Americans being put under forced vaccine pressure, and what a display of the political bias behind some of these decisions. (I do not write this an anti-vaxxer. I’m simply talking about blatant hypocrisy and double standards.)

Gamble, Yes. Worship, No. Even in the Same Building

In July 2020, the Supreme Court, quite inexplicably (in fact, without explanation), declined to hear the case of a Las Vegas church protesting the state’s unfair and uneven COVID regulations. These regulations allowed casinos to operate at 50 percent capacity but churches, regardless of their building capacity, were limited to 50 people.

What a ridiculous, indefensible example of anti-religious double standards. (I guess the casinos brought in a lot more taxable revenue than the churches.) Yet Justice John Roberts joined the four liberal justices in deciding not to hear the case.

In a dissenting opinion, Justice Samuel Alito wrote, “that while synagogues, mosques and churches were arbitrarily limited to 50 people in attendance for any religious services regardless of the capacity of their buildings, ‘certain other favored facilities may admit 50% of their maximum occupancy, and in the case of gigantic Las Vegas casinos, this means that thousands of patrons are allowed.’”

To add insult to injury, when one congregation decided to get around these restrictions by holding a pro-Trump prayer gathering in a casino, the casino was fined as a result, even though the attendees followed all safety protocols. You can gamble here to your heart’s content. You cannot worship God or pray here.

Forcing a Church That Abstains from Drinking to Get a Liquor License?

Last month, the ACLJ filed a lawsuit in federal court in Virginia on behalf Alive Church of the Nazarene. (If you thought these previous examples were crazy, this one might just take the cake.)

Because of COVID restrictions, the congregation could no longer meet in the public school it had been using, so it sought permission to meet on property located in Prince William County. The county said it would grant them permission, as long as they obtained a liquor license. (Seriously.)

But based on their denominational convictions (they don’t even serve wine at communion), they said they could not do so. As a result, the county banned them from meeting on their property. So, unless the church operates like a bar, it cannot meet on certain properties owned by the country.

As explained by Jordan Sekulow, “In so many words, our client asked the county, ‘How do we get treated as favorably as breweries and wineries?’ The county’s response, ‘Go get a liquor license.’”

He continued, “Wineries and breweries can host weddings. They can host live music. They can host community-engaging events and gatherings. They can even rent their facilities to churches to use. All while enjoying the beneficial treatment of the county’s favor and avoiding cumbersome and expensive zoning and permit requirements. But not churches.

“The bottom line is the county is treating our client, the church, differently and worse — because it’s a church and has these religious beliefs about alcohol.”

So, there you have it.

Casinos can meet at 50 percent capacity but churches, even with buildings that seat thousands, can only accommodate 50 people.

If you kill babies in the womb and sell liquor to the public, you provide essential services. If you open your building to minister to struggling families, suicidal teens, drug addicts and others, providing Christian care and support, your services are not essential.

And if a church wants to operate on some properties in Prince William County, it must get a liquor license.

As for companies with at least 100 employees, vaccines are a must. As for tens of thousands of immigrants, legal or otherwise, who cares about vaccines?