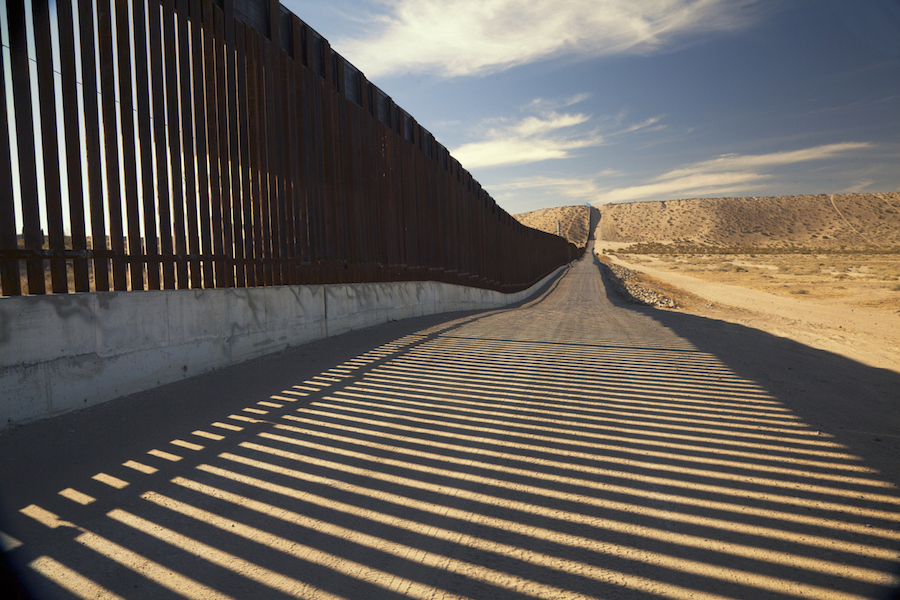 President Trump ran on the promise to build a wall between the U.S. and Mexico. But he didn’t pull out all the stops to try and get it funded when the Republicans controlled Congress. Now that the Democrats control the House, and refuse to authorize a bill fully funding the construction, he has to find other ways to pay for it.

Meanwhile, he’s agreed to sign their bloated budget bill, which provides only a measly $1.4 billion for border fencing, not the $5.7 billion he had requested. The compromise will prevent another government shutdown.

The bill will fund 55 miles of fence. The fence can only be built in the Rio Grande Valley Sector, and local governments will have a veto over it. Since Democrats control the local governments in those areas, there is a very good chance the wall won’t be built at all through that funding.

….Will be getting almost $23 BILLION for Border Security. Regardless of Wall money, it is being built as we speak!

On Friday, he declared a national emergency to get a significant amount of the funds for the wall. A federal law authorizes him to use $3.5 billion from the Pentagon’s military construction budget for the wall.

President @realDonaldTrump signs the Declaration for a National Emergency to address the national security and humanitarian crisis at the Southern Border. pic.twitter.com/0bUhudtwvS

The Democrats are preparing to file a request to halt the action in court. Even some Republicans have expressed their dislike of the approach. But previous presidents have declared a national emergency in order to get their agenda accomplished. Since the National Emergencies Act was passed in 1976, seven presidents have declared dozens of national emergencies. One of these involved military action. President Bush invoked military action on September 14, 2001, in response to the September 11 attacks. However, detractors point out that in none of these previous instances did the president invoke the Act in order to go around Congress.

Several states are suing, claiming they will lose money diverted from important military construction projects. They may succeed in the lower courts. If they do, Trump will need to find other funding. With a conservative majority on the U.S. Supreme Court, he has a reasonable chance of prevailing. But the case may not make its way to the high court for some time.

Trump says he intends to get some of the funding through other executive actions. He believes he can use $600 million from the Treasury Department’s drug forfeiture fund and $2.5 billion from the Pentagon’s drug interdiction program. Another $1.375 billion from the Homeland Security appropriations bill can be used for border barriers, although not for the wall itself.

Sen. Ted Cruz (R-Texas) urges Congress to pass his El Chapo Act. It would take money from Joaquín “El Chapo” Guzmán and other drug lords to fund the wall. The Ensuring Lawful Collection of Hidden Assets to Provide Order Act could seize as much as $14 billion from El Chapo, his net worth. Trump originally asked for $5.7 billion for the wall.

Trump doesn’t appear inclined to support the act. That may be because there is little support for it in Congress.

Disabled veteran Brian Kolfage has started a GoFundMe page to raise funds for the wall. He set a goal of $1 billion and has raised a fifth of that so far.

Trump has already started building the wall, using funding authorized in the U.S. Customs and Border Protection’s budget for fiscal year 2018. That $145 million will build six miles of wall.

“We just started a real big section [of wall] on the Rio Grande…we are getting a beautiful looking structure”. – @realdonaldtrump pic.twitter.com/mnisqtBAfT #maga #buildthatwall

Trump didn’t envision building the wall this way, but you have to give him credit. He’s making it happen. In the end, the Democrats may fail to stop him. And they’ve given him an issue in 2020 that polls well in his favor.

Can Trump Issue an Emergency Declaration Directing the Military to Build the Wall?