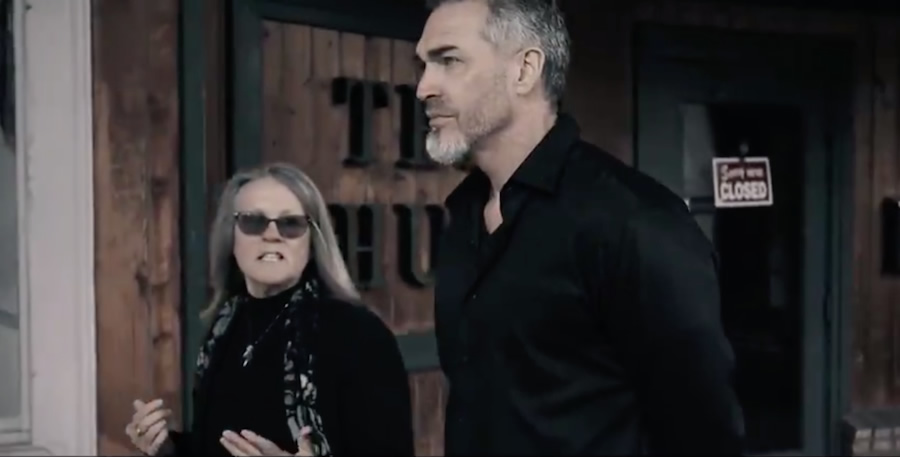 Over the last couple of days, I’ve had several friends send me a link to a video about COVID-19 called “Plandemic.” They said they can’t post it on Facebook; Facebook either removes it or threatens them with suspension before they try to post it. When I went to the URL on YouTube, it had been pulled for allegedly violating YouTube’s terms of service. A YouTube spokesperson told Buzzfeed News that they remove “content that includes medically unsubstantiated diagnostic advice for COVID-19.” The social media companies tend to look to the WHO for guidance on what to allow, but the WHO has its own questionable history with COVID-19, prompting President Trump to consider withholding funding from the U.N. agency.

Fortunately others had re-uploaded it so I was able to watch it. But YouTube is still finding the videos and taking them down. It has been uploaded to Bitchute, which doesn’t appear to be censoring it.

So what is all the fuss? The half hour long documentary features an interview with Dr. Judy Mitkovits, PhD. She is a molecular biologist. She says some very jarring things about COVID-19 including how the government and medical industry deal with coronaviruses. Plenty of doctors are featured during the video backing her up. A science insider told me she is the real deal. But critics point to her checkered work history and previous arrest to say she is not credible.

Mitkovits says in the interview that she was arrested and placed in jail several years ago for exposing corruption in the medical research field. But she doesn’t go into detail. She says she got placed on the medical community’s hit list after publishing an explosive paper exposing the dangerous use of animal and human fetal tissues in scientific experiments. She said the practice was releasing plagues of chronic diseases. Her study speculated that the retrovirus XMRV “came out of the lab into humans via contaminated blood and vaccines.”

Critics of the documentary say she was arrested for theft from her place of employment after she was fired, discrediting her. Trying to understand what happened is murky, because there are people who obviously really dislike her trying to get across things that make her look bad.

Robert F. Kennedy Jr. describes Mitkovits as having “spent twenty years at the National Cancer Institute, working with Dr. Frank Ruscetti, one of the founding fathers of human retrovirology, and co-authoring over forty articles with scientists. She co-founded and directed the first institute of neuro-immune diseases using a systems biology approach in 2006.”

On the other hand, she has aligned herself with questionable groups, such as the website Natural News. That site has a reputation for sloppy or false reporting and conspiracy theories, although some of its content is fine. Robert F. Kennedy, Jr. called Mitkovits “one of the most qualified scientists of his generation.” But Kennedy has obtained a controversial status over his denunciation of vaccines.

It appears that Mitkovits had some conflicts at work with people, and some people in her field were skeptical of her research. In 2009, she tried to show that Chronic Fatigue Syndrome was caused by the newly discovered retrovirus XMRV. Her peers were unable to reproduce her studies — which is common with groundbreaking studies — and so the magazine Science retracted its publication of her paper.

Ultimately she was fired. Her manager said she was fired for not getting along with a colleague. Mitkovits maintains that she merely refused to allow the colleague to work on a particular cell line in the lab because it went outside the scope of the research grant.

Upon being fired, she allegedly took some things home with her from the office, including lab notebooks, a computer, and other materials. This prompted authorities to arrest her and place her in jail. She claims the items were planted on her. The charges were eventually dropped.

Mitkovits recently published a book, “Plague of Corruption: Restoring Faith in the Promise of Science,” where she asserts that globalists like Dr. Anthony Fauci and Bill Gates are actually making the world sicker. She claims Fauci held up a key paper of hers on HIV in the 1980s because he wanted a friend to take credit. She thinks millions of people in Africa and around the world may have died needlessly while this information wasn’t available. Gates has no medical background so she finds it troubling that he is able to throw billions of dollars around dictating science. She says Fauci is telling us propaganda about COVID-19.

This is a real concern of many and not considered a fringe position.

She recommends repealing the Bayh–Dole Act, which has given universities the ability to misuse patents and collect royalties. Government workers are profiting off the work funded by taxpayers. This is a real concern of many and not considered a fringe position. Mitkovits thinks this contributes to the reason natural remedies are downplayed, because they’re not as profitable. She says people will support something that isn’t true in exchange for money and fame. If you don’t toe the line, you risk not getting published.

She says she’s not anti-vaccine, but notes that a pandemic like COVID-19 creates the need for a vaccine that Big Pharma can then profit from. She worries that the reason hydroxychloroquine is being withheld from a lot of patients is in order to force a vaccine instead as a solution. This despite the fact that thousands of doctors have said it is effective against coronaviruses. She is very concerned about injecting the flu vaccine into people, because it increases the risk of contracting a coronavirus by 36%, according to a recent military study.

Hospitals Get More Money for COVID-19

She is particularly worried that molecular biologists like herself may have trained coronaviruses to infect humans. She believes that COVID-19’s ability to infect humans was likely not naturally occurring but caused by scientists manipulating the virus in a laboratory. She’s also troubled that the deaths of elderly are being labeled as COVID-19 when there is no evidence of the virus. This may be due to the lure of money. Hospitals get $13,000 from Medicare per case if the doctor labels it COVID-19. The hospital gets an additional $39,000 if the patient is put on a ventilator — but patients are dying after being placed on ventilators.

I asked a biologist friend of mine who worked with viruses for years about Facebook banning the video. Facebook said Mitkovits’s advice about not wearing a face mask because they could make you sick could cause harm. He agreed with Mitkovits and responded, “Masks collect germs from your nasal and oral discharges, and they make you breathe heavier, so you are actually taking in more air from your surroundings. But beyond that, they are just pointless. They are ineffective. But the government and media have convinced people that they are necessary, so it’s a losing battle to fight them. I hate them because they are symbolic of ‘shut up and obey.'”

He says he refuses to wear a mask because the the virus is too small and can get through the holes in the mask. The N95 masks are better, but regular people are supposed to leave them for medical personnel. He said the 95 stands for 95%, as in, they are only effective at keeping out 95% of viruses.

An Objective Look at the Documentary

Alex Berenson, a former New York Times reporter, has taken an objective look at the video and censorship. He says the problem with the video is it mixes some truths with “lots of random and largely unsupported specific allegations.” He is troubled by the fact Mitkovits has an axe to grind with the infectious disease establishment, he thinks whistleblowers “driven by personal animus are the least reliable.”

Of course, he may be wrong there. I was targeted by some very evil people in law and government several years ago, destroying my legal career, and that experience motivated me to make changes in the system, such as trying to get the laws changed. My motivation isn’t based on personal animus (the original players are all mostly gone), but to make sure what happened to me doesn’t happen to others.

Berenson says the video should not be censored on YouTube and Facebook. But he points out that its style of including some wild allegations doesn’t help the cause of credible dissenters.

Berenson says the video should not be censored on YouTube and Facebook. But he points out that its style of including some wild allegations doesn’t help the cause of credible dissenters. He concludes with a condemnation of the mainstream media. …[T]he incredible spread of the video and the fact Dr. Mitkovits’s book ‘Plague of Corruption’ is #1 on Amazon (almost certainly selling 10000+ copies a day) shows that people know the narrative @CNN etc doesn’t match reality and are desperate for more information…”

Fortunately, some brave people in the media are trying to get the full story on COVID-19 and present it. Commentators like Sean Hannity, Tucker Carlson and Laura Ingraham on Fox News are bringing up alternative information, despite being ridiculed by left-wing groups like Media Matters for doing so. It is just disturbing when the disinformation has gotten so bad it’s even refuting our president, like claiming hydroxychloroquine isn’t helpful when the evidence overwhelmingly shows otherwise.

For more information like this, the sites Mercola and The Highwire have been recommended as credible sources. For a source debunking Mitkovits, check out the Snopes entry on this.