Piers, When Did Jesus Say That? 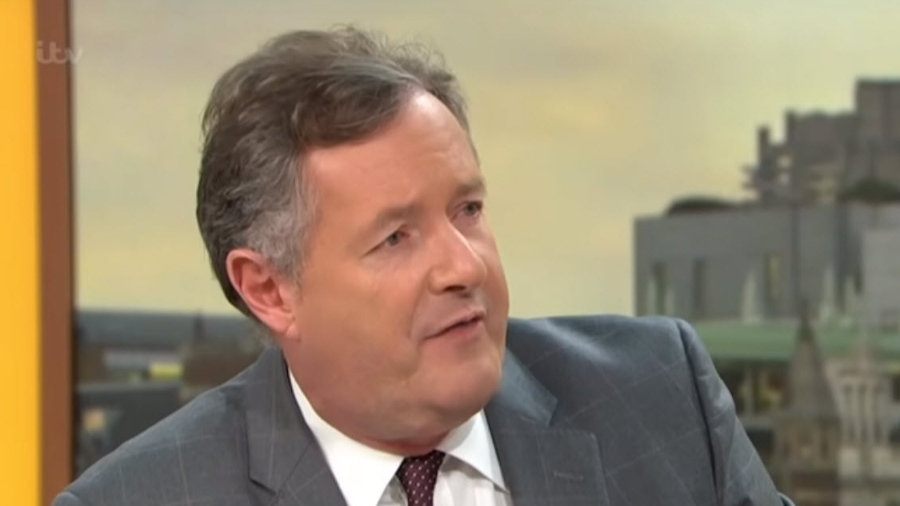 Speaking to a British doctor who affirmed that there are only two sexes, Piers Morgan said, “Jesus Christ told you to be tolerant of people as well and you seem to have failed that test.”

With all respect, Piers, could you tell us exactly where Jesus told us to be “tolerant of people”? And would you be kind enough to let us know where you get the idea that Jesus differed with the doctor’s assessment?

Without a doubt, Jesus taught us to love our neighbor as our self.

In fact, He taught us to follow His example of sacrificial love. No follower of Jesus could possibly dispute that.

He taught us to be kind to the unkind, merciful to the merciless, generous to the stingy, and loving to the unlovely.

That is not in dispute.

But was Jesus “tolerant of people”?

If you mean, did He teach that all beliefs were equally valid or that all behaviors were acceptable (as long as they didn’t “hurt” others), the answer is no. He was anything but “tolerant.”

His teaching was totally exclusive (John 14:6) and His standards incredibly high (Luke 14:25-33). If you don’t believe me, just take out your Bible (or get online) and read the Sermon on the Mount in Matthew 5-7.

Jesus’ teaching was totally exclusive and His standards incredibly high.

Or read the Lord’s rebuke of religious hypocrites in Matthew 23. He was hardly “tolerant” of them.

Or check out how He dealt with those would-be followers who made excuses in Luke 9:57-62.

Better yet, let me quote the passage for you in full:

Is this what you would call tolerant?

As for the Lord’s viewpoint on how many sexes there were, Jesus said this when answering a question about divorce: “Have you not read that He who created them from the beginning made them male and female, and said, ‘Therefore a man shall leave his father and his mother and hold fast to his wife, and the two shall become one flesh’? So they are no longer two but one flesh. What therefore God has joined together, let not man separate” (Matthew 19:4-6).

So, Jesus quotes Genesis to support the very view that this medical doctor affirms, namely, that God made us male and female. Then Piers Morgan refers to Jesus to rebuke the doctor for believing the very biblical view that Jesus affirmed.

This is similar to a boxer throwing a punch so wildly that he ends up knocking himself out. (For my own interaction with Piers Morgan dealing with Jesus and the Bible, see here.)

“Moved on from Large Swathes of the Bible”

But the irony only deepened when Morgan said to the doctor, “You are citing the bible to defend your bigotry. We have all moved on from large swathes of the bible.” [In the article cited, Bible is spelled with a small b. I do not know if this was Morgan’s intent.]

So, not only does Morgan call a medical doctor a bigot for affirming scientific truth. But he then rebukes the doctor for citing the Bible before rebuking him for not following the alleged example of Jesus.

But how does Piers Morgan know who Jesus is? How does he know how Jesus lived? How does He know what Jesus taught? It is through the very Bible that Morgan is so quick to dismiss.

Of course, Morgan would say that we all agree that we are no longer under the Sinai Covenant. That’s why we don’t stone Sabbath breakers or adulterers. And he would be right in making such a statement.

Rejecting the Words of Jesus

The problem for Morgan is that he does not accept the parts of the Bible that contradict his worldview, even from the lips of Jesus.

That would include Jesus teaching that marriage is the lifelong union of one man and one woman.

Piers, how can you refer to Jesus as a model when you reject His words and standards? Which “Jesus” are you referencing?

Or that all sexual acts outside this male-female marriage union defile us (Matthew 15:17-20; see especially v. 19).

Or that God made human beings male and female. (His teaching about eunuchs reaffirms this as well. See Matthew 19:12-14; He did not consider them to be another sex or gender.)

Piers, how can you refer to Jesus as a model when you reject His words and standards? Which “Jesus” are you referencing?

The truth is that Jesus was infinitely more than “tolerant.” And so, rather than tolerate sinners, He died on the cross for us. That’s who Jesus is. That’s the one we follow and adore.

As for how Jesus would interact with a biological male who identified as a female, He would look into the man’s soul with the perfect love of the Father. And, if the man received that love, Jesus would make him totally whole from the inside out.

That’s what you call transforming love. It is infinitely more valuable than leftist “tolerance.”

May Piers Morgan experience the fullness of that love as well.