Pete Buttigieg and the Purple Cow 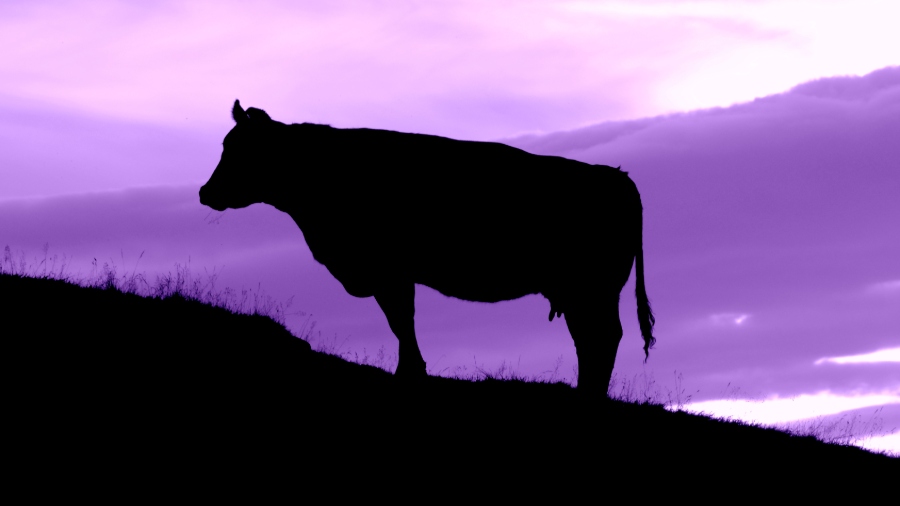 By Christopher Manion Published on October 2, 2019 •

“One of the key things most successful politicians have to be is a ‘purple cow,’” says conservative marketing genius Richard Viguerie. “By that I mean you must have ‘a hole in the marketplace,’ be unique, one of a kind, unlike anyone else. With the explosion of new and alternative media it’s harder and harder to be noticed — to stand out.”

The concept is pretty simple. When you drive around farm country here in Virginia, you see lots of cows — Jerseys, Holsteins, and lots of Angus.

Then, the Purple Cow

Pretty soon, they all look alike. And then, suddenly, “Daddy, look! A purple cow!” You pull over to the side of the road. You’ve never seen one of those! Everybody takes a picture, posts it on Facebook. Finally, you get back on the road.

But you don’t forget that purple cow. You even remember where you found him.

“Pete Buttigieg is an obvious purple cow,” Viguerie observes. “Which is proving to be a positive in today’s Democrat Party.”

Pete Buttigieg doesn’t have to support homosexual marriage, he personifies it. He’s even got a husband!

When you’re driving by the Democratic Presidential Cattle Call, Purple Cow Pete jumps right out at you. Why?

Because everybody else on the Democratic stage looks alike. They’re all falling over one another to get in the far-left lane, honking their horns, to be noticed. But Pete doesn’t even have to try.

Sure, they’re all promising trillions and trillions of free stuff. Bernie will forgive student debt, Faucahantas will make all college free, they’ll all bash the rich, welcome illegal aliens, stop global warming, call the rest of us racists, and support abortion up to birth and maybe even through Kindergarten. For all we know, at the next debate they’ll agree to cancel the National Debt!

Yes, they’re all desperate not to sound alike, but they all sound alike. They can’t help it. They’re after the Democratic “base,” which is by definition the most radical faction in the party.

So naturally, they all support homosexual marriage. Fiercely — why, Joe Biden even bragged in Iowa that the was the first in the crowd to back it!

All that hasn’t helped them at all.

Pete Buttigieg doesn’t have to support homosexual marriage, he personifies it. He’s even got a husband! And nationwide, practitioners and supporters of sodomy alike have latched onto his campaign with a vengeance.

A vengeance? That’s right. Because not only is Pete a pervert, in the language of most everyone in civilization for several millennia, Pete preaches his perversion. He gaily bashes traditional marriage supporters, from Donald Trump and Mike Pence on down. Hypocrites!

Frankly, this charade has upset a lot of Democratic leftists. Take California’s Senator Kamala Harris. Pete hasn’t bothered to criticize her sexual hypocrisy yet. He doesn’t have to.

In her past campaigns, California was a cash cow for Harris. But along came Purple Pete and he outraised her in her home state. Why? Because California is a hotbed, so to speak, of sodomy and sodomites. And among single-issue voters, supporters of “gay rights” are the most single-minded of all. But wait, her fans moan, Kamala supports homosexual marriage too!

Sorry folks, Pete’s the real thing. “Being a purple cow doesn’t guarantee you 51%,” Viguerie warns, “but Mayor Pete has ridden his hole in the marketplace to a steady 6-7%, which is 5 to 6 points more than 75% of his opponents.”

A Prophet in His Hometown?

Pete the preacher might wow them on the West Coast, but back home, among the folks who know him best, he’s toast. He’s mayor of my hometown, South Bend, Indiana. Under his “leadership,” we’ve suffered scandal after scandal. Angry voters confront Mr. Mayor whenever he makes a visit to South Bend.

His brother-in-law, a popular local pastor, condemns his “gay gospel” and calls him a “Pharisee.” The police are mad at him, he’s alienated the sizable black community, and his support of a local abortion mill has blown up in his face.

Last year, Pete vetoed a bill that would have allowed the Women’s Care Center (WCC) to build a facility next to South Bend’s only abortion mill. WCC has thirty centers in ten states that have provided assistance to mothers, families, and their children for over 35 years. But because they provide women with alternatives to abortion, “Mayor Veto” said “no.”

All Pete wanted was a major D.C. gig with a big paycheck where he and his “husband” and his faux gospel would launch him into the major leagues.

“To place next-door to each other two organizations with deep and opposite commitments on the most divisive social issue of our time” would “pose risks to the harmony, character, and value of this neighborhood,” reasoned the Harvard grad and Rhodes Scholar.

That kept Pete’s pro-abortion cred sort of intact. But last month we found out that Ulrich Klopfer, the abortionist who had worked at the South Bend mill for years, had stored the preserved remains of 2,246 aborted children in his Illinois home.

Suddenly, Pete couldn’t remember South Bend and his strong support for Klopfer’s abortuary there. “I find that news out of Illinois extremely disturbing, and I think it is important that it be fully investigated. I also hope that it does not get caught up in politics,” he dissembled, as he watched his future evaporate slowly before his eyes.

No, Pete can’t go home again, and he doesn’t want to. South Bend had become a ball and chain for this slick political operative. But can he go anywhere else?

All Pete wanted was a major D.C. gig with a big paycheck where he and his “husband” and his faux gospel would launch him into the major leagues. But those 2,246 young souls won’t go away. They’ll haunt him, even though they’d gladly forgive him, if he only asked. But that’s not the brand of faith that Pete preaches.

Does he know what he’s missing? If he asks, he will find peace. If he doesn’t, all the power and glory D.C. has to offer won’t wash away that scarlet letter.