Payback for Progressives: Redefining ‘Rights’ Comes Back to Bite Them 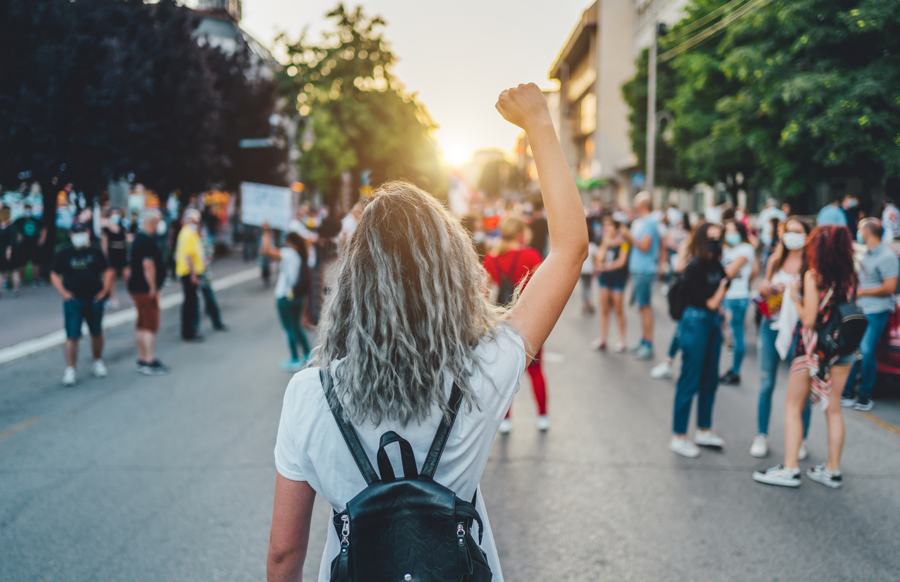 I’m going to say it outright: I told you so. I only wish it felt better.

Three years ago I wrote, “Progressives Have Redefined ‘Rights,’ and It’s Going to Hurt Them, Too.” I closed it with this:

The State Gaveth, and It Hath Taken Away

In 1973, the state supposedly gave women the “right to abortion.” And now the state has taken it away. Thus our vice-president complained after the Dobbs decision last month,

“The court actually took a constitutional right that has been recognized for half a century and took it from the women of America,” she said. “That’s shocking when you think about it in terms of what that means in terms of democratic principles in terms of the ideals on which we were founded about liberty, about freedom.”

I agree with Dobbs. I will not, however, say “blessed be the name of the state.”

I explained my reasons for that in that earlier piece, but I can expand on it now, using some of the same examples as before. Democrat presidential candidates at the time were foolishly touting “universal rights” to “meaningful health care and work for all,” or “a complete education,” or a “universal basic income.”

These may be good things to pursue. Given their vague wording, I’m sure I could work up a way to agree with any of them. Since I have no idea what makes health care “meaningful,” and I doubt anyone else does, either. Left unspecified and undefined, this “right” will tend to grow until it fills every possible space.

I’m in favor of everyone having a “basic income,” too, if the income justified in some way, which means working for it, at least for those who are able to work. A “complete education”? How does anyone know when their education is complete? All these are worded to allow for either a positive or harmful interpretation. Any of them could grow into monsters, dominating all public policy.

The swiftest route to making them monsters is by calling them rights. “Rights” is an exceedingly powerful term, a controlling term, even. It’s the one term that tells even the government what it must do for all persons at all times. Or so it would seem, in view of the way we’ve treated rights of late.

But that’s exactly backwards. The point of rights is to head off the growth of monsters. Rights were never meant to be taken as instructions for what the government must do, but as limits defining what the state must not do.

Need evidence? Look at the Bill of Rights. Its language has nearly nothing to do with what the government should do or will do, but with what the government shall not or must not do. The First Amendment starts with “Congress shall make no law.” The Second ends with “shall not be infringed.” The Third says the State may not force its way into citizens’ homes, and the Fourth essentially extends that limitation to all of government, with room for exceptions under proper due process.

Not the Creation of the State

And so it continues. What you see are limitations on the state. What you don’t see is any suggestion that the Bill of Rights creates the rights of which it speaks. It assumes their existence instead. This follows directly upon Thomas Jefferson’s brilliant language opening the Declaration of Independence, in which he marked out human rights as “endowed by [our] Creator.”

To be human is to have human rights. The state has nothing to do with that; its only role in it is stand guard against violating those rights. And primarily it must stand guard against itself, for its power is great. The Bill of Rights was written specifically to place strict limits on the state’s use of that power.

These limits must apply even when the state wishes to use its power to do good. I do not mean that the state should make no attempt at doing good. Our Constitution was constructed to allow the federal government sufficient room to operate, to do what it should do, while containing it inside proper fences.

When the Government’s “Rights” are Wrong

Fences matter, even when the government wants to do “right.” So often the state says, “This will be good for the people, we have the power to do it, so we will make it happen.” When the state says such a thing, it always means, “This will be good for (some of) the people (in certain ways), and we have the power to require other people to do it for them, so we will require it of them.” The people who are so “required” inevitably lose the exercise of their proper human rights.

The state isn’t always wrong in saying that. Every law is a moral decision. When the criminal court sentences the murderer to life in prison, it’s saying that it is morally better to confine a man for life than to allow his crime to go unpunished, or to allow the man freedom to do it again.

The Civil Rights Act of 1964 was certainly right. What made it right, though, was the state’s pursuit of protecting existing, natural, God-given human rights. The civil rights movement, I have often said, was actually a human rights movement, insisting that all races are equally human and equally deserving of the same human rights.

Another prediction, not too different than the one I made before: Progressives will howl. They’ll fume. They’ll even riot. They’ll do it without the slightest awareness that this is payback: Not from conservatives, but from reality.

Our greatest gains in civil rights have never had anything to do with granting new rights, but only with extending existing, known rights to persons previously excluded. The 14th (especially Section 1) and 19th Amendments are two shining examples. Personal liberty, due process, and the right to vote weren’t new rights. It just took the country time to catch up with the full humanity of Black Americans and of women, and to recognize they deserved freedom to exercise their inherent rights.

Extending marriage to same-sex couples is not an example of the same thing, by the way. The Supreme Court did not open access for same-sex couples to exercise some right to marry like opposite-sex couples, as if the state had previously denied them that right. It changed the definition of “marriage” instead. Humanity’s largest and most powerful institution, the state, bullied its smallest and most important institution, marriage, into becoming what the state declared it must be. That’s a great example of the government’s “rights” being wrong.

The Court had already declared a horrifically wrong “right” in Roe v. Wade. The justices’ majority opinion in this year’s Dobbs case shows with almost an overkill of evidence that there was never any recognized human right to abortion before Roe. Kamala Harris may have used savvy language but she was strictly wrong when she said Roe v. Wade had “recognized” a right to abortion. There was nothing there to recognize.

But progressives pushed for it; in fact, this whole business of creating “rights” is specifically a progressive tactic.

And now they’re paying. The Court created a right (so to speak). The Court gaveth it. And now the Court hath taken it away. What did we expect? You know what I expected: I predicted it three years ago.

And who knows when the Justices will take away some other right that some earlier Court thought it had created? Gay marriage hangs on no stronger thread than Roe v. Wade. It could go someday the same way it came.

So I’ll close with another prediction, not too different than the one I made before: Progressives will howl. They’ll fume. They’ll even riot. They’ll do it without the slightest awareness that this is payback: Not from conservatives, but from reality. Give the state power to “create rights,” and you give the state power to un-create them. That’s giving the state too much power for our own good. That goes for progressives, too.

Tom Gilson (@TomGilsonAuthor) is a senior editor with The Stream and the author/editor of six books, including Too Good To Be False: How Jesus’ Incomparable Character Reveals His Reality.