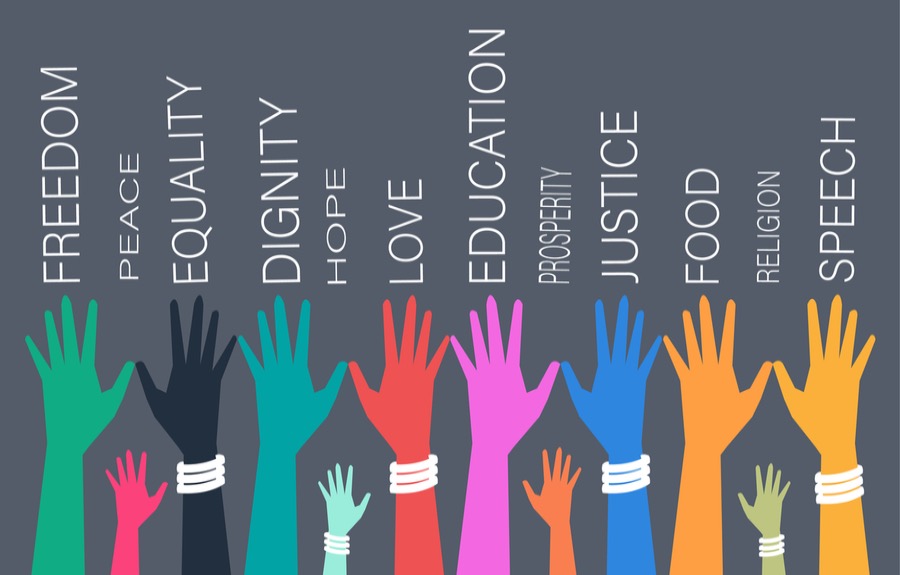 The 2020 Democratic presidential candidates have radical views on “rights,” views that are destined to harm us all — progressives included.

Alexandria Ocasio-Cortez believes in “universal rights to health care and meaningful work for all.” Bernie Sanders believes Americans have “the right to a complete education.” Progressives everywhere tout “a woman’s right to choose” (to choose consequence-free sex, that is). Jay Inslee goes further, insisting that every woman has the right to have someone else pay for her abortions.

Elizabeth Warren believes so much in the right to same-sex marriage, she thinks its benefits should be retroactive. Lesser-known Democratic presidential hopeful Andrew Yang thinks we all have the right to a universal basic income.

These progressive “rights” have two features that would have bewildered our country’s Founders. First, they’re all created by the state. That’s a far cry from all persons being “endowed by their Creator with certain unalienable Rights.”

And most of them require federal action — active federal intervention — to put them into practice. That stands in sharp contrast to the Bill of Rights, which, other than the Sixth Amendment’s trial rights, is entirely a list of interventions prohibited to the federal government.

This signals a dangerous change in the public definition of the term “rights.” We used to regard rights as inherent to our humanness under God. Now they’re being made contingent on state action.

What the state giveth, the state may taketh away; and when it does, no one but the few holding power will be left saying, “Blessed be the name of the state.”

Granted, some new “rights” supposedly serve the powerless. In practice, though, they concentrate power at the top. Bernie Sanders and other Democratic candidates want to forgive everyone’s college loan. Who benefits most from free college for all, the students or the faculty and administrators?

Even a “right” to universal basic income would end up putting the recipients under the control of the state. Real workers with real jobs have real voices and real relationships with their employers. They can quit. They can go on strike. Not so with recipients of government payouts.

Obviously, life circumstances limit workers’ opportunities, so there are practical limits to who can quit or go on strike, and when they can do it. But no one can quit on the state. No one can go on strike. No one can have any real human relationship with a bureaucracy that feeds them. If the state wants to ignore you, it can and it will. You can count on that.

This Redefinition Is Bad News to Real Rights

The word “rights” still retains some of its original meaning. Its definition hasn’t been totally obliterated; just badly corrupted. It still has something to do with, “Thou shalt not interfere with this.” Previously, though, the “thou” that was not to interfere was primarily the state, particularly the federal government. Now the “thou” is “anyone who disagrees.”

This means our right to religious freedom — to take one important example — is in serious trouble. How can it be a right under this new definition, when it stands on what the left considers the shaky, archaic ground of God, not government? How can it even be permitted, when it encourages people to disagree with today’s new “right” to total sexual freedom?

Bad News for Progressives, Even

What I’m saying is that progressives don’t just threaten our rights to this freedom or that one. They’re changing the very meaning of “rights.” We must bear that in mind no matter what we’re campaigning for, be it religious rights, free speech rights, gun rights or whatever.

And we must also keep in mind that we’re not just campaigning for our own pet causes. No nation can stand that thinks government is a better foundation than God. God Himself didn’t intend it that way. History proves, as Carl Russell Trueman rightly says, it’s “a fool’s errand that ends in cultural collapse.”

And when it collapses, it will collapse on the left as much as the right. We’re fighting for our political opponents’ futures as much as our own. For if government can define rights, it can un-define them just as easily. If government must act to enable rights, it can quit acting. If the state giveth, the state may taketh away; and when it does, no one but the few holding power will be left saying, “Blessed be the name of the state.”