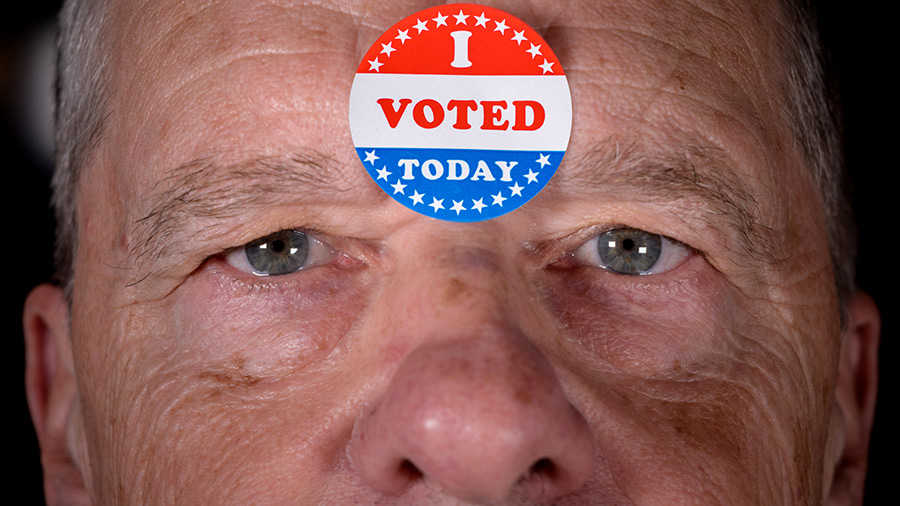 Are American Christians too politicized? Or are we not politically minded enough? And what about Christian leaders in America? Are they (we) too outspoken politically? Or perhaps not enough?

I decided to come at this from another angle, asking this question on Twitter: “What’s your opinion? If Paul was alive today and a USA citizen, how political would he be?”

Since Twitter allows four possible responses to a poll, and since there are constraints as to how many characters can be used for each response, I offered these options, with the responses placed here in parentheses:

So, almost two-thirds (64 percent, to be exact) felt that Paul would either not vote at all or else be secretive in his vote. And just 14 percent could see Paul endorsing a candidate. Very interesting!

Obviously, in the minds of those who responded to this poll, Paul was not seen through a political lens, even though he appealed to his Roman citizenship at times in Acts, and even though he spoke directly to the Jewish leadership and other Roman leadership.

Still, in the minds of the majority of the responders, Paul was more spiritual than political. Or, at the least, he would not want his political views to be a focal point.

Congregants Want Their Pastors Speaking Up

Interestingly, in polling I’ve done over the years, it’s clear that a large majority of congregants want their pastors to address controversial moral and cultural issues. In fact, when I have shown the video titled, “Why Don’t More Pastors Speak Out?”, the public response is overwhelmingly positive. It’s as if a corporate “Yes” erupts from the crowd as they express their agreement and affirmation.

But it would appear that people make a distinction between a minister addressing cultural issues and a minister voting for (or, even more so, endorsing) a candidate. This was confirmed when I tweeted the question, “If Paul was alive today and a USA citizen, would he take a public stance on abortion?”

The landslide answer was that he would be openly pro-life. Very, very few thought he would be “pro-choice” (not my favorite way of putting it, but simply used for simplicity). Even less thought he would keep his views private. (The poll results were not final as of this writing.)

So, why the strong disparity between Paul taking a public stance against abortion vs. Paul being outspoken for a political candidate?

It would appear that, when it comes to addressing cultural issues, we can do so without equivocation or compromise. We are pro-life, period. Abortion is wrong, period. Marriage is the union of a man and a woman, period.

We can quote Scriptures to support our views, and we can advocate for those views with love and compassion.

There will be plenty of controversy and opposition, to be sure, hence the reason for my aforementioned video, challenging some of our compromise and cowardice.

But the issues, from a biblical perspective, are straightforward and clear.

But Partisan Activity is a Bit Different

It’s different, however, when it comes to voting.

First, every candidate is flawed in one way or another, and when we vote for them, we’re voting for an imperfect person.

One of my good friends, who was born and raised in Europe, has urged American Christians, especially leaders, to be politically involved by voting and advocating for godly causes, but to keep their voting choices private.

In his view, this separates us from the nastiness (and earthliness) of politics, thereby freeing us to be gospel witnesses.

For many Americans, this seems like odd council, since we often see political battles as battles for righteousness. Why should we hide our views? Why should we not be public and candid? Why should we make things so separate and distinct?

In the 2016 primaries, for the first time ever, I endorsed a political candidate (namely, Senator Ted Cruz), and to this moment, I would be delighted to see him as president and would gladly vote for him in the future.

But I do not believe I will endorse a candidate again. That’s because my most important ministry calling is to be a voice, and the moment I endorsed Cruz, everything I said about relevant issues (or, the other candidates) was filtered through that lens. “We can’t listen to you, because you’re a Cruz guy!”

As for other pastors and leaders and ministers, each one must find out what pleases God most, what best serves His cause, and what truly helps His people. For my part, I am not here to judge or lecture.

I simply encourage each of us, especially those of us in spiritual leadership, to reflect on the results of these polls, for whatever they’re worth.

And whatever our specific stance might be, let us be associated with the Lord Jesus infinitely more than with any political leader or party.