When Parents Push Back Against Transanity 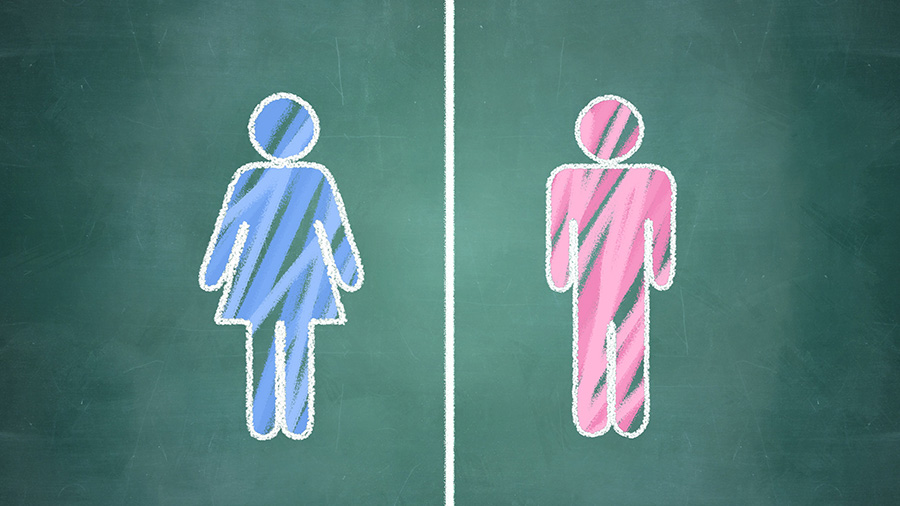 We’ve been saying for years that there will be a pushback against LGBTQ extremism. And it’s not because people are uncaring. Or intolerant. Or bigoted. Or unfair. Instead, the pushback comes as a rational reaction to the rising tide of transanity.

For those not familiar with my use of the term “transanity,” I’m not demeaning the struggles of those who believe they are trapped in the wrong body. Rather, I use the term to describe the denial of biological verities, the idea that reality is whatever you perceive it to be, and the extremist agenda that flows from this mindset.

So, while I have compassion on those who struggle, I stand against the extremist agenda.

At the same time, I have zero sympathy for parents who choose to raise their children as gender neutral until the child determines its sex. And I have less than zero sympathy for those who now refer to their littles ones as “theybies” rather than “babies.” (The “they” is because these parents refer to their infants as “they” rather than “he” or “she.”) This is a classic example of transanity.

The Case of Charlotte, North Carolina

I witnessed a pushback against transanity a few years ago in Charlotte, North Carolina, where the mayor and city council were poised to pass a bill effectively declaring all public bathrooms and locker rooms gender neutral.

We knew where the vote was heading, seeing that liberals outnumbered conservatives 6-3, and had the backing of the mayor. But the bill failed to pass that year when two of the liberal members, both males, insisted that the bill be modified. These men were uncomfortable with the idea of their wives sharing bathrooms with biological men or their daughters sharing locker rooms (or shower stalls) with biological boys.

But of course. This is perfectly rational.

The famously liberal Charlotte Observer came under sharp (and well-deserved) criticism when it opined that girls would just have to overcome the discomfort of seeing male genitalia in their bathrooms and locker rooms. Transanity indeed.

Now, parents and students are saying enough is enough when it comes to sports competitions. Enough with biological males competing against biological females. It is unfair and it is unmerited, regardless of the feelings of the trans-identified boys.

It’s bad enough when an adult male weightlifter identifies as a woman and crushes the female competition, setting records along the way.

But it’s even worse when it happens to school children.

As the Daily Wire reported on June 7,

You wonder how the other runners may have felt.

On Monday, when Connecticut had its State Open track and field championships at Willow Brook Park, one person broke the State Open records for girls in both the 100 and 200-meter runs.

That person was a biological boy.

Terry Miller of Bulkeley, a transgender, won the events. In the 100 meter dash, the runner-up was Andraya Yearwood of Cromwell, also a transgender.

What was the response to this travesty of athletic fairness?

Asked about the two girls who worked for years who got knocked out of the finals by Miller and Yearwood and the two girls who finished seventh and eighth in the finals who were denied a chance to compete in the New England championships, CIAC executive director Karissa Niehoff said, “We do feel for them. Fully agree it doesn’t feel good. The optic isn’t good. But we really do have to look at the bigger issues that speak to civil rights and the fact this is high school sports.”

It’s About Time Somebody Said Something

Thankfully, some of the parents and students were thinking clearly.

As the Daily Mail reported, “Students and parents demand ‘unfair rule’ change after two transgender teen sprinters come first AND second in the girl’s state championship, months after one competed as a boy.”

One of the female runners said, “I think it’s unfair to the girls who work really hard to do well and qualify for Open and New Englands.”

Of course it’s unfair. How could anyone disagree?

The Daily Wire noted that “coach Gary Moore told Hearst Connecticut Media that Miller should be able to compete, but the situation ‘wasn’t fair to the girls,’ adding, something should be done to ‘level the playing field.’” He then said,

I’ve been stopped by at least five coaches, all of them saying they really liked what I said in the paper. How come other coaches aren’t talking? This is a big issue a lot of coaches have, that we’ve got to do something, but how come you’re not saying anything? I’ve said what I needed to say. I’m getting a little annoyed with the coaches that we haven’t been able to get together and do what’s best for everybody.

Mr. Moore, you should be more than a little annoyed. For boys to compete against girls is not fair and not just and not right. It’s about time somebody said something.

May the opposition rise up and do the right thing. And may we continue to study the question of transgender identity, working for a compassionate solution.

But the one comment that said it all came from one of the girls, Selina Soule, of Glastonbury High. She agreed that in certain areas, boys and girls should compete against each other. “Of course,” she said, “it should be that way for math and science and chorus.”

But it’s different when it comes to sports. As she said, “Sports are set up for fairness. Biologically male and female are different. The great majority is being sacrificed for the minority.”

Let’s repeat that last sentence one more time, since it’s the very essence of transanity: “The great majority is being sacrificed for the minority.”

This will not continue without a pushback.

May the opposition rise up and do the right thing. And may we continue to study the question of transgender identity, working for a compassionate solution to help people find wholeness from the inside out.

7 Reasons Why the Transgender Revolution Will Fail

When You Get Death Wishes for Sharing Biblical Truth With Love