The Parable of the Pop Star 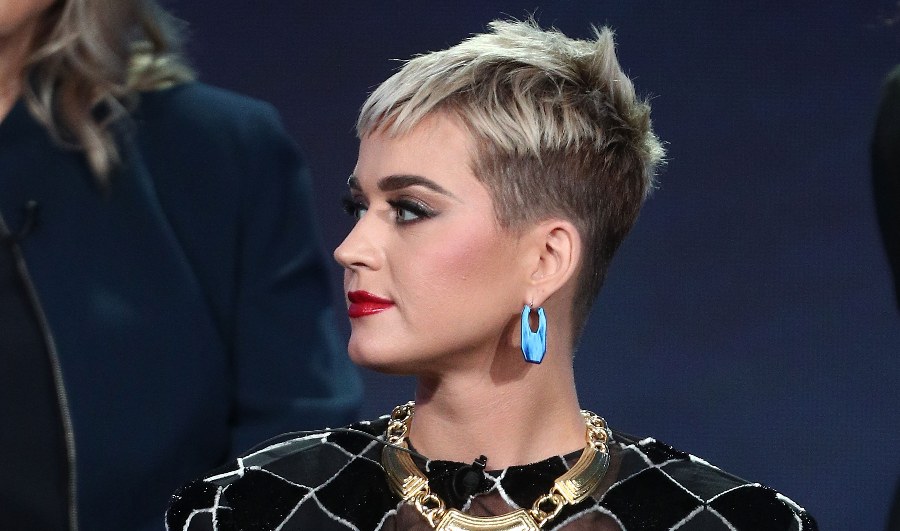 In this Jan. 8, 2018, photo, Katy Perry speaks onstage during the ABC Television/Disney portion of the 2018 Winter Television Critics Association Press Tour at The Langham Huntington in Pasadena, Calif.

Katy Perry is never one to shy away from the cameras, the limelight or the public. The pop-music megastar is everywhere. She’s on television, in commercials and videos, and dominates the pop music charts. But recently she’s been in the news for all the wrong reasons. In finalizing the purchase of an eight-acre estate in Los Angeles, Perry has gotten caught up — through no fault of her own — in a legal dispute between the Archdiocese of Los Angeles and a group of nuns from a defunct convent. The case took a bizarre turn this month, when one of the nuns collapsed and died in court during a post-judgment hearing. If nothing else, the ordeal serves as a counterpoint to the old adage that “there’s no such thing as bad publicity.”

A few years back, another Katy was making news and making a splash in the music industry. Her name was Katy Hudson. She wasn’t as big a star as Katy Perry. Her videos and songs weren’t as ubiquitous. But like Perry, Hudson was making music, appearing on TV, selling CDs and expressing herself through song.

Unlike Perry, Hudson was a rising star in Christian music. Her songs challenged her fans — mostly teens — to follow Jesus with uplifting lyrics that echoed scripture: “My faith won’t fail,” “He will prevail in the midst of my temptations,” “You said, ‘Don’t worry for I’ve healed the blind man and I’ve set the captives free,’” “You know all the secrets of my heart, and you search me.”

Many of Hudson’s songs had the same synthesized-pop sound as Perry’s music. But Hudson’s message and image were dramatically different than Perry’s. Just consider this sampling of lyrics from some of Perry’s hits:

Katy’s story shows us that God’s people are not immune from being changed rather than being change agents.

“I got so brave, drink in hand, lost my discretion.” “I lost my fake ID but you lost the motel key.” “California girls, we’re unforgettable, Daisy Dukes, Bikinis on top.” “There’s a stranger in my bed, there’s a pounding in my head, I smell like a minibar.” It’s important to point out that all of these songs are geared and marketed toward teens.

“Let’s go all the way tonight,” Perry growls in one of her bigger hits. “I’m gonna get your heart racing in my skin-tight jeans, be your teenage dream tonight,” the 33-year-old songstress hisses. Not surprisingly, the video leaves little to the imagination.

What is surprising is what Katy Perry was in 2002. At the age of 17, Katy Perry was up-and-coming Christian singer-songwriter Katy Hudson. As Katy allowed our culture to recreate her, far more than her name changed in the process.

The purpose here is not to judge or criticize Katy — like all of us, she is a child of God with gifts and flaws, strengths and weaknesses, beauty and blemish — but rather to offer a reminder that each of us has the choice to change our culture or to be changed by it.

Katy’s story shows us that God’s people are not immune from being changed rather than being change agents. We see this in our churches, where, like some of the churches described in Revelation, the truth can be subtly replaced by a watered-down gospel. We see this in our homes, where, as in ancient Israel, the seedy side of our culture can seep in, nowadays through TV screens, websites and video games. We see this in our careers, where, like Esther before Mordecai persuaded her, we might choose the path of least resistance to get along and get ahead. And we see this in in our personal lives, where, like David, we can rationalize our failures, or like Solomon, we can choose friends that pull us into the muck of live-and-let-live acquiescence rather than point us toward iron-sharpens-iron excellence.

The hard truth is that the culture around us is a powerful, almost-irresistible force. Although the old hymn sweetly tells us, “This is my Father’s world,” that’s not completely true, at least not right now. To be sure, the Father can exercise dominion over anything and anyone, at any time. And one day, His will on earth will be done just as perfectly as it is in heaven. But until then, scripture tells us that the world around us — the culture that pounds against us like relentless ocean waves — is broken and fallen. And Jesus tells us why: Satan is “the prince of this world.”

But the good news for Katy and you and me is, well, the Good News. Jesus “made a public spectacle” of the enemy at Golgotha and triumphed over him three days later. That means the enemy has already been defeated. All that’s left now is for Jesus to lock the guilty one up — the one that poisons our world and our culture, the one who tempts us, then accuses us, then shames us. The victory is won, but the battle is not yet over.

when we see the cross and the empty tomb, we can be assured that Jesus has won, even though the enemy has yet to be vanquished.

How can this be? Consider an imperfect example from our own history: When the Marines raised the flag on Mount Suribachi on February 23, 1945 — four days into the Battle of Iwo Jima — it served as a signal to the troops and to the world that victory was at hand. As the U.S. Navy explains in its battle history, “This symbol of victory sent a wave of strength to the battle-weary fighting men below, and struck a further mental blow against the island’s defenders.” Yet the battle would continue for more than a month.

In the same way, when we see the cross and the empty tomb, we can be assured that Jesus has won, even though the enemy has yet to be vanquished.

In the meantime, Jesus has shown us how to overcome the world and how to shape the culture swirling around us. He offers us a helmet of salvation to cover and protect our minds. He offers a shield of faith to extinguish and block all the world’s seductions and lies. He offers the Word, which is Jesus Himself, as our sword. He offers an armored breastplate of His righteousness. He offers a belt of truth to hold everything in place. He offers boots fashioned out of His perfect peace, enabling us to stand and fight — and when necessary to flee. And he offers a prayer-promise that if we ask for His help in resisting the world, He will come running.

As Katy once put it, “He will prevail.”

Enough With All the Rhetoric. Only God Can Save America