The Oregon Commission on Judicial Fitness and Disability has filed a laundry list of trivial complaints against Judge Vance Day, apparently hoping something will stick.

A judge in Oregon who has declined to perform same-sex marriages is now under investigation for ethical misconduct by the Oregon Commission on Judicial Fitness and Disability. This is curious because, unlike Kentucky court clerk Kim Davis, judges are not required to be involved in the process of extending legal recognition for marriages. Also, no same-sex couple ever even asked this judge to perform a marriage. Instead, Judge Vance Day decided to avoid the whole matter by ceasing to perform any weddings, a move legal experts concede is legal.

Nevertheless, the commission has move forward with the investigation of alleged misconduct, which even one left-leaning gay contributor to The Daily Beast has called “a progressive-led hit job.” Some believe Judge Day is being singled out and targeted because he is a former chair of the Oregon State Republican Party. 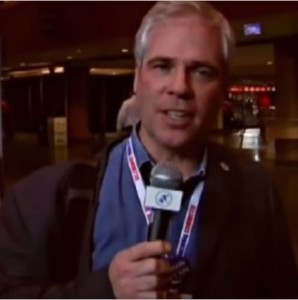 The commission is investigating an astonishingly long laundry list of items against him, which many believe is an attempt to get something, if anything, to stick. The issues include his allegedly being a bad soccer dad, his posting a photo of Hitler in his courtroom, and his allowing a veteran with a felony conviction to handle guns. Each charge collapses under even a cursory scrutiny.

Half of the complaints center around Judge Day’s outreach to veterans — no good deed goes unpunished. One veteran in particular seems to have made the most of the complaints, and considering two of the complaints dealt with the vet having access to firearms through Day, something seems fishy. Why would you rat yourself out for committing a felony? It sounds like there may have been a falling out between the vet and Day, or perhaps the vet was pressured to make these far-fetched sounding complaints.

The Hitler photo was part of a collage donated by a World War II veteran who had served in the 82nd Airborne, its purpose to emphasize Hitler’s defeat — to make Hitler look bad, not good. Day told Fox 12 Oregon, “The purpose was to show that a young, vibrant democracy of citizen soldiers could overcome a fascist dictator like Adolf Hitler.” 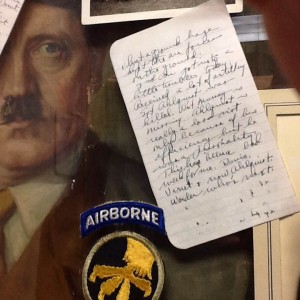 Another accusation against Day is that he asked for donations to fund the war memorabilia he hung on the wall, and that he put the displays up without permission. Day denies that he did not have permission.

Day had done business with a veteran he’d met through his courtroom proceedings, and had the vet do some work on his daughter’s house. The vet, who had a felony conviction and so was prohibited from handling firearms, found a gun inside a secret compartment in a cabinet while working. Day never told nor authorized the vet to handle firearms. Another time Judge Day went over to the vet’s house to fix his only source of heat. His son came along with him and had a handgun that Day did not know about. Another charge involved Day requiring the vet to read the book Fearless, about SEAL Team Six, of which the vet had been a member.

Most of the rest of the accusations sound so trivial they are not worth addressing. In one, his assistant reportedly did not want some of the war memorabilia hung on the wall near her station, since she found it offensive, so she removed it.

Judge Day told the Associated Press, “It appears that the commission has thrown everything in but the kitchen sink. The clear issue that they’re after me on is that I had stopped doing weddings because I have a firmly held religious conviction.”

A two-week hearing is scheduled to begin on November 9, and Day is required to pay for the entire trial himself. A conservative blog in Oregon refers to Day as a “victim of Oregon ‘tolerance.'” A defense fund has been set up for him here.

If the commission rules against Day, it will set a chilling precedent. Judge Day is not being tried by a jury of his peers, but by a commission of special appointees who likely have an agenda opposed to religious liberty. In an interview with KATU, Judge Day expressed his concern about the commission handling everything: “They’ve become the prosecutor and jury at the same time.”