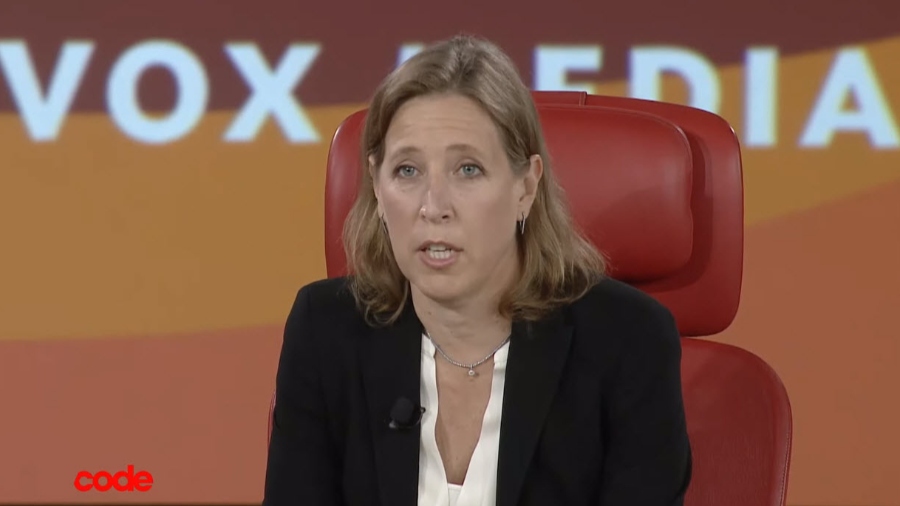 With regard to YouTube’s decision not to shut down Steven Crowder’s channel, you said, “I am truly, truly sorry. I know it was hurtful to the LGBT community. That was not the intention.”

While I appreciate your desire not to offend or hurt the LGBT community, why did you apologize only to them? How about all the communities that get slammed and mocked and slurred and maligned on a regular basis? (Yes, I mean on YouTube.) Why not apologize to them?

Your company did, in fact, take harsh action against Crowder, demonetizing his entire channel for alleged infractions. But, as you explained, “If we took down that content, there would be so (much) other content we’d need to take down. We don’t want to be knee-jerk.”

With all respect, Ms. Wokcicki, YouTube is being knee-jerk.

Surely you and your team must know that there are countless channels filled with derogatory and defamatory content.

Surely you and your team must know that there are countless channels filled with derogatory and defamatory content. On a daily basis, they ridicule others based on their religious beliefs or moral convictions or other highly sensitive issues.

But when a conservative like Crowder insults a gay journalist, calling him a “lispy sprite” and “little queer,” you take action against him. And you apologize to the LGBT community for not removing his content altogether.

The Height of Hypocrisy

To be quite candid, this strikes me (and many others) as the height of hypocrisy.

You see, on a personal level, we get slammed all the time. (By way of comparison, what comes our way is 100 times worse than the “lispy sprite” and “little queer” slurs.)

People rip into us, individually and corporately, trampling our names and reputations into the mud.

We get mocked in the ugliest and crudest terms.

Our faith — one of the most precious things in our lives — gets ridiculed and reviled.

In stark contrast, when an outspoken gay journalist is insulted by a conservative commentator (and comedian), swift action is taken and strong apologies offered.

Again, to be quite candid, I wish everyone would be more civil.

I wish everyone would step higher.

I don’t like the ugliness of social media, the crassness, the baseness.

I’m often stunned by the vile comments posted on my own channel, the vulgar insults, the death wishes. How low can people go?

And it’s not just comments. There are videos posted against me (and countless other people of faith) that are every bit as ugly.

Yet, to repeat, these venomous video creators continue to act with impunity. Why?

To this moment, as soon as one of my videos is posted, it gets flagged by YouTube, without explanation. (I invite your staff to review the 1700+ videos on my channel. They will not find one with a defamatory comment or any kind of slur.)

Yet with virtually every single video, every single day, we are forced to appeal for a manual review, and often, without rhyme or reason, the video is demonetized. (I have documented this countless times; there’s no need to do so here again.)

Unfortunately, we have seen this same hypocrisy across other social media platforms, such as Facebook. We get penalized for quoting the Bible (when it offends LGBTs) but others can mock the Bible freely without penalty or censure.

We get blocked or deplatformed for espousing conservative Christian values. But others can launch the vilest attacks against our values without consequence.

Ms. Wojcicki, is this right? Is this fair? Is this equitable? Is this just?

I agree with you that you need to be very careful in terms of what content you take down. In fact, the last thing I’m doing is asking you to take down any of the offensive content I have referenced.

I’m simply asking you to level the playing field.

To recognize how slanted your company is against conservatives (both religious and political).

To acknowledge the depth of YouTube (and Google’s) double standards.

To do the right thing.

Indeed, Susanna Hoffman was spot on when she wrote that, “YouTube’s Arbitrary, One-Sided Policies Threaten Free Speech In America.”

This is no exaggeration. (See here for a recent, serious infraction.)

I understand, of course, that you’re the CEO of a massive company rather than the pastor or priest or rabbi of a congregation. You’re a businesswoman rather than a moral guide.

But even from a purely business perspective, it would make good sense to recognize and renounce your company’s hypocrisy and bias before it’s too late.

Again, I, along with others of like perspective, would rather stay than go. But the more you conspire against us, the less choice you leave us.