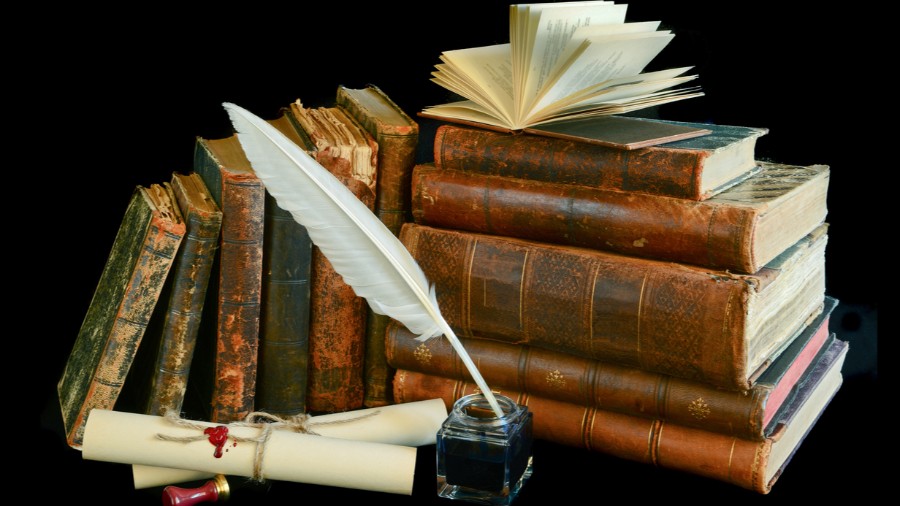 Last week you wrote an open letter blasting the Trump Administration for canceling Critical Race Theory training sessions in the federal government. I found your letter revealing. What it shows is not merely why Trump made the right call, and why we should dig such propaganda out from public service root and branch. It also shows why Critical Race Theory is an enemy of American democracy, just as the administration asserted, for it undermines social harmony and sound reasoning. And your letter also shows why the American education system stands in need of radical reform.

“We Write With One Voice”

You say, “We write with one voice” to defend Critical Race Theory. As lawyers, shouldn’t such unity of opinion trouble you? You brag of alleged “diversity,” when nearly all professors in the humanities and social sciences at American universities are left-wing. Surveys show that Liberal Arts faculty are overwhelmingly registered Democrats rather than Republicans. The ratio ranges from 5 to 1 in chemistry to 43 to 1 in sociology. And the American faculty is becoming less diverse where it counts. Georgetown University law professor John Hasnas pointed out in the Wall Street Journal that in 20 years of faculty searches, he was repeatedly instructed to spare no toil or expense to hire female and minority professors.

In my experience, no search committee has ever been instructed to increase political or ideological diversity. On the contrary, I have been involved in searches in which the chairman of the selection committee stated that no libertarian candidates would be considered. Or the description of the position was changed when the best resumés appeared to be coming from applicants with right-of-center viewpoints. Or in which candidates were dismissed because of their association with conservative or libertarian institutions.

No wonder you speak with one voice! You’ve shut opposing voices out of your schools! And so a “conversation on race” at Berkeley becomes a bore, featuring only people who say the same thing in different ways. Your so-called “diversity” has become a giant puppet show. America’s legal system requires both sides of a case to be heard. The prosecutor and the defense make opposing arguments. The Law assumes that powers must be balanced, a concept that is fundamental to our free institutions. So why is there so little balance of power in American universities today?

You complain that Trump accuses CRT trainers of teaching “two inaccurate and wildly oversimplified tenets. The first is that the United States is “an inherently racist or evil country.” The second is that white people are ‘inherently racist or evil.’” Thus, Trump supposedly reduces a “sophisticated, dynamic field, interdisciplinary and global in scope” to “simplistic absurdities.” Have you seen, though, Christopher Rufo’s description of brow-beating and overt racism federal employees have been subjected to? Why are you so confident that no abuses can possibly have occurred in these training programs? Did you attend those sessions?

You say Trump has decided to “ban federal employees from learning about (CRT) through trainings.” Why is that a problem? Federal workers can buy copies of White Fragility and meditate on the book in a cave over the weekend. Why should the people of the United States pay to train federal employees in Woke ideology? What we really object to, though, has less to do with federal employees learning about neo-Marxist beliefs, and much more to do with their arms being twisted to accept a philosophy we find both destructive and irrational.

You write, with proselytizing fervor:

CRT invites us to confront with unflinching honesty how race has operated in our history and our present, and to recognize the deep and ongoing operation of ‘structural racism,’ through which racial inequality is reproduced within our economic, political and educational systems even without individual racist intent.

I see little sign of “unflinching honesty,” sophistication, multi-disciplinary insight or global awareness in these words. In this short passage alone, you use the words “race,” “racial” and “racist” four times. But you never mention the real determining factor, culture. Inequalities, it seems, can only derive from personal or structural racism. That’s a foundational tenet of CRT and your letter, which I find narrow, silly and ignorant. (I detail my reasons for that in Letter to a “Racist” Nation.) The hallmark of CRT seems to be its refusal to learn and deal honestly with the nature of global culture. It ignores the insights of history, anthropology, comparative religion — even of nutritional studies!

Consider, for instance, Malaysia, inhabited mainly by four ethnic groups: Malays, Chinese, Indians and aboriginals. Generally speaking, Chinese, who first domesticated the pig, still love to eat pork. Malays, being mostly Muslim, do not. That one cultural difference is sure to affect the lives of these two peoples one way or another. Pork may prove a healthy source of protein. Or poorly-cooked meat may transmit disease, or barbecues may make people fat. Pig farms may contribute to environmental pollution, or help Malaysia preserve its fisheries.

“Unflinchingly honest” scholars such as you should recognize, in a non-judgmental way, how culture molds such differences. Every aspect of culture will inevitably make a difference in the lives of those living under that “sacred canopy.” This begins with religious beliefs, but includes much more: cuisine, holidays, sports, education, child-rearing, divorce, music and a “tight” or “loose” attitude towards authority,

Culturally-informed choices explain why, globally, relatively powerless minorities often make more money. (Chinese Malaysians also earn more than native Malays. The gap is even greater in Indonesia, where they have been a persecuted minority.) CRT misses this, and the oversight makes it a house built upon sand. Your failure to recognize the importance of culture or gender means you have signed onto this same lack of theoretical sophistication and global awareness that renders CRT akin to phrenology or voodoo.

You claim to experience the “intellectual value” of Critical Race Theory “every day,” through the “brilliance” of (invariably left-wing) scholars, whose work “has shaped legislation, court cases, programs and policies.”

But that’s exactly what we’re worried about! You seem to admit no possible downside to the cultural revolution you promote. In the name of anti-racism, you become racists again! You can’t even put “black” and “white” in the same case!

If employees learned about the theory of intersectionality, it might help them understand why Black women face a larger wage gap than either white women or Black men, and help motivate federal programs that try to address the disparities they face. When federal employees learn about the dangers of and the pervasiveness of implicit bias, it can spur improved processes and fairer decisions about who gets a job or receives a federal contract.

If you allowed conservative voices on campus, say that of Mona Charen, they would challenge your assumption that women are discriminated against in the workforce. Just look around and see how people make choices. My sister, with a head for business and real estate investment, dropped that and became a psychotherapist. Why? Because she likes working with people more than making tons of money.

Gender, like culture, matters. In the aggregate, women tend to think somewhat differently than men. Ask your colleagues in biology and neuroscience. People make human choices, multiplied millions of times, that create the data you naively expect (no, demand) must balance out perfectly. Otherwise heads will roll! (We know what you mean by “fairer decisions about who gets a job.” We see how you make decisions when you hire new faculty!)

You say you are proud of the “diversity within our communities,” while confessing (yours is a caricature of a confessional faith community, as was the Chinese Cultural Revolution) you “have further work to do to become more deeply anti-racist.” Then you warn of “rhetoric redolent of McCarthyism and the Red Scare, deeply anti-intellectual episodes in our own history.”

How predictable. I wish you would have cross-disciplined yourself into talking to my history professors. I wish you’d spoken with some of the folks I met who had been locked up and tortured, or seen loved ones murdered, under Marxist regimes.

You think communists were just a “scare.” The notion that they could be any real danger seems unthinkable to you, even after the Gulag, the Killing Fields, and yes, the Cultural Revolution.

Put Your House in Order

Put your own house in order. Let’s see real diversity on campus: diversity of thought. The University of California is not your private madrassa. We the people pay your salary. Show us you have the guts to hire a genuinely diverse teaching staff, before telling us how to solve our supposed narrowness.

It is time you demonstrated confidence in your own ideas, as a trial lawyer does in standing up before a judge and an opposing lawyer, in the schools you run. Law professors speaking “with one voice!” What could be scarier than that?

A Mordor-like haze of smoke has settled upon the West Coast from Los Angeles to Seattle. On campuses, too, we need a fresh wind off the ocean to stir up the oppressive atmosphere of one-sided ideology that you accept with such serene complacency and self-congratulations.