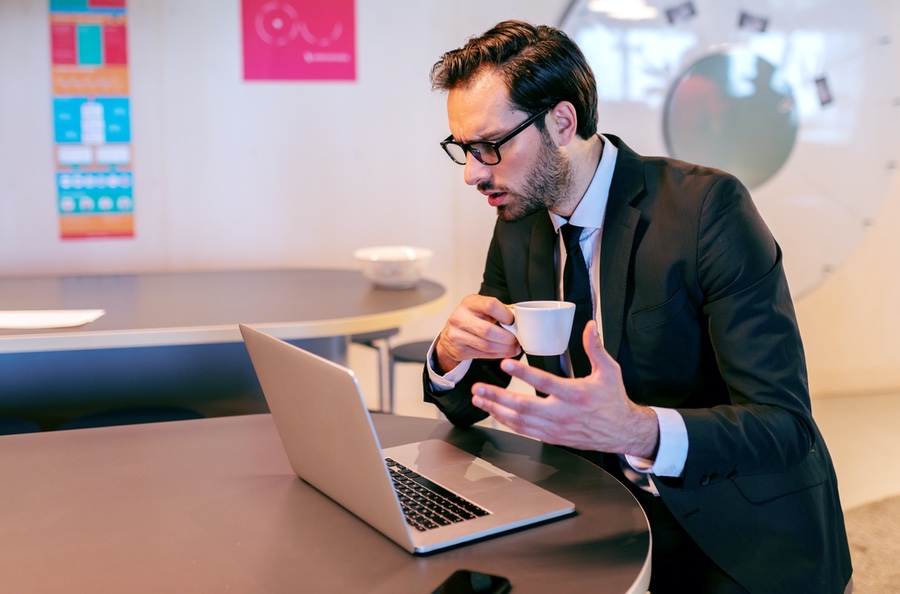 Dr. Michael Brown has already told us about an open letter to evangelicals urging them to repudiate Donald Trump and renounce all support for him. There’s more, though. It was sponsored by the Global Center for Religious Research (GCRR), which on January 26 posted a highly inflammatory and inaccurate blog post to accompany the letter.

The blog post features an editorial cartoon depicting Trump as a devil with horns, smirking and pointing to “666” tattooed on his shoulder. Flames burn behind him. The caricatured southern-ish evangelical has his hand on his shoulder and says, “As long as he’s pro-life we can OVERLOOK some minor character issues.”

The author of this blog post, Darren M. Slade, is a theologian and philosopher whose own religious beliefs I do not know — except I know he contributed a chapter discounting miracle claims to The Case Against Miracles, edited by the prolifically crusading atheist John Loftus.

Still he places himself in quite a line of religious tradition anyway, writing, “Just as the underground Confessional Church separated itself from the German Evangelical church in the 1930s, by way of the Barmen Declaration, this letter will make history in its acknowledgment and denouncement of the growing Trump cult.”

“Make history”? I doubt it. Not that way. In fact, if you’re feeling some anger at this point, go ahead. At least for a while. I think it’s justified. But let it not be just a knee-jerk response. Let’s think this thing through together.

Let’s start by noting that when Slade says “cult,” he means it. The open letter is a demand, he says, for “an end to the cult-like determination of ignoring Mr. Trump’s blatant and obvious moral depravity.” That’s incredibly judgmental. But we’re just getting started here: It’s wrong, too.

It’s wrong, even though Slade thinks the letter comes from people who “know more about the Christian religion than just about anybody.” I could get up in arms about that statement, but why? It comes across more lame and pathetic than anything else. Slade is not convincing, even when he’s being judgmental.

The Cartoon Goes Outside Even Political Cartooning’s Bounds

Neither is the cartoon (by David Fitzsimmons), which is a good deal worse than judgmental. Now, we have to remember that cartoons are a form of political speech with their own conventions, including exaggeration, caricature, and over-simplification. No one expects them to be nuanced.

I could complain, for example, that those focuses only on evangelicals’ pro-life concerns, when we’ve got a whole range of policies we care about. But a complaint like that would be getting the genre wrong. Over-simplification comes with cartoons, so hey, get over it.

Even bearing that in mind, though, this cartoon is wrong. It’s falsely inflammatory beyond even the wide bounds of its genre.

That the GCRR would do that here is just stunning.

It’s way over the top in depicting Trump as a satanic Antichrist figure. I don’t need to defend him on that; it’s too obviously beyond the pale. Besides, can you imagine anyone cloaking our previous president in such garb, even in a political cartoon?

I know a man who’s still obsessed with his strange theory that Jesus predicted the Antichrist would have the name “Barack.” We call views like that “kooky,” or if we’re being very charitable, “fringe.” We don’t endorse them. We don’t put them on blog posts — especially on academically-oriented sites. We don’t present them as our way of explaining why half of Christendom is wrong.

That the GCRR would do that here is just stunning.

Fitzsimmons’ cartoon is also wrong for saying evangelicals “overlook” Trump’s flaws. I don’t know any Christian who does that. Not one. Instead (for the millionth time, already!) we support him because he was a better choice for president than anyone else in 2016, he’s our president now, and on the whole he’s accomplishing a lot of good.

Our support for Trump is neither adulation nor idolatry. Neither is it one-sided, nor is it uncritical. We support him in prayer, including prayers that he’ll tone down some of his Twitter language. We support him in his policies, including columns here at The Stream urging him to change some of them — in Syria, for example. (Trump did change his plans, by the way.)

This is what support looks like: prayer, speaking truth to power (including criticism as needed), and expressing appreciation for the good he accomplishes. This is absolutely not what you see in a cult. (The “cult” error belongs to Slade, not Fitzsimmons.) It’s not mindless, and it’s not as morally idiotic as this whole blog post tells us it is.

It’s strange, actually. The GCRR says its mission is “to make unique and significant contributions to the scientific, historical, and philosophical study of the world’s religions for the purpose of educating both the general public and academic specialists.” Is this responsible academic behavior?

Slade says his research is about eliminating confirmation bias through logic and the proper use of evidence. What logic, reason, or evidence would lead him to believe evangelical support for Trump is cult-like? Or that we overlook his flaws?

From the language of the open letter, is this the example of “moral credibility” they want to set?

Sheer Hubris, Besides. But Pray for Them.

Slade predicted this open letter “will make history” like the Nazi-era Barmen Declaration “in its acknowledgment and denouncement of the growing Trump cult.” He’s got the cult part wrong. The “make history” part? Sheer hubris.

But it’s not just the hubris of predicting history, though that’s bad enough. It’s also the pride of picturing half of Christendom as morally inferior to himself — and doing it based on a view that’s riddled with bias and error.

That’s how I see it. Are you still angry? Let it go. It’s not worth it. Pray for Darren Slade, David Fitzsimmons, the GCRR, and the signers of the open letter. Ask God to show you where you’ve made the same kinds of errors, for we all have. Ask Him, too, to show the believers among them that splitting Christianity right down the middle isn’t the way to present the true face of Christ.

The Religion of White Supremacy?