In recent months, thousands of Christians have been killed for their beliefs. David Curry of Open Doors reveals the worst persecutors, from North Korea to India to nations in northern Africa. 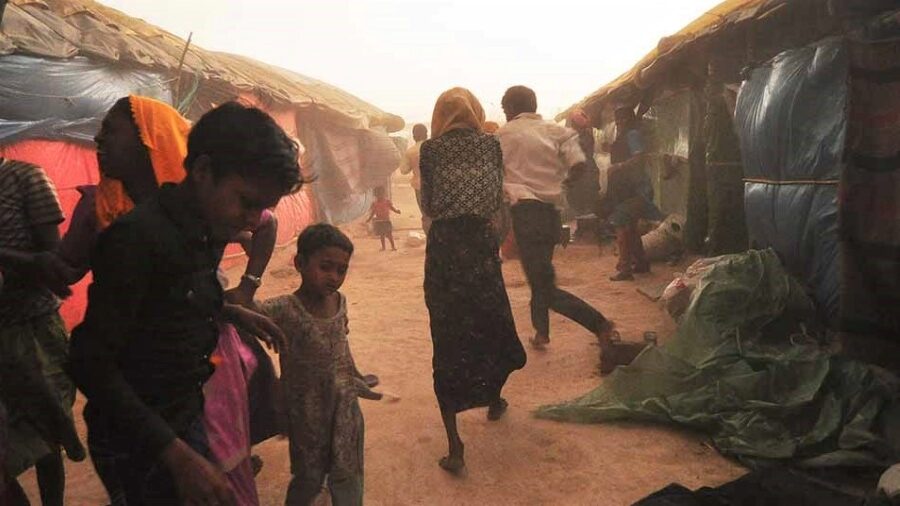 On Wednesday, nonprofit group Open Doors unveiled their annual listing of the 50 most dangerous countries to be a Christian.

Unique to this year, Open Doors CEO David Curry noted “uncertainty and fear” has gripped the world due to the pandemic.

“We’ve been fighting a virus we cannot see with the naked eye,” he said. COVID-19, he added, has been used to justify “discrimination, isolation, and violence” against Christians.

Officials in the Trump administration’s State Department affirmed the annual World Watch List is an important tool. Sam Brownback serves as ambassador-at large for international religious freedom. He said in a livestream video that his team uses this analysis in their advocacy.

“The day will come when people are able to practice their faith freely, and governments will protect this right,” said Brownback. “This day is getting nearer, and Open Doors helps with this effort.”

In a phone interview, Curry shares the latest on global persecution to inform the prayers and advocacy of Christians. “Whatever censorship you feel, it’s 1,000 times worse for every country on the World Watch List,” he said. The transcript has been lightly edited for length.

What We Know — And What We Don’t

North Korea tops this list for the 20th year. But it seems like actual reporting of these atrocities remains scarce. What new information has emerged about their labor camps and the death toll of innocent people?

David Curry: Things remain largely unchanged in North Korea. The labor camps are so vast, it’s hard to know how many people are detained. We know that north of 60 thousand believers are imprisoned for their Christian faith.

We don’t report how many people are killed for their faith, due to a lack of specific info of North Korea. Even with the opaque nature of our data, it’s still number one on the World Watch List which speaks to the brutality there.

Today, their government denies they have issues with COVID-19. But within the country, they’re calling it a ‘ghost disease.’ People who are already weakened by hunger and lack of medical care are dying very quickly. Because Christians are classified as the number one enemy of the state, that puts them at particular risk. They’re often the last to get food and medical care, if there is any. This vulnerability health-wise is an added factor to their already very dire situation.

Are there faith-based groups working to resource believers there or and even rescue those who are in prison?

Curry: Many years ago in the Soviet Union, Open Doors began as a group that was smuggling Bibles across the border. Today, our interest is in making sure that we speak up for North Koreans and other people who are suffering for their faith. We make sure they’re not alone. Whatever happens within the country, that’s not something that we talk about.

But I can tell you, Christians are there. We estimate the nation could have half a million Christians or more. They want to be good citizens. They’re not doing any criminal activity, as you and I would know it. But they’re in great danger because they want to read the Bible and have a personal faith in Jesus.

Four of the top nations of concern on the list are in Africa. I’ve heard events in Nigeria described as a ‘slow-motion genocide.’ What has happened over the past year in these nations? 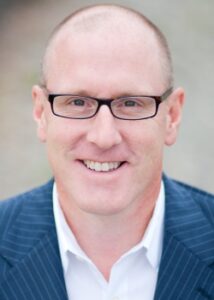 Really, that nation is being split in two. In the south, they have freedoms and dynamism in their economy. In the north, Sharia law has empowered extremist groups. Boko Haram and the Fulani are pressuring and attacking Christians.

A genocide of Christians is happening. Fulani groups are burning down crops of Christian-majority villages. Boko Haram is attacking and murdering families.

Their ideology targets Christians as the problem, so they’re attacking them. This is a picture of what’s happening in Africa as an entire continent.

You have the northern nations with stronger Sharia law rules, where these extremist groups are free to terrorize. In the South, you have countries that are majority Christian populations.

That’s a helpful way to understand this wave of violence in Africa. But many Americans recall headlines that said, ‘ISIS Has Been Defeated.’ Why is violent extremism based in Islam a persistent threat?

Curry: People have to understand that, yes, ISIS has been defeated in territory they’ve controlled. But they don’t need a capital city or a physical territory to spread their ideology and to spread their money around. We’re grateful that ISIS was defeated in northern Iraq and those governments are trying to protect those regions again and Syria.

Islam has to address these radical elements, because they’re using theology as a premise for these attacks. It’s not all of Islam, but there is a cancer of extremist ideology. That ideology has metastasized in Africa and other parts of the world, which is driving up the numbers of violent incidents.

It has to be discussed. We can’t talk around it. It’s a major, significant issue. But it’s not just about controlling territory. It’s about the spread of this ideology through schools and madrassas that are being funded around the world.

Speaking Up — Even for Threatened Muslims

How has the COVID-19 pandemic been used as a license to discriminate by some nations and terrorist groups? In the presentation, you mentioned this in relation to India.

But the reality is his people are clear on their policies. They don’t want Christians in the country. They’re trying to make it difficult for them. That has emboldened local community leaders, police, and other village leaders to attack Christians and discriminate against them.

It’s manifested this year in COVID relief. All of these Indian citizens who lost their jobs need food and medical aid. But it’s being withheld from a significant portion of Christians in India. It’s also happening in Pakistan and elsewhere.

But India is a large democracy, so it’s notable their government is headed in the wrong direction. Since 2014, when Prime Minister Modi came into power, we’ve seen this massive spike in discrimination and violence against Christians in India.

Some people may be surprised that this report authored by a Christian group would mention threats to Muslims. It hones in specifically on China and India, two of the world’s largest nations. Why should Christians be concerned about that?

Curry: It’s true that some extremist Muslims are persecuting Christians. We have highlighted those issues where they happen. But religious freedom is really about the ability of people to decide for themselves what they think. Where you have governments or religious extremists attacking Muslims in ways that we can document, we certainly will not avoid noting it.

Many officials in these [persecuting] nations need to know one thing. That is: you cannot force Christian faith upon somebody. It’s an internal spiritual journey. People decide for themselves. It’s a journey of the heart. So there’s nothing to fear from Christianity. And Christians don’t have anything to fear in the open market of ideas.

But you have other faiths that are attacking Christians, and that’s not acceptable either. In China, you have Uyghur Muslims who are being detained in labor camps, over a million of them for their faith and their ethnicity. It’s relatively easy for China to do this, because their numbers in northwest China have diminished. But I think China is willing and able to do this to large portions of Christians as well.

We have to call this out and say, ‘Look what is happening to Uyghur Muslims.’ They started by monitoring Muslims and using facial recognition in mosques. Now those systems are in Christian churches. They’re starting to detain pastors. Make no mistake: the Chinese government is coming for their hundred million Christians. It’s a pattern that we can elucidate for people. What has happened to other religious minorities in China is now occurring to Christians.

Most Americans are focused on domestic issues right now, including concerns about censorship and free speech. What would you say to Christians regarding the need to see the crises beyond US borders?

Curry: People are rightly concerned about the potential for censorship of viewpoints in the West. Whatever fears you have, whatever signs you may see of censorship, try to imagine it a thousand times worse. Imagine a centralized government database that has a scoring system for civic behavior, that measures church attendance and Christian faith as a negative.

Then you begin to understand how intense this is in China and could be elsewhere. They’re selling this technology to Iran. Imagine if an Islamic regime such as that starts to monitor believers in a coordinated way as China is doing.

In the US, today we have a full set of problems. But maybe, in a global context, our problems are not the highest priority. Significant human rights issues are affecting 340 million of our Christian brothers and sisters worldwide. We cannot diminish the intensity and severity of that.