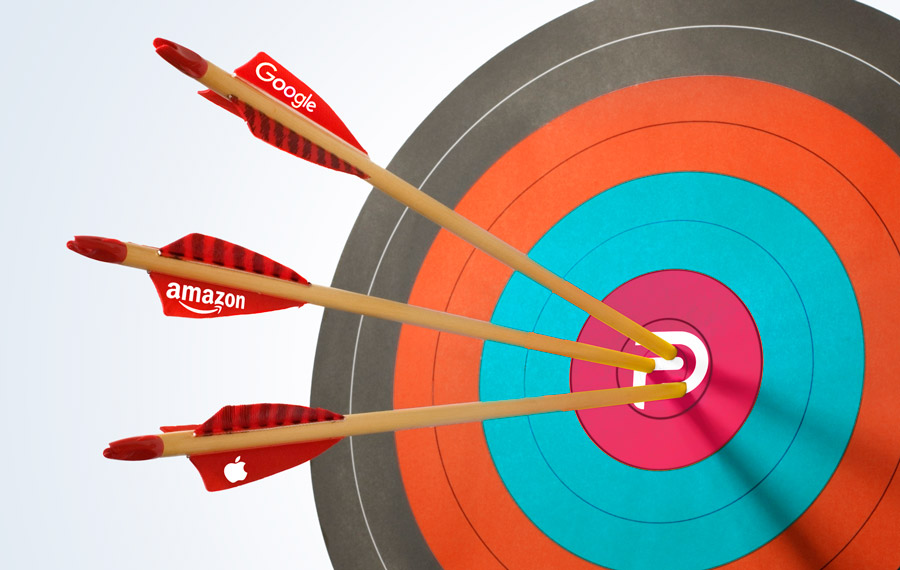 Perhaps the best source I can point to on what Big Broth — I mean, Big Tech, is doing to conservatives is, ironically, the non-conservative Glenn Greenwald, who has had to “go independent” because of his straightforwardness and is now on Substack.com.

Tuesday, he posted a commentary called “How Silicon Valley, In a Show of Monopolistic Force, Destroyed Parler,” which details the principles of privacy and free speech behind the social media platform and its growth after being set up in August 2018. That growth spiked dramatically after other social media censored the New York Post’s story about Hunter Biden and started deleting posts even by the President of the United States, labeling them “misinformation.” When Twitter finally terminated Trump’s access, that was enough for millions, and they started leaving in droves for Parler.

As Greenwald notes, the people behind Parler had done exactly what the social media giants had always said to do: If you don’t like the rules we impose, go start your own platform and make your own rules. But when Parler succeeded, they fought dirty to force it out of business. Just when it became the most downloaded app in the country, tech giants Apple, Amazon and Google worked seamlessly as one to abruptly remove it from the internet.

If Parler’s attorney’s are reading, Greenwald offers the perfect opening statement for when their huge lawsuit reaches court:

If one were looking for evidence to demonstrate that these tech behemoths are, in fact, monopolies that engage in anti-competitive behavior in violation of anti-trust laws, and will obliterate any attempt to compete with them in the marketplace, it would be difficult to imagine anything more compelling than how they just used their unconstrained power to utterly destroy a rising competitor.

Greenwald tells how this unfolded, starting with a letter from Apple that said they’d received “numerous complaints” and “accusations that the Parler app was used to plan, coordinate, and facilitate the illegal activities in Washington, DC, on January 6, 2021, that led … to loss of life, numerous injuries, and the destruction of property.” It warned that they must submit the requested “moderation improvement plan” within 24 hours or their app would be removed from the Apple app store.

Not surprisingly, the letter was immediately leaked to Buzzfeed, which, not surprisingly, published it in full. Parler tried to communicate with Apple without success. The next day, Apple told Parler that it wouldn’t distribute apps that represent “dangerous and harmful content” and removed them. An app that’s not downloaded from the Apple store cannot be used with an iPhone. As Greenwald explains, even if the Parler app has already been downloaded, it won’t be updated, which will soon render the platform “both unmanageable and unsafe.”

In a matter of just a few days, Parler went from being the most popular and fastest-growing app in the country to being banished from the internet.

The next day, Amazon delivered Blow #3, informing Parler that its web hosting service was terminating them. Parler was then, effectively, offline. Amazon said: “Because Parler cannot comply with our terms of service and poses a very real risk to public safety, we plan to suspend Parler’s account effective Sunday, January 10th…”

In a matter of just a few days, Parler went from being the most popular and fastest-growing app in the country to being banished from the internet.

Leftists, who used to be pro-free speech, are cheering the demise of Parler. Ding, dong, the First Amendment is dead!

But Parler wasn’t designed to be an echo chamber of MAGA-hatted Trump supporters. As Greenwald describes it, “The platform was created based in libertarian values of privacy, anti-surveillance, anti-data collection, and free speech.” It was for people who wanted privacy and didn’t like the idea of being “data-mined.” It was also for those who increasingly objected to the rules about what could or could not be said — and no, that doesn’t apply to calls for violence, which are against Parler’s terms of service anyway and are already illegal on any platform.

Greenwald’s article is very detailed and examines Big Tech’s close relationship with politicians and the intelligence bureaucracy. It’s a must-read.

On Tuesday, Greenwald, appearing with Tucker Carlson, said Big Tech companies are “acting like nation-states,” with Facebook even setting up “committees” to decide what speech is true, false, dangerous, not dangerous. Sounds as though Winston Smith of 1984 would be right at home there.

Greenwald pointed out that even world leaders who are not fans of President Trump, such as Germany’s Angela Merkel, are now speaking out about how dangerous Silicon Valley has become by “anointing itself the world media that controls and is more powerful than their democracies, because they know that’s coming for their democracies as well.”

Biden reportedly got ten times more money from Big Tech than Trump did. The real menace is that they’re working hand in hand now to control all expression.

He elaborated on what he’d said in his commentary, noting that out of the first 13 arrested for Capitol Hill violence, “a total of zero” were active on Parler. Most of the advocacy and planning had been done on Facebook, YouTube (Google) and Twitter. Yet AOC and others with power in the Democrat Party were demanding that Google and Apple “kick Parler off.” If their concern really is to stop violence, why weren’t they calling for Facebook and YouTube to be de-platformed?

Here’s one clue: Biden reportedly got ten times more money from Big Tech than Trump did. The real menace is that they’re working hand in hand now to control all expression. This is blatantly illegal and unconstitutional. But unless you want to talk about how “woke” you are and how much you still hate Trump, the plan is to leave you with cute fuzzy puppies and pictures of food. Any political or societal point of view that doesn’t get the leftist gold star will have to go.

Stand Up for Free Speech

Tucker also hosted Glenn Beck, who said he’d built his own media company in anticipation of this coming. With the current political upheaval and the technological upheaval, he said, these two powers “need each other.”

As a caution, Beck compared what’s happening to what FDR did to Japanese-Americans during World War II, confiscating their wealth, shutting their businesses and, eventually, even isolating them in camps. “You can’t have freedom of speech,” Beck explained, “if you can’t express yourself in a meaningful place.”

“This is like the Germans with the Jews behind the wall,” he said. “This is the digital ghetto.”

Beck is taking heat, of course, for making that comparison. But as he explained, he wasn’t literally comparing the current situation to Nazi Germany, just using it as an example to show the direction things can move without constitutional protection. He issued a warning: “If you don’t stand up for free speech, you will be the one that loses it as well.”