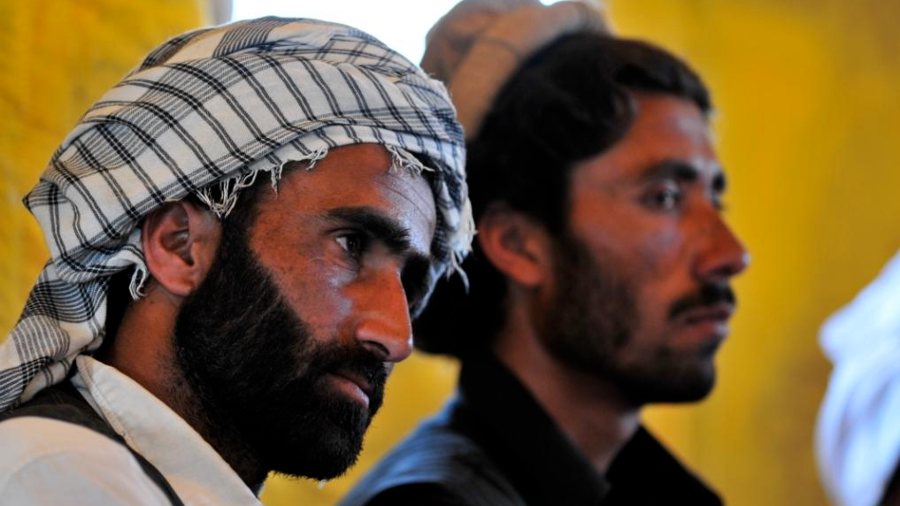 I’m a little confused here, because I thought we lived in America. Yet, Graham is now trying to jam his own church’s rules and doctrine down my throat. The last time I checked, I never signed up for the Billy Graham Evangelistic Association. (BGEA). I don’t even like his church, yet he thinks I should be forced against my will to live by its rules.

Do we now make our civil laws based upon Christian Sharia? Do we all have to follow his version of the Bible or be punished by government? And if this is the case, are we really a free country? Are we really much different than Iran, or is it only by a matter of degrees or a matter of time until these so-called “Christian Supremacists” get their paws on all of our laws?

The Republican Party: “Our Homegrown Taliban”

Actually, Besen was not the only one to react in this way. Already in May 2005, John McCandlish Phillips, formerly a Pulitzer Prize winning New York Times reporter, pointed out how newspapers like the Washington Post and the Times told their readers that evangelicals and traditional Catholics were engaging in a “jihad” against America.

Phillips noted that, days before his article was published:

Frank Rich, an often acute, broadly knowledgeable and witty cultural observer, sweepingly informed us that, under the effects of ‘the God racket’ as now pursued in Washington, “government, culture, science, medicine and the rule of law are all under threat from an emboldened religious minority out to remake America according to its dogma.” He went on to tell Times readers that GOP zealots in Congress and the White House have edged our country over into “a full-scale jihad.”

By 2010, Markos Moulitsas, founder of the radically left-leaning DailyKos.com, had written an entire book on the subject. The title says it all: American Taliban: How War, Sex, Sin, and Power Bind Jihadists and the Radical Right.

In the introduction Moulitsas claimed that “the Republican Party, and the entire modern conservative movement is, in fact, very much like the Taliban. In their tactics and on the issues, our homegrown American Taliban are almost indistinguishable from the Afghan Taliban.”

And remember: This was not meant to be satire. Moulitsas was dead serious, as are many of his readers, who share his views.

He opined, “You’re saying to the country, we’re going to operate under a religious theory, a religious belief. We’re gonna run our country this way, to the point of making a woman’s decision to have an abortion, her reproductive rights, as criminal, perhaps murderous.” (For the record, he was referring to Ryan’s “personhood” argument which would grant 14th Amendment rights to the baby in the womb.)

But, as I wrote in Saving a Sick America in 2017, “this claim of Matthews, which raised quite a few eyebrows in 2012, now seems tame when compared to the latest rhetoric launched against conservative Christians. In fact, it’s not enough to compare us to the Taliban. We are now being likened to ISIS.”

Some Liken Us to ISIS

I gave some anecdotal evidence of this in an article published September 13, 2012, titled, “When Committed Christians Are Compared to ISIS.”

In the article, I noted that, a few days earlier, “Dixie” posted on my Facebook page, “You are just as ugly as Isis!”

I asked in response, “Because we want to protect innocent babies in the womb? Because we care about marriage and family? Because we feed the poor and needy around the world? Because we want the whole world to know how wonderful Jesus is? Please be kind enough to explain your views.” Dixie didn’t respond.

Just a few days before that, “Jeromeno” posted this on my YouTube page: “Kim Davis [the county clerk who went to jail rather than issue same-sex marriage certificates] is an ISIS infiltrator in America with a mission to spread. The most radical interpretation of Sharia Law. ISIS needed a hero a Jeanne d’Arc and they found one in KIM DAVIS.”

In response to this comment (and others) I wrote:

So, ISIS is beheading Christians who refuse to convert to Islam and crucifying Muslims who are not radical enough. ISIS is burying little children alive, burning prisoners alive, drowning them in cages, raping teenage girls and selling them into slavery, and throwing gays off buildings. Yet when we say, “Gays are free to live how they please and enter into the relationships of their choosing – that’s between them and God – and if they want a minister or judge to sanction their ‘marriage,’ they can do that, just don’t force us to participate in their ceremony’ – we are now like ISIS.”

I also noted in 2017 that “Well-known media personalities like Montel Williams have compared supporters of natural, male-female marriage to ISIS.”

Today, as Megan Basham pointed out on the Daily Wire, it is people like MSNBC host Joy Reid and actor Tim Russ and author and freelance journalist Feminista Jones and writer John Max Smith who have compared conservative Christians to the Taliban (rather than ISIS, since the Taliban, once again, are the face of radical Islam).

To quote Smith directly, “Make no mistake; Christian evangelicals are America’s #taliban and weld as much power too in their society.”

Make no mistake; Christian evangelicals are America's #taliban and weld as much power too in their society.

Filmmaker Michael Moore has chimed in as well, referring to Christian conservatives as “our own domestic Taliban.” (For his explicit reference to Southern Baptists, see here.)

Do You Prefer “Christian” America to Taliban-Run Afghanistan?

Perhaps it would be worthwhile if a wealthy benefactor could pay for some of these outspoken leftists to spend 6 months, all expenses paid, living in Afghanistan, where gays and patriotic folk singers are being shot in the head, women without burqas are being beaten (or killed), and girls are being ripped from their homes and used as lifelong sex slaves.

After a day, let alone 6 months, these leftists would be longing to get back to “Christian” America.

(Some material in this article was adapted from Saving a Sick America: A Prescription for Moral and Cultural Transformation.)