On the Jennifer Rubinization of Liz Cheney 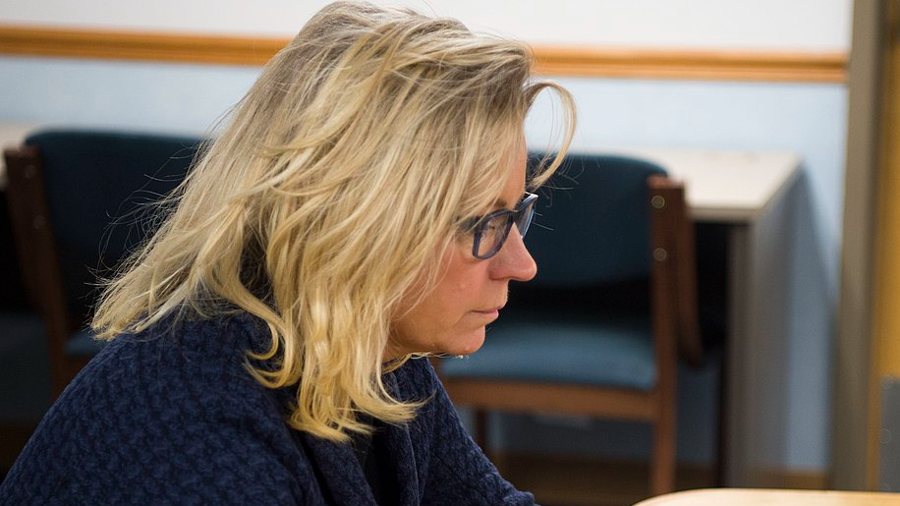 I was not against Liz Cheney just because she held Donald Trump responsible for January 6th. I’ve said all along that Trump created a powder keg by claiming the election had been stolen and then on January 6th, he lit the fuse. (And that included treating his loyal vice president Mike Pence horribly.)

Trump was responsible, but for … what? Not for leading an “insurrection” or fomenting an attempted “coup” or trying to “destroy democracy.” The claim that he did that is a lie. The truth was ugly enough, but Trump was not the fascist traitor the press and the Democrats said he was.

The Deep State did see how January 6th could be exploited and did all they could to make it a weapon they hoped would take down Trump forever. And Liz Cheney went right all along with them. “The lie that the 2020 presidential election was stolen is insidious,” as she said after her defeat and something so insidious must be stopped.

She is going to run for President as an independent. Not to win. But to punish Trump in particular, and the Republicans in general, by denying them the White House.

That’s why I was against her.

She Needed to Be Sacked

I was happy to see Liz Cheney lose her leadership position in the GOP. I was not happy to see Elise Stefanik replace her. I’m an issues guy, not a cult-of-personality guy, and Stefanik is more liberal than Cheney.

But even if you think Trump is to blame for January 6th, you can’t attack the leader of your party every day and serve in the Republican leadership. What party are you serving? That was what Liz Cheney was doing. Kevin McCarthy was right to sack her.

Nor is Cheney any longer the conservative I mention above. She voted for the gay marriage bill, a total 180 degree reversal of a position she once held with such conviction that she had a falling out with her sister over it.

I’m told that she will not support Ron DeSantis for President because his program is too similar to Trump’s. Think about that for a moment. If you want Trumpism without Trump, DeSantis is your man. If Cheney’s only objections to Trump are his lack of character, his election denial and its consequences, she should be on board the DeSantis train.

She’s not, though, for the same reason she’s now pro-gay marriage. We’ve seen this movie before. It’s the Jennifer Rubin story.

Rubin is the NeverTrump Washington Post columnist who lost her mind over Trump and never found it again. She repudiated her previously-held conservative positions. All her words express Trump-hatred.

Take the titles of her last four columns as I write: “The GOP is paying the price for Trump’s loopy Senate candidates”; “Taking the Fifth should disqualify a politician from taking office”; “A Cheney presidential run would be a herculean task in a party beyond redemption”; “Trump has never been in so much peril. Nor has the GOP.”

So it now is with Cheney. Perhaps not the same way in every respect as Rubin. But her fixed desire to oppose Trump in every possible way is the same as Rubin’s.

Which is why, I’m sorry to say, all the celebrating in my newsfeed over Cheney’s primary defeat is premature. She has known all along that she was going to lose that primary. Holding her seat is not her real goal.

Her real goal is to be to the Republican nominee in 2024 (whether Trump or DeSantis or anyone else) what Ross Perot was to George H.W. Bush in 1992. She is going to run for President as an independent. Not to win. But to punish Trump in particular, and the Republicans in general, by denying them the White House.

Perhaps she will be as inconsequential as was Evan McMullin (another fake conservative) in 2016. Perhaps not.

But that singular goal is all that drives her. Liz Cheney is to our politics what Jennifer Rubin is to our op-ed pages.

However much you may disagree with Trump, you never want to go full Jennifer Rubin. You don’t want to be the person who can only attack one target, who seems to live to attack that target.

But Liz Cheney has gone, or is on her way to going, full Jennifer Rubin. Thus her well-deserved defeat in the primary. And, buoyed up by her new-found fame and the approval of the left, a run for president.

Focusing all her effort on denying the GOP the White House, that is the threat she may now pose. Liz Cheney is Jennifer Rubin. Let us hope that she is also Evan McMullin. And not Ross Perot.